SOUTH SAN FRANCISCO (July 30, 2019) – With the South San Francisco Unified School District’s Board of Trustees switching to a ward-based system of representation prior to next year’s election, District officials today said they are seeking public input as they map out what the

“We want to make sure our school board is representative of the community it serves,” said SSFUSD Board President John Baker. “Having trustees elected by our community’s diverse neighborhoods is one way to facilitate that representation.”

The District has two proposed maps made by National Demographics Corporation in hand, but is seeking additional submissions from the public. Those sample maps are also available at https://www.ssfusd.org/2020redistrict. Also at that site, members of the public can download base maps on which they can draw their own proposed election wards.

Maps can be downloaded at home or on computers available for free public use at the South San Francisco Main Library (840 W. Orange Avenue), Grand Avenue Library (306 Walnut Avenue), and the Serramonte Branch of the Daly City Library (40 Wembly Drive). Paper copies will also available at all of the above locations, as well as the District Office, 398 B Street, in South San Francisco and the Boys & Girls Club of North San Mateo County (201 W. Orange Avenue).

For more advanced cartographers with mapping software, such as ArcGIS or Google Earth Pro, GIS shapefiles and census block figures for the District are available on the District’s webpage as well.

The following criteria to be considered when designing election districts. The five wards:

The SSFUSD has five trustees, two of whose spots will be up for election in 2020, with the other three in 2022. The Board has requested that current trustee residences not be taken into account when designing maps.

In order to have sufficient time for interested candidates to prepare, the SSFUSD Board hopes to select election ward boundaries in early Fall 2019. Therefore, it is requesting any proposed maps be submitted before Aug. 30, 2019. 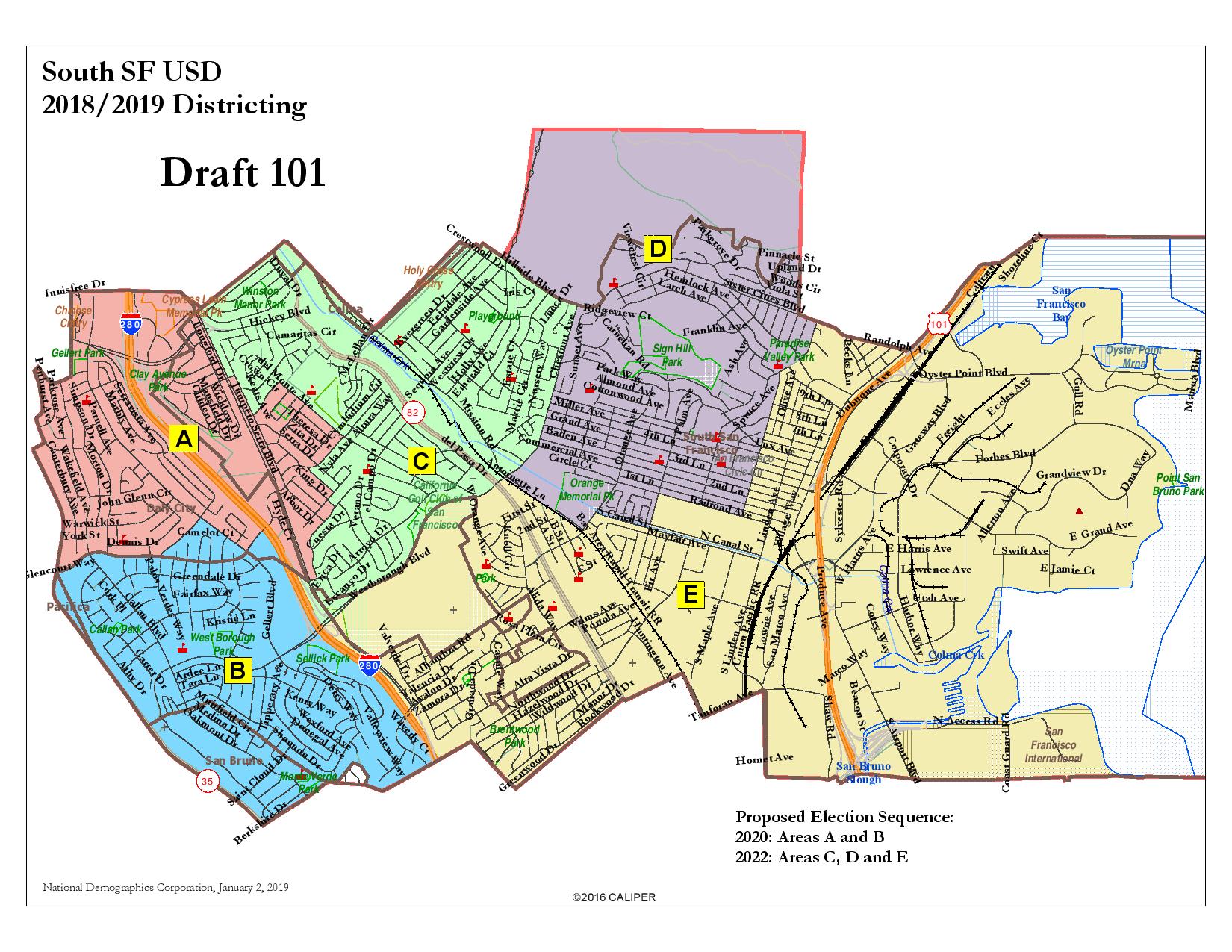 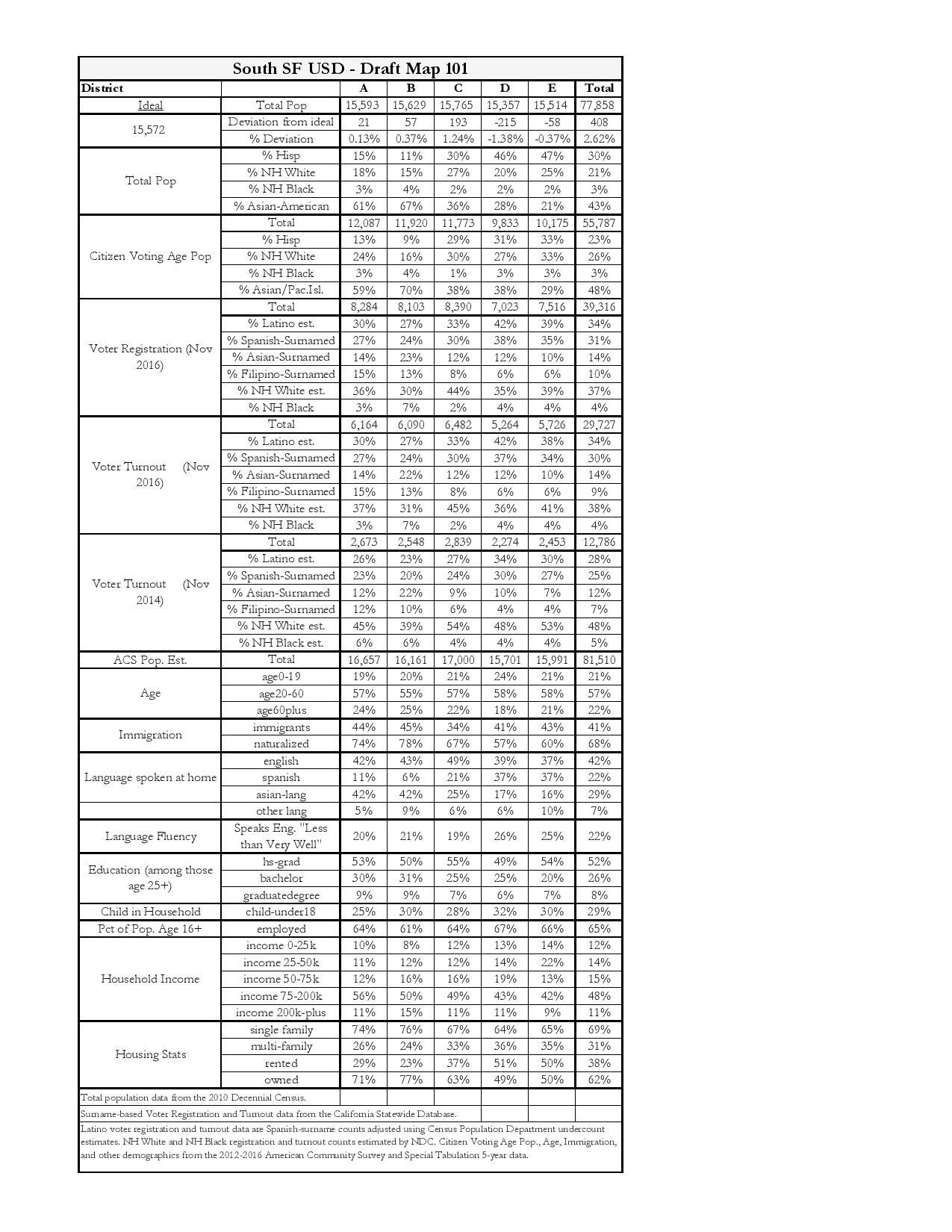 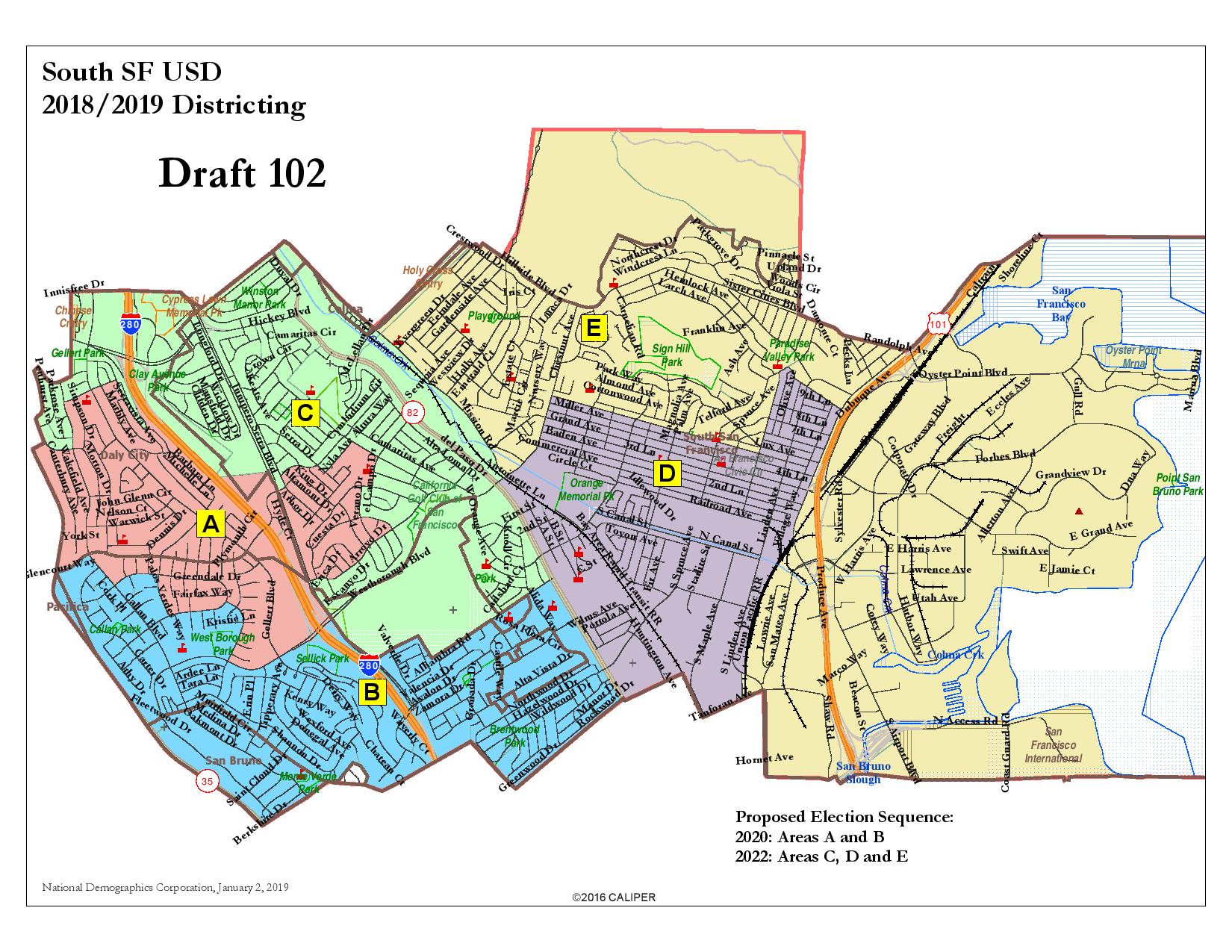 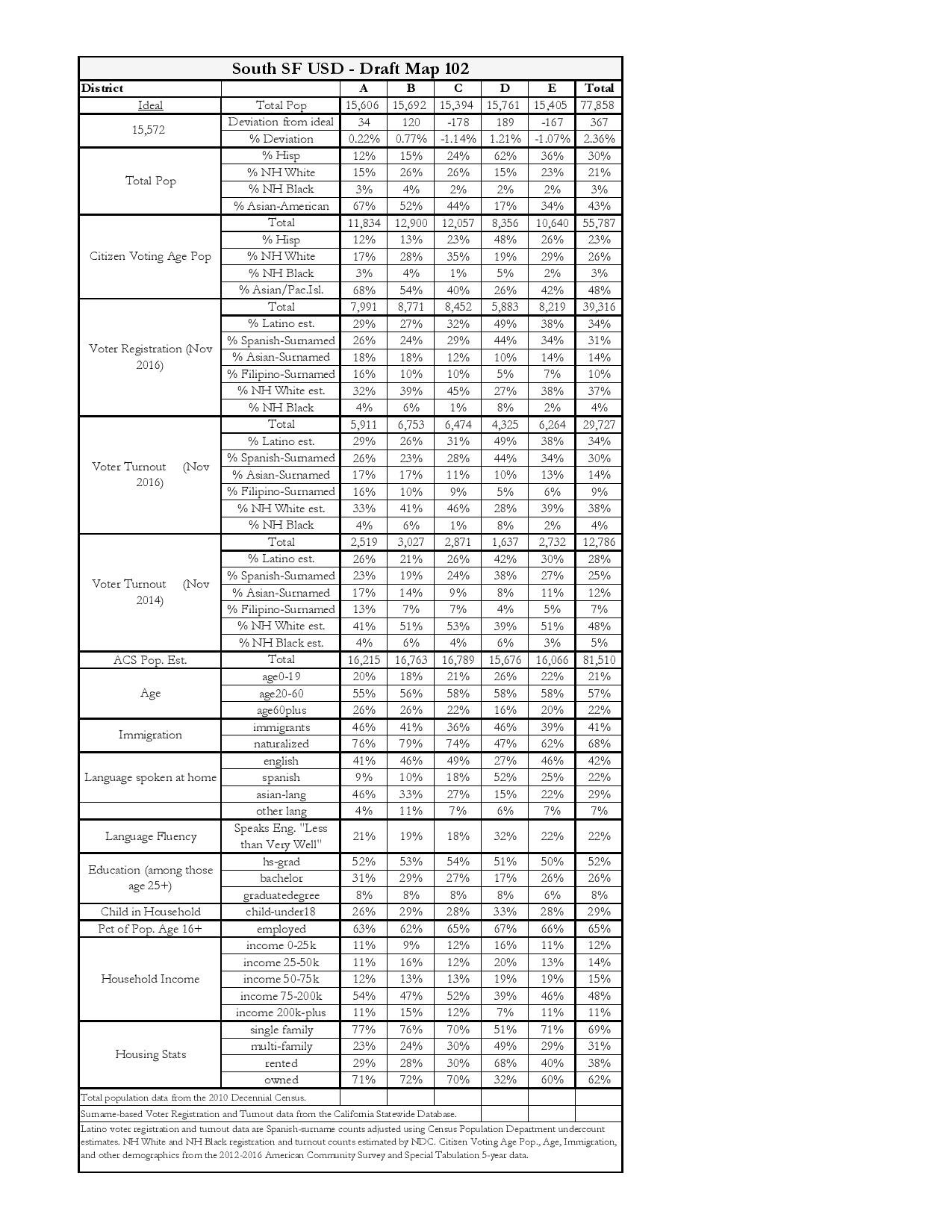 ← Unleash the Inner Warrior in You: The Reveal set for August 17th
Recycling Crisis: It’s Here, It’s Serious, and We All Need to do our Part! →
0 0 votes
Article Rating
Subscribe
Login

Absolutely NOT A 50+ year resident of SSF we will vote everyone of you out if you divide this city!!!!