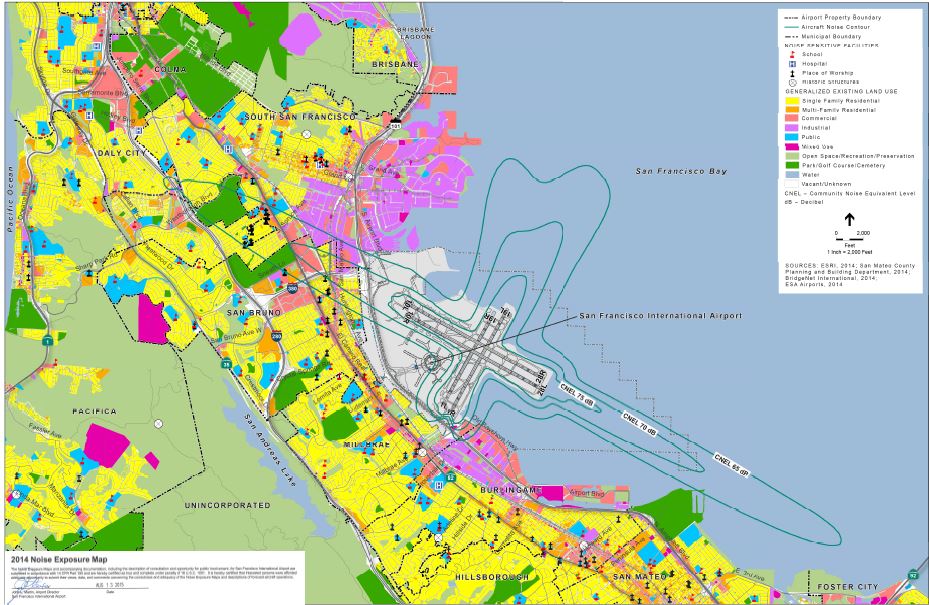 ‘Just wondering if I’m the only one who had problems with the SFO noise abatement program….My windows were NOT installed correctly causing DRY ROT which also led to termite infestation! In the process of total restoration…’***

{Because there were many responses and many of them are noteworthy, we are sharing here to archive this info for future reference, for all. More information is available on this program on SFO website CLICK HERE = ksw}

Frisco Bella It sounds like this company thinks they can put in crappy windows & do crappy work and get away with it.Then when people complain about it they don’t listen. I bet if they got a notice from the BBB,a Lawyer or even Micheal Finney from 7 on your side they would think twice about not fixing the problems they created.

Lynn Brunetti Ellison My parents lived in Avalon Park. They had a problem with a large window in the back of the house that was installed durning the SFO replacement program. Leaking and dry rot. They had to replace the window. At their own cost. They were told the window was installed incorrectly.

Stephen Stock Hey Kristina, we’d love to hear more and maybe come take a look at your windows. Send me an e-mail at stephen.stock@nbcuni.com #weinvestigate

Marcy Escobar Sounds like a group of people can work together and approach the program.

How long of a warranty was given? Was it one time only?

Jason Isberg It’s been months since the airport contactors have re-inspected our replacement windows. I have followed up several times since the inspector visited our house and can’t get a reply. Jane A. Smyth (janes@kell-smith.com) from C. Kell-Smith and Associates has said waiting for approval but that was back in April. No reply to follow up notes.

Ray Bartolo I never agreed to having their windows installed. I saw what lousy quality windows their contractors were installing and the terrible workmanship when installed. Air traffic to this day has only worsened and it’s only getting worse.

Cora Hahn My dad’s sliding glass window they put in has been leaking and now caused rot around the seals!

Gretchen Eberle Ours were garbage too. The whole neighborhood had leaking window pane seals and water condensation just a couple of years after installation. We ended up buying new quality windows at our cost and they’ve been great for over ten years. Another low quality freebie from the program is the insulation in our attics. It works ok unless it gets wet. If you need to move it around, it’s a total mess. Oh…and the front doors are cr@p too.

Matthew Teglia Hey Krissy. I had the same problem years ago in San Bruno. They acted like they did me a favor to install the windows. I pointed out that I surrendered a “navigation easement” that prevented any future noise litigation and the windows were not exactly “free”. Long battle but they corrected it. Not an easy process at all. Pm me for more details.

Therese Fullon My windows are like that too. We had to reseal them but the mold is also a problem.

Patty Gomez Mine were installed many years ago and the kitchen door isn’t holding up that great.

Laura Flynn Peradotto I have had issues with the windows. They leek and cause mildew. Mine were installed on a very rain week in December of 1992.

Pati Dentice Grossman My front and back windows leaked after the warranty. They gave us new windows but we had to pay for installation. We finally had all the windows changed to a single pane, very happy with them.

Tracy Molini Our 21 windows were measured wrong in 1997. When they installed them they chose to make them fit with lots of silicone. The fixed ones fill with condensation which leads to mold. Called and complained for two years and they kept sending out two clowns who removed part of the vinyl seal to let the windows breathe. Which made it worse. We finally drilled holes and put drains in so the windows could drain and seal the vinyl inserts. Yes we have dry rot and they need to be replaced. My neighbors windows were installed correctly.

Anita Marquez South We tried to qualify for the latest offer to replace last year but they said we didn’t qualify because we 2 blocks outside of their map for those qualified for replacement windows. Said they would call us back but never did.

Cory Moore How does one apply for this?

Anita Marquez South Cory Moore go to SSF airport noise reduction program online I think. Not sure if it’s still available. You download the application and send it in.

Jason Isberg my windows have had the same issues described by others. Several months ago an airport contractor came by my home to reassess the windows that were installed years ago during the first replacement program. I pointed out to him the issues we have had with the replacement windows and he was to file report with the expectation of them fixing the problems. However, since then I have heard nothing from them. They don’t even return my follow up emails. At this point, I’m not sure anything is happening. Any others having the same issue?

Sara Benitez Jason Isberg who do u contact to see if I qualify for the windows ? Thank u

Margaret Melton I was told that my windows were fine, even though I think they were installed incorrectly.

Jason Isberg Sara Benitez See my comments. Nobody gets back to me but the people I have tried to contact are listed within this thread (with email address).

Mike Featherstone This is why my parents passed on their BS years ago .

James Jackson Hello all, I am a producer with NBC Bay Area. I work with Stephen Stock, who also posted here. If you are having problems with your windows that were installed under the SFO noise abatement program, please email me directly: james.jackson2@nbcuni.com . Thank you!

Jason Isberg All, I sent an email to James with a picture of one of my problem windows. Please reach out to him with your concerns as well so we can get this issue resolved.

Adele Rios Sorry I can’t help with this specific question, although what I know may help others: don’t forget to clean your window weep holes! My mother always said our windows were installed incorrectly, that’s why when it rained water would pour (puddle in the track and overflow) into our room and led to wood rot as well. As an adult I decided to take a look and it turned out my mother had never cleaned the window weep holes of dirt (which I now do regularly with a child’s pipe cleaner). It hasn’t “flooded” inside ever since. If you don’t clean your window weep holes, it’ll back up into the house. Hope this helps somebody. Again, sorry I can’t help with the specific question.

Jason Isberg Also, Marvin Roy (marvinr@kell-smith.com) from Kell-Smith (the actual inspector that came to our house) has also not returned any follow up emails.

Jason Isberg Neighbors, I have sent emails to both NBC Investigates and ABC7 On Your Side regarding this SFO window replacement program. We’ll see if either responds and are willing to look into it. From my perspective, it’s unacceptable that the quality of the window replacement has been so poor for many of us.

Maurine Ridings Call 7 on your Side

Kristina Anderson Good advice! I will!!! Thank YOU!!!

Jason Isberg @MichaelFinneyABC7 FYI, See my comments on this and please reach out if you are interested to learn more. jmisberg@gmail.com

Kristina Anderson Thank you! WILL DO!!!

Jason Isberg Stephen Stock happy to hear you are looking at this. If you want further details on my non-returned follow-ups, please reach out. my email is jmisberg@gmail.com

Kristina Anderson Will you let me know if you get any response? This is ridiculous! Thank you!!!

Jason Isberg Kristina Anderson NBC Bay Area resounded to my email. You should email him with your concerns as he is looking into the problems