South San Francisco Unified School District has received a $2 million grant from biotechnology company Genentech to support the rollout of a new science curriculum across the district.

The announcement took place at the Science Garage on the campus of South San Francisco High School (SSFHS) during a September 23 meeting of the board of directors of Genentech’s parent company, Roche.

Among the audience members in attendance were California Surgeon General Nadine Burke Harris, University of California President Janet Napolitano, representatives from Genentech and Roche, and SSFUSD staff and teachers.

“We are so grateful for this gift and the ongoing support from our community partners,” said SSFUSD Superintendent Dr. Shawnterra Moore. “This grant will positively impact learning outcomes at our schools by allowing us to provide professional development and support to our teachers and supporting the purchase of lab equipment, supplies, and technology.”

The decision to host the event at the Science Garage underscored the district’s commitment to science, technology, engineering, and math (STEM) education. 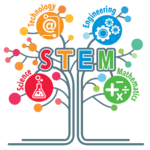 It was also a reminder of the backing SSFUSD has received from Genentech, which funded the construction of the Science Garage facility in 2017 and worked together with the district to develop the Futurelab program, an educational initiative aimed at increasing interest and engagement in science among elementary, middle, and school students.

“We launched Futurelab to get kids excited about science, to create pathways into STEM careers for more students in our own community, and to help build a more diverse and inclusive future of science—starting in our own backyard,” said Genentech’s Senior Director of Corporate & Employee Giving Kristin Campbell Reed.

SSFHS alumnus Hayat Elqossari (2018), who won a $200,000 scholarship to attend college through the Futurelab program, was on hand to talk about how the district’s focus on STEM and collaboration with Genentech has opened doors for her.

“Throughout middle school, I was always drawn to math classes, but I was never excited by it as a career path. It wasn’t until I took a biotech class here at Science Garage that science came to the forefront of my studies.”

Now a sophomore the University of San Francisco, Elqossari said she hopes to serve as a role model for women in general and Muslim women in particular.

“I hope to one day in the future pay it forward by serving as a role model for my community and showing other Muslim women and their families that you can be dedicated to your faith and academics, as many Muslim women are still fighting for the right to an education. I am also acutely aware that the STEM field is often perceived by young girls as intimidating and exclusive. I hope to shatter those barriers and misconceptions to encourage those young women to pursue pathways they never thought possible. I want to show the world what an educated woman scientist is capable of.”