{Preface: Greg Mediati deserves much credit for getting the trees replaced on Hillside Blvd.  After 10 years of working with other employees, who have come and gone, I personally appreciate that Greg fulfilled his commitment to this situation, which was required as part of the MEYERS Terrabay development. Original trees died soon after they were planted 15 years ago, well before the recent drought. The City then spent $35K, in 2007, to have a sound study performed in the valley, which identified these trees would help with noise and air pollution. A follow up study was recommended for 2017, ten years later, which has not yet been done.

For those who live in that area (Sterling Terrace, Terrabay, Paradise Valley), the incredible increase of traffic congestion has allowed smog to build up, along with noise pollution. We look forward to these trees growing larger and stronger to help mitigate the damage being done. Well done, Greg, thank you. – Kamala Silva Wolfe) 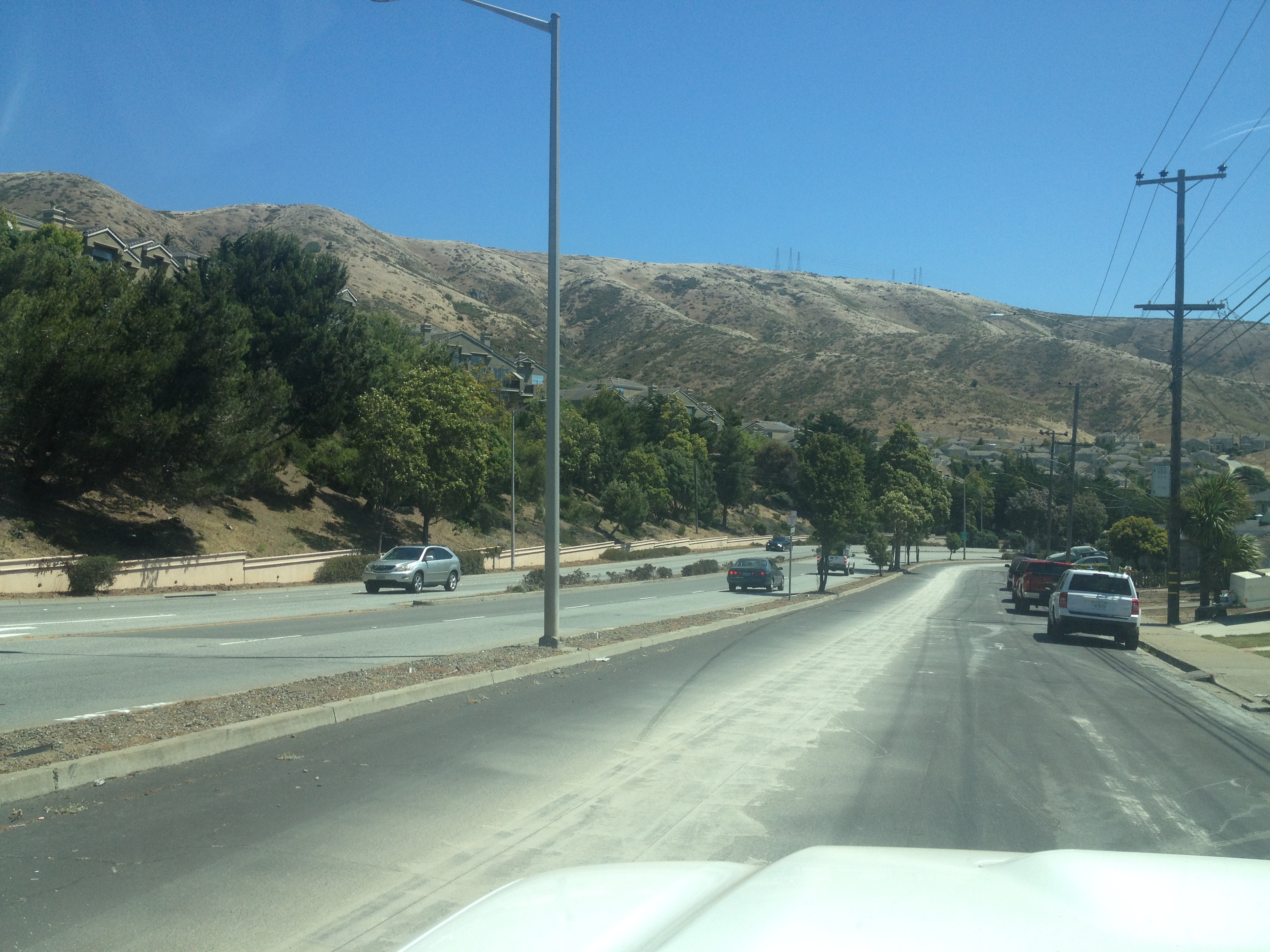 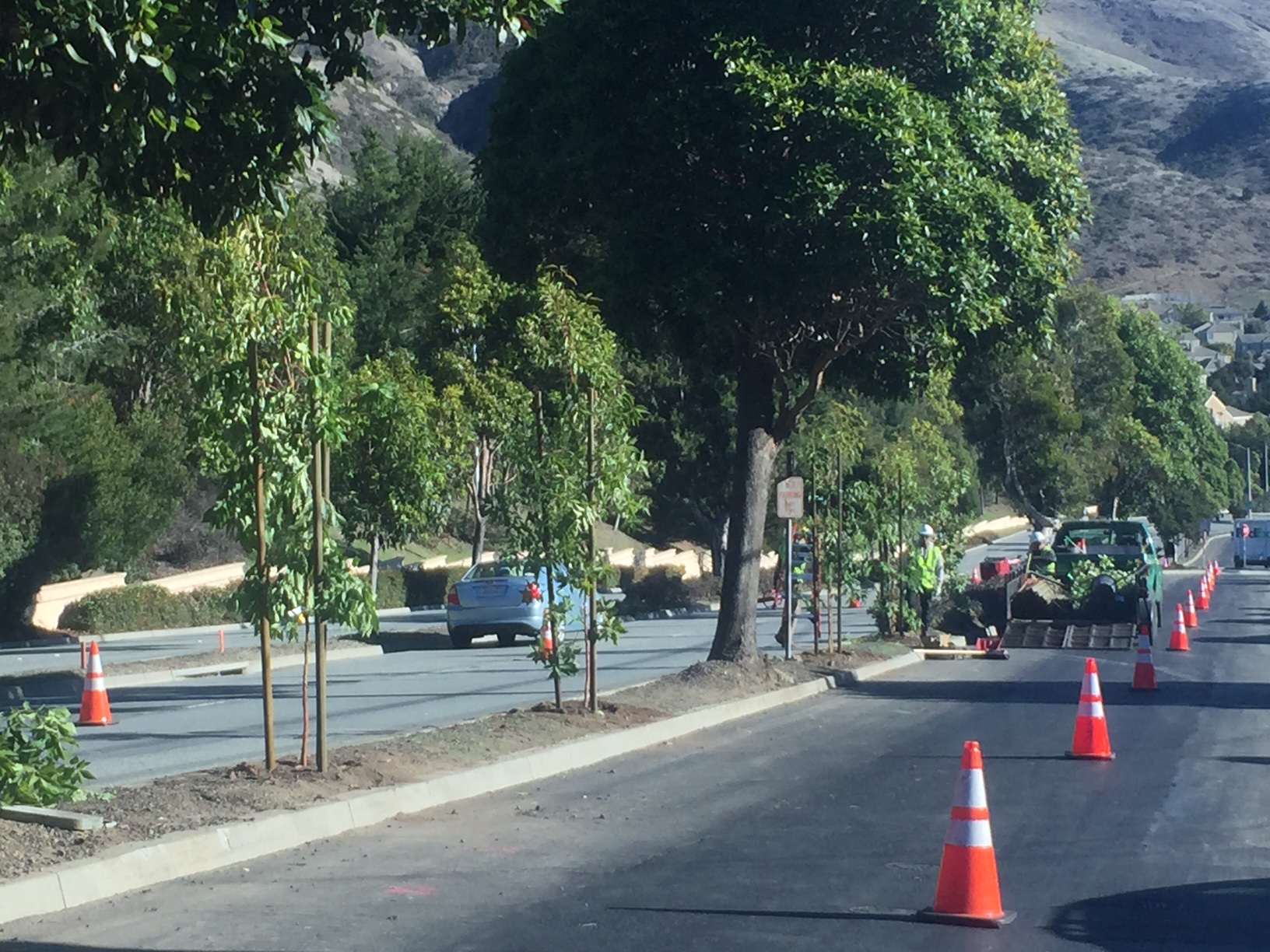 Under Greg’s direction, trees were finally replaced on Hillside Blvd.

PRESS RELEASE FROM THE CITY:

The City of South San Francisco has received the “Best Program Award” from the California Urban Forests Council (CAUFC), recognizing its efforts at reforestation following the end of the drought as the best program in California. “During the recent drought, as a City, we paused the planting of trees in areas that were no longer irrigated due to state-mandated water restrictions,” said Greg Mediati, South San Francisco Deputy Director of Parks and Recreation. “Since those restrictions have lifted, the City has led significant reforestation efforts citywide and began drafting an Urban Forest Master Plan that will guide future planting and tree care efforts.”

The Best Program Award is granted to the municipality, community, or business that has shown the most improvement in the past year or has demonstrated over a period of several years exceptional leadership, innovation, growth, and community involvement in creating a consistent and well-managed urban forest.
Since those state-mandated water restrictions have lifted, the City has led significant reforestation efforts citywide and began drafting an Urban Forest Master Plan that will guide future planting and tree care efforts. An Urban Forest management Plan is a roadmap that creates a shared vision for the future of a tree canopy. It’s a tailored plan that guides tree care professionals to proactively and effectively manage and provide for maximum, long-term benefits to the community.
“Since the drought, City staff has planted well over 500 city trees, in addition to 400 trees planted as part of the CAUFC-sponsored Circle 3.0 Tree Planting Program this past Arbor Day,” says Mediati. Of the City’s roughly 15,000 trees, this equates to six percent of the City’s total tree inventory.
“I’m extremely proud of the work our Parks and Recreation Department has done to increase the number of trees in our City as they dealt with the after-effects of state-mandated restrictions due to the drought,” said South San Francisco Mayor Karyl Matsumoto. “We are in a better place now and I cannot stress the importance of having green spaces around us, as trees not only benefit public health and safety, but they provide economic opportunities.
What’s the Value of a Tree?
Across the state, the value provided by trees through environmental benefits such as energy savings, air pollution reduction, and runoff reduction is quantified by research undertaken for the USDA.
Other additional benefits include: