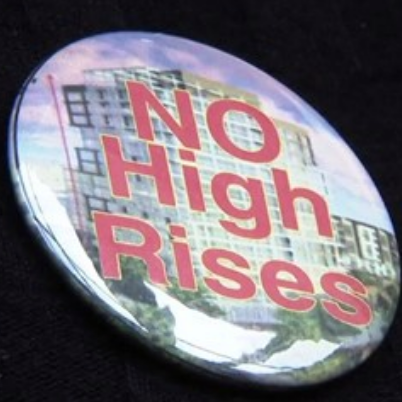 Reminder:  The City Council will be voting on the PUC site development tomorrow evening, Wednesday, November 13th at 7:00 p.m. at the Municipal Services Building, 33 Arroyo.
Your attendance is vital to remind the City Council they gave a directive of 3 to 5 stories, yet the developer has continually gone forward with the design of 8 stories and over 800 units that will forever change our city, and the established neighborhoods of Sunshine Garden and Buri Buri.
Excerpts from the Chronicle 11/12/19 “In midst of biotech boom, ‘all eyes’ on huge South San Francisco housing Project”
“Over the last year, San Bruno and Cupertino, both high-flying tech boom-towns, have become notorious for trying to kill major housing developments.
Now proponents of residential development on the Peninsula are hoping South San Francisco — the home of fast-growing biotech giants — doesn’t become the newest member of the NIMBY club.
On Wednesday, the South San Francisco City Council will vote on a proposal to build 800 housing units on city-owned land located along Mission Road — a 5.9-acre site about a 10-minute walk south of the city’s BART station.
“The development would include two buildings with 642 market-rate apartments and a third structure with 158 affordable homes. The biggest project South San Francisco has seen in recent decades, it would also have a public playground, a day care center and a market hall with space for local artisans.
Like in San Bruno and Cupertino — home to Apple and YouTube — job creation in South San Francisco has far outpaced housing production in recent years. Since 2010, South San Francisco has added 8,000 jobs and 750 housing units.
“South San Francisco, which has a population of 67,000, is home to Genentech, which has 15,000 employees at its Oyster Point campus. The city’s biotech giants plan to add 9 million square feet of new office and lab space over the next 20 years. Tech companies are showing interest in expanding in the city, too. Stripe recently announced it was moving 1,000 employees there from San Francisco.
While biotech companies say they generally support building more housing in their hometown, they recently blocked plans to build 1,200 homes at Oyster Point, arguing that site was too close to their campuses.
That means the Mission Road project is now the largest in the city’s pipeline.
“But the vote could be close and the debate contentious. The group South San Francisco Residents for Smart Growth says that it opposes building higher than three stories on the site, arguing that the proposal would exacerbate “traffic congestion” and contribute to “a loss of quality of life and stress on infrastructure.”
It echoes the arguments made in San Bruno and Cupertino.
“In August, the San Bruno City Council rejected a 425-unit development at Mills Park, a project that followed a voter-approved plan for the area. In Cupertino, a group of residents has sued to block the redevelopment of the Vallco shopping center — 2,400 homes and 2 million square feet of office space — and city officials have not opposed the lawsuit.
The California Department of Housing and Community Development has threatened to sue both cities for turning down housing, although lawsuits have not been filed.”
“At an October hearing on the South San Francisco project, Ed Swain, who lives near the project, said “traffic is horrendous here, especially at 5 o’clock.” Another resident, Corey David, said “the very character of the city is being destroyed block by block and the destruction is spreading.”
“Now all eyes are on South San Francisco to see what they will do,” [she said].”
Your Neighbors

I oppose the building of 800 units in this area with no streets to take care of all the traffic. Traffic is SO bad at 5:00 and early morning already and have no major blvds to handle the traffic.