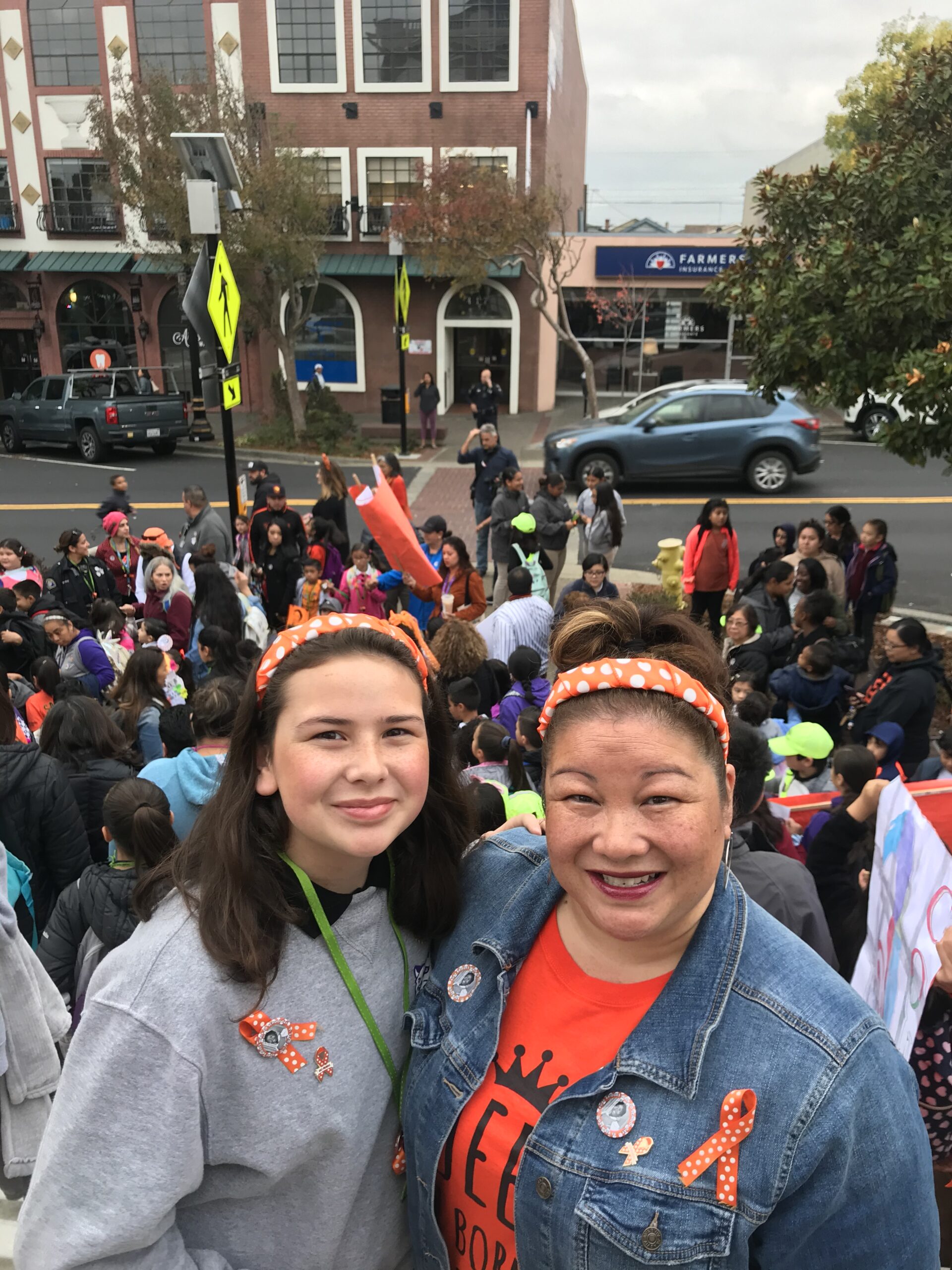 Today, at the Ruby Bridges Day march, students, parents, teachers, and even principals, gathered to celebrate Ruby Bridges, the first African American girl to integrate to an all-white school. People there celebrated with hot cocoa, orange pins, ribbons, posters, and flags. The mayor also was there to congratulate Martin Elementary School teacher, Mrs Deborah Carlino, and students, who had asked the school board to have a Ruby Bridges Day. Due to their efforts, now all of South San Francisco Unified School District celebrates Ruby Bridges Day. Mayor Matsumoto also said that the event had  grown since the first year.

I also thought that Ruby Bridges quote was very important, “Don’t follow the path. Go where there is no path, and begin the trail”. One thing I wished could’ve been better (or will improve) is that more schools would come, which might be a lot to ask since it’s been only 3 years, but there was still a HUGE crowd. The students were behaving respectfully and I could tell they enjoyed it,too. The news, was also there, and it was very exciting.

Once we started to walk to Parkway, the police escorted us with a car and truck.The PTA of Parkway also helped, because for the students of Parkway(at the beginning of the march), they took our backpacks, tagged them, and drove them off in a truck, and once we got to the school, we got our backpacks and went to class. I’m also very grateful to them because when we arrived at school, they had cuties (orange) they also had gummies, granola bars, and water. Overall, the day was eventful, fun, and I learned a lot.

We all enjoyed learning about Ruby Bridges and how this day came to play, the news was there, the mayor was there, many Parkway (and other students) were there, the police also attended, we got to exercise, and overall, the day was a success. For the first year of Parkway attending, we got a lot of Parkway students.