The South San Francisco Unified School District (SSFUSD) board of trustees has chosen a new map for district elections that begin in 2020. (CLICK HERE)

The map, which encompasses five districts with a total population of 77,916 individuals, must still be approved by the school board at its November 14<https://webmail.ssfusd.org/owa/UrlBlockedError.aspx> meeting.

It is the culmination of a two-year process to move the selection of school board members from a citywide vote to local, district elections.

“Our trustees have tried to be as equitable and transparent as possible” said SSFUSD Superintendent Dr. Shawnterra Moore. “Each of the five districts contains approximately the same number of residents as the others.”

District A occupies the northwest section of South San Francisco and extends east from Skyline Boulevard into a portion of the Serra Highlands neighborhood and north to Serramonte Boulevard.

District B sits below District A and also extends east from Skyline Boulevard to encompass the Westborough neighborhood, ending at the 280 freeway.

District E stretches across the neighborhoods of Orange Park, Lindenville, and Downtown to Paradise Valley in the north and ends all the way at the bay.

“The selected map blended the best elements of two community-submitted maps,” SSFUSD Board President John Baker said. “I think the process demonstrated that our community members understand our neighborhoods and school communities better than any demographer possibly could.”

A total of four maps were eligible for the school board’s consideration.

Two were submitted by residents, and two were proposed by the National Demographics Corporation, which SSFUSD hired to facilitate the redistricting process.

The new voting districts will be in effect for the November 2020 elections, once the final map is approved. 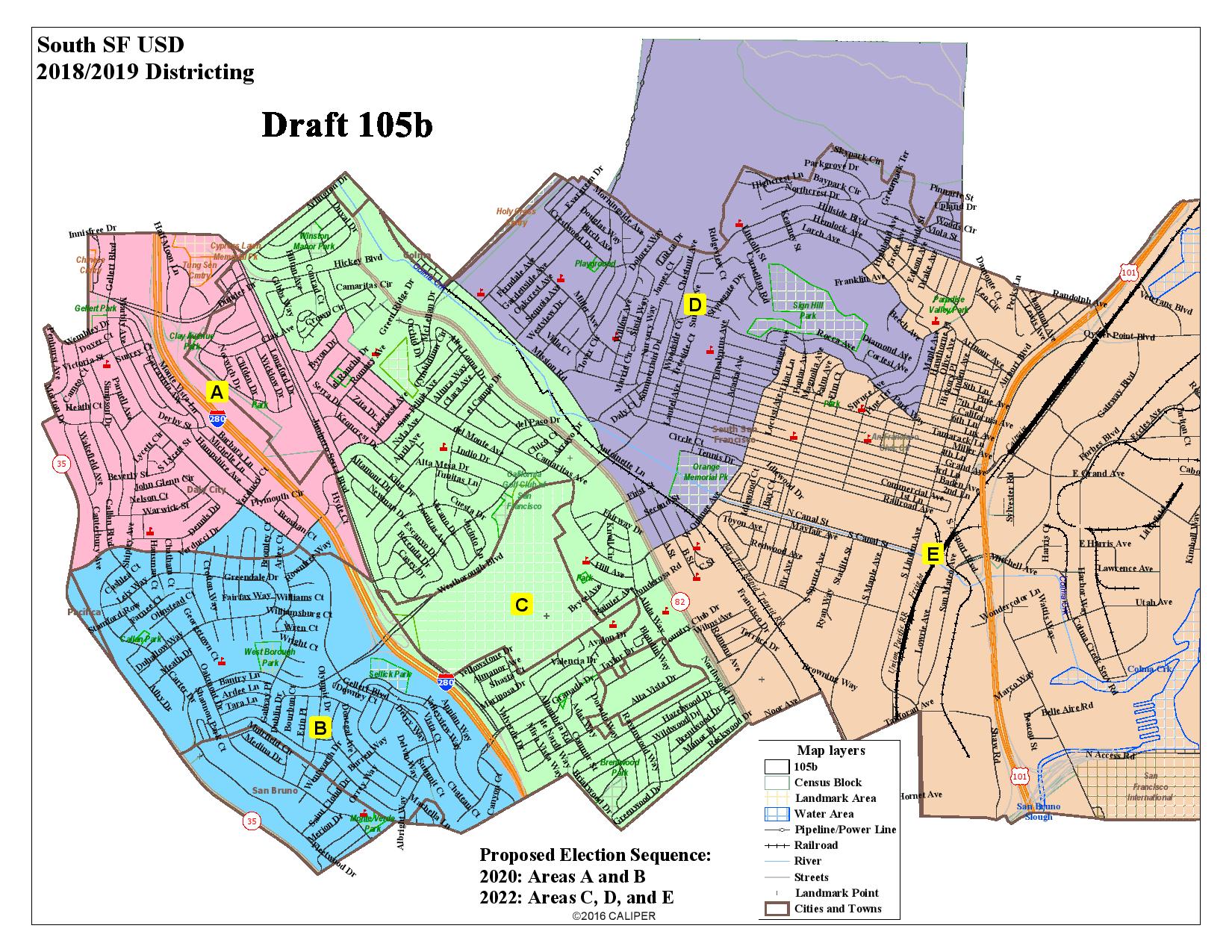 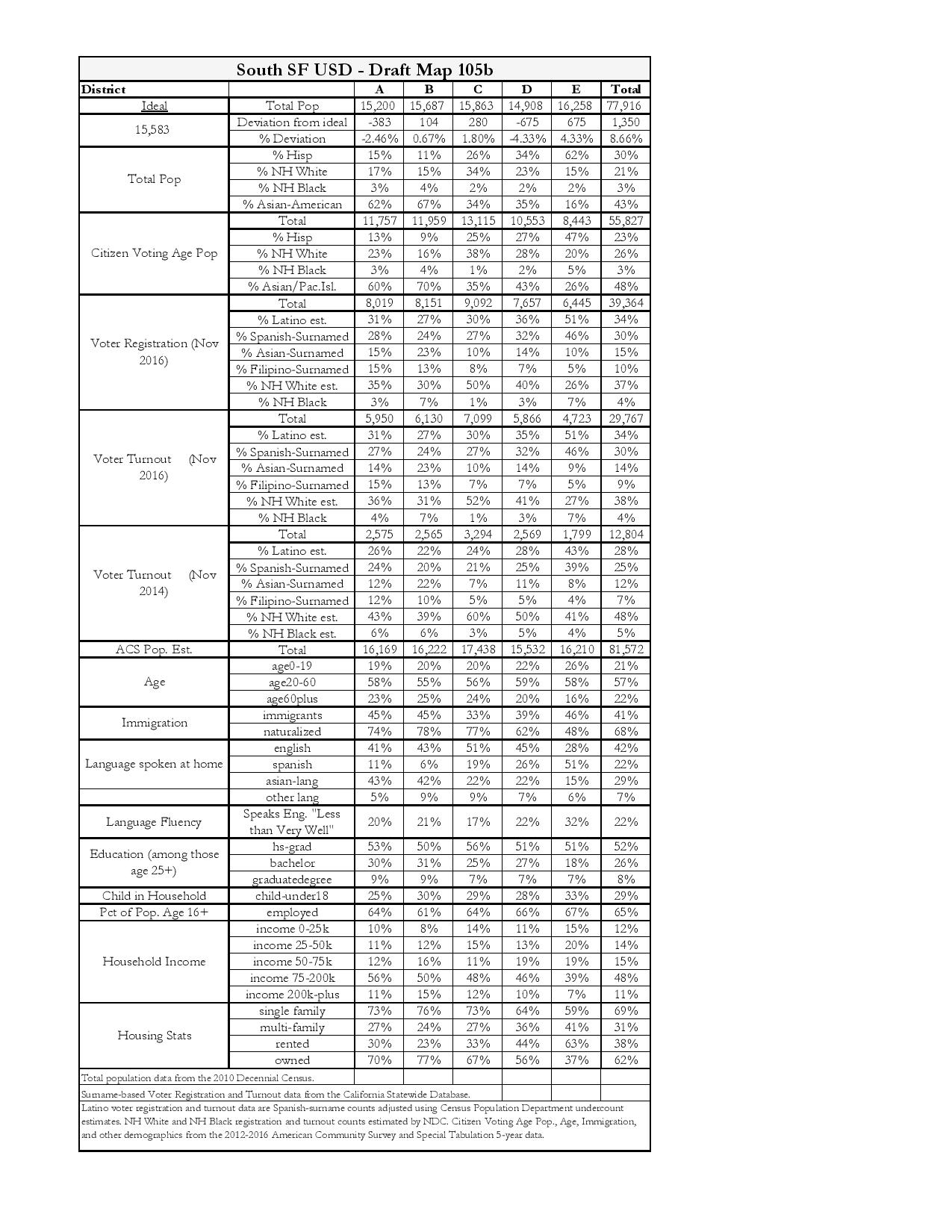 The SSF School Board Trustees will vote on this tentatively chosen map at the Nov. 14. 2019 regular meeting at 7 PM. at Baden High School Gym. 825 Southwood Drive. SSF.

The community is encouraged to attend this historic milestone.