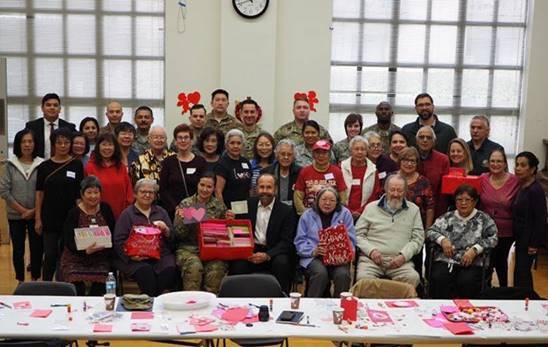 The Annual “Operation Valentine” Maker Project Produced More Than 10,000 Cards in Past 12 Years 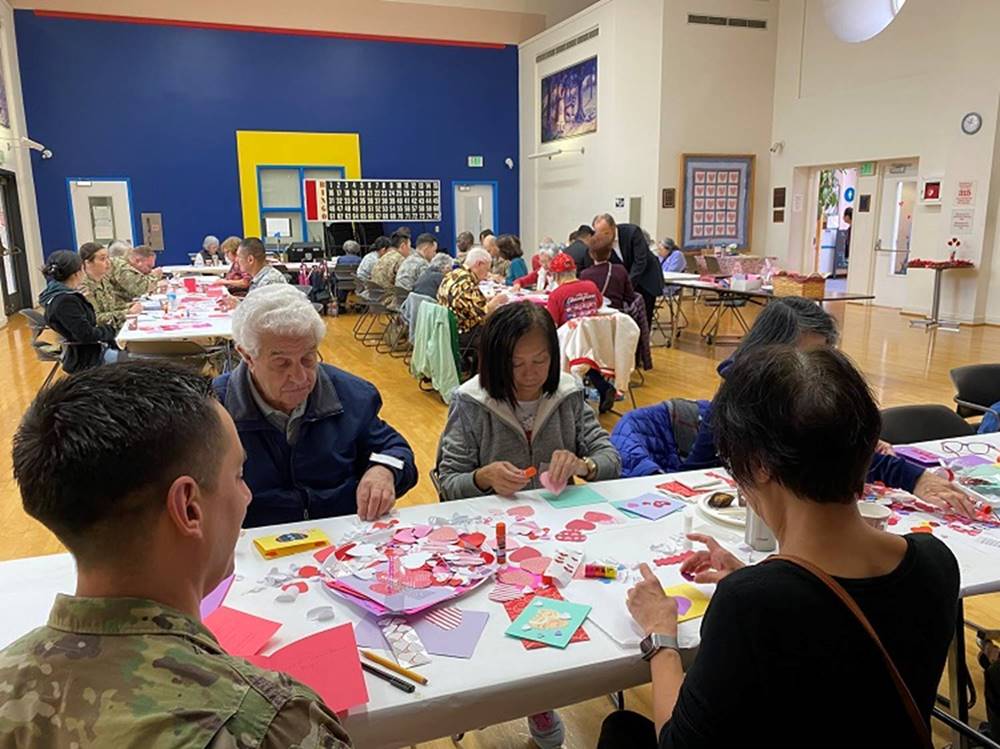 The annual activity holds a special place in the hearts of California National Guard members, the center’s participants, staff and volunteers, and state Senator Jerry Hill, who launched the event with the Magnolia Center when he was a member of the state Assembly a dozen years ago.

“This means so much to us,” said Master Sergeant (CA) Rebecca Wolkenhauer of the California Military Department, who, with colleagues from Sacramento and California Air National Guard members from the 129th Rescue Wing in Mountain View, have joined Magnolia Center seniors for their pre-Valentine’s Day celebration and maker fest for years. The men and women who are far from home on Cupid’s holiday especially appreciate receiving the cards filled with messages of thanks, support and love, she said. 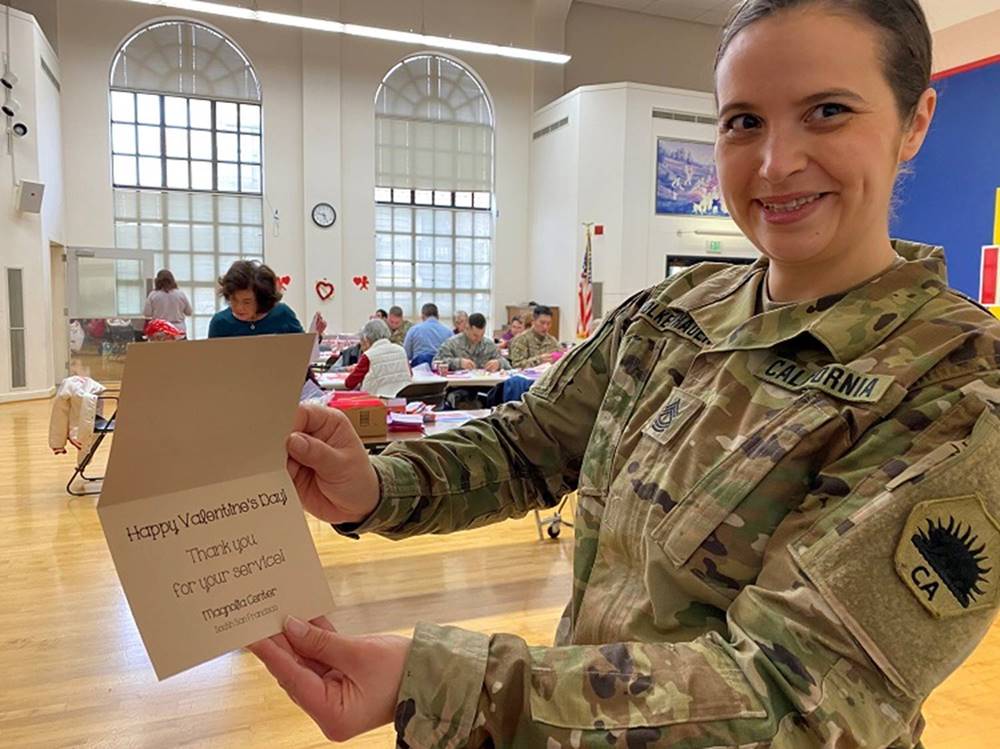 “As the daughter of a blinded World War II veteran, I know how important it is to honor our veterans and our servicemen and women with our thanks – it means a lot to them and it means a lot to us,” said Kelli Cullinan, the South San Francisco Recreation supervisor who presided over the 2020 Operation Valentine event at the Magnolia Center on a sunny Friday morning in January.

“Our citizen soldiers in the California National Guard do so much for all of us,” Senator Hill told the gathering. “They go where we need them. They may be sent overseas, but they also help us at home to fight major fires and cope with other disasters, like floods. Our thanks go to the men and women who serve in the California National Guard. The Valentine’s Day messages from the Magnolia Center let them know how grateful we are for their service.” 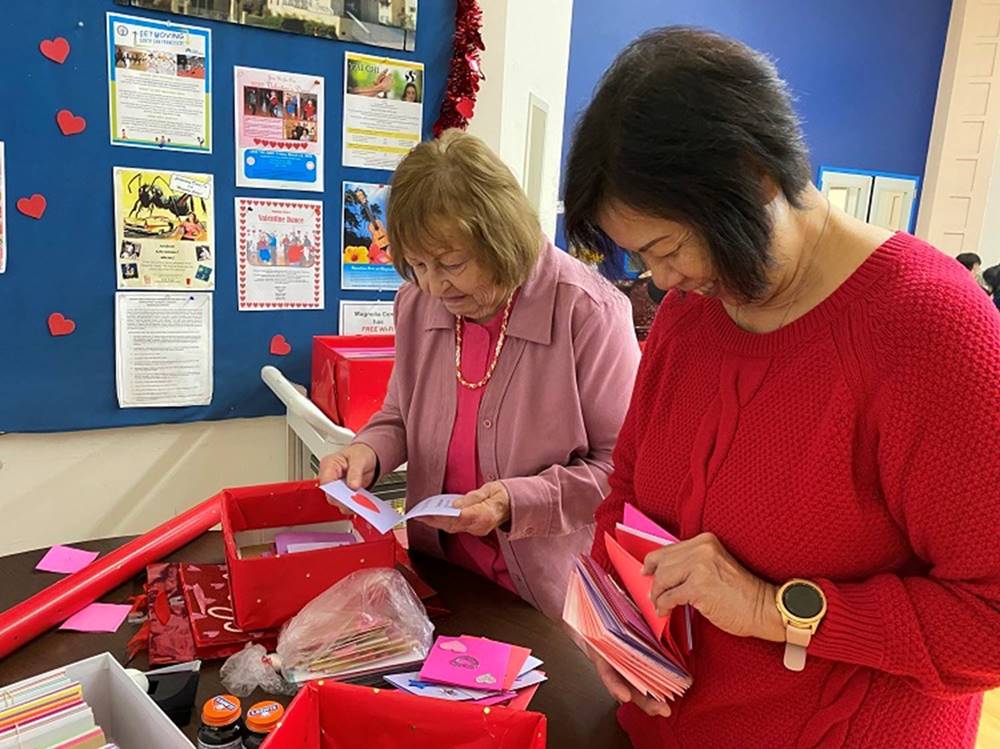 “I’m also grateful to all of you at the Magnolia Center,” added Senator Hill, who served as a staff sergeant in the California Army National Guard from 1966 to 1972. “Thanks to you and your work, this event has taken on a life of its own.”

Also, valentines-making has become a year-around pastime with finishing touches and final cards made on the morning of the center’s annual Operation Valentine breakfast. That’s the day visiting members of the National Guard come to make Valentines, too, and pick up the year’s output of valentines for distribution. 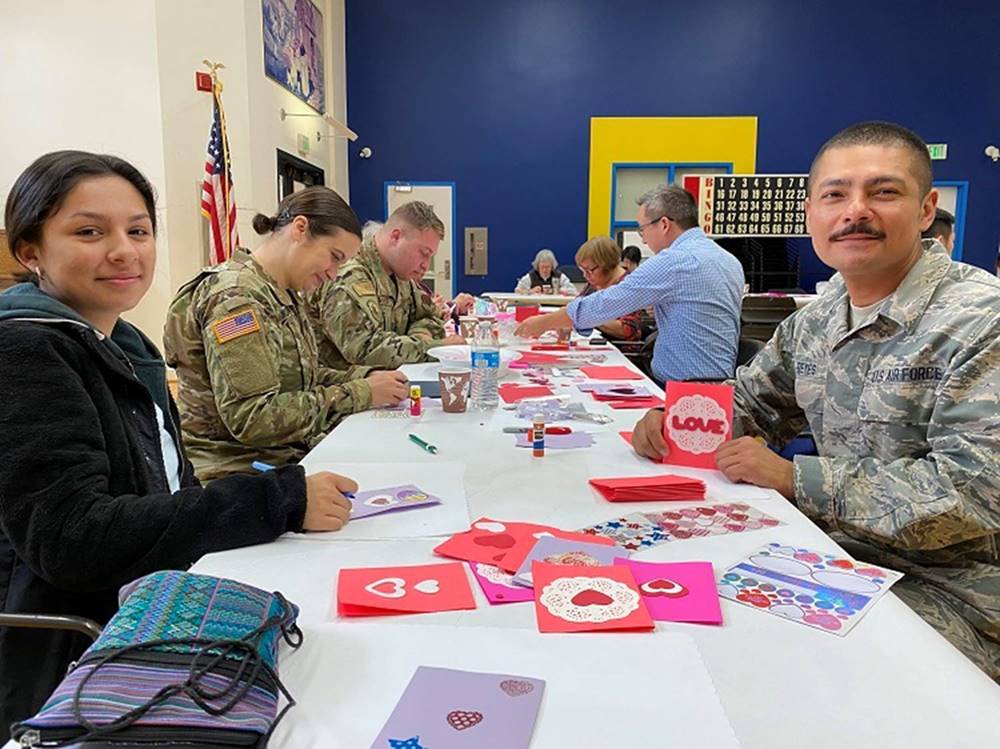 Sometimes the servicemembers have brought a spouse to join the fun. This year, college student Leah Reyes decided to join her dad, Senior Airman Luis Reyes of the 129th Rescue Wing. “I heard about it and wanted to help,” she said.

This year the Magnolia Center valentines were sent to members of the California National Guard deployed worldwide and to units across California. 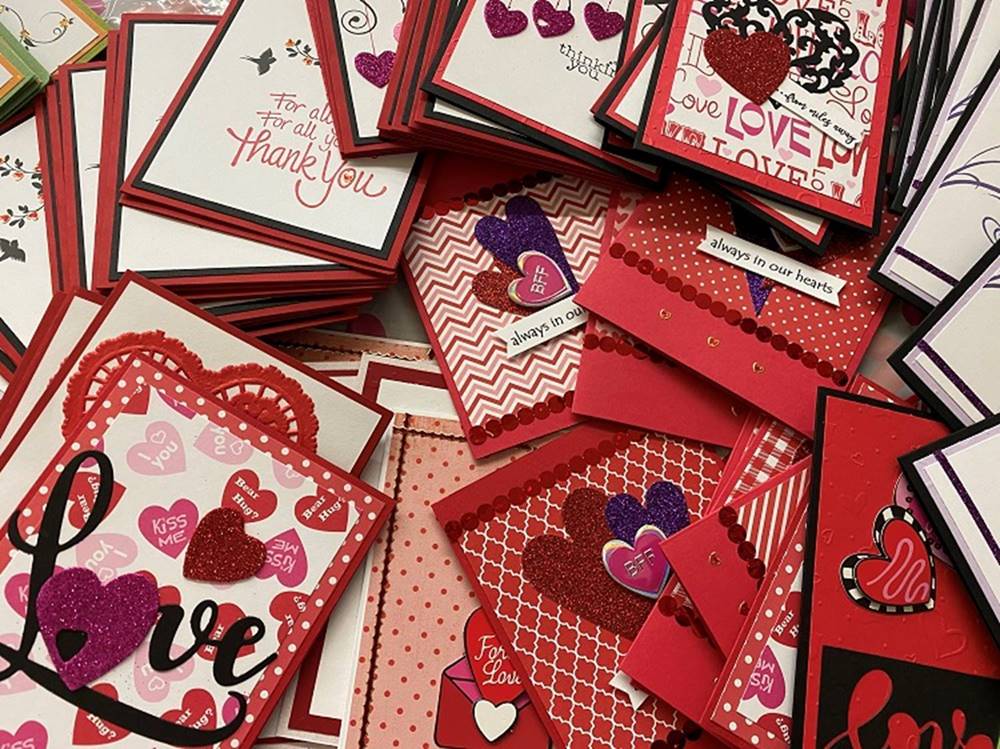