One of Robert’s greatest joys in doing his work is what he refers to as “the invisible forest.” The amount of carbon kept out of the atmosphere for every solar panel Robert installs is equivalent to the sequestration power of 150 trees per year. An average home installs about 15 panels, and Robert has done installs as large as 65. When he thinks about the efforts of all the solar companies combined, the work is equivalent to the sequestration power of a big forest. Robert is proud to be a part of this larger carbon offsetting effort.

In one of the endless ways that each of us can work to build a better future, keeping things small and local is a huge solution. In a delightful conversation with Robert Cabrera of Solar Earth USA, I got a peek into the power of what this strategy looks like when applied to business.

Since 2015, Robert and Solar Earth USA have installed solar panels in a (mostly) 10 mile (16 km) radius around South San Francisco, California in the United States. Robert’s philosophy of business for a better world and the actions that follow make me deeply hopeful about the power of small business to light our way forward.

It is my honor to share with you how Robert’s life brought him to solar, his joys and struggles in being an everyday earth-healer, and his advice for your earth-healing journey. -BB

Robert’s is our third story of hope in our Limitless 2020 Earth Day Hope Raiser (like a fundraiser, but for hope)! Join us every day until Earth Day (April 22), as we share 22 hope-inspiring stories of the adventures everyday people across the planet are taking to build a better future on a thriving earth.

How Robert Was Inspired to Break Into Solar

When 9/11 rocked the United States, Robert’s family-owned construction business felt the impact. As the Cabrera family watched the industry collapse around them, they knew they had to rethink their business plan and do something.

Robert had always been concerned about nature and how to help. At the time, both he and his father knew that they wanted to venture into new endeavors. When this economic downswing hit, they could’ve used their more than 20 years of business acumen to go into any business. Instead they thought, “let’s do something beneficial – not just financially, but for the environment too.”

The motivation to multiply positive outcomes with one action, and fueled by the obvious scientific evidence that the world was heading the wrong way with its reliance on dirty energy, Robert and his father took action.

Robert started his journey to a thriving local business in solar with research. He turned to contacts in the construction industry already working with solar power for help and insight, and scoured the internet for information.

His first step led him to Bill, a lender for families seeking solar. Bill taught the Cabreras the ins-and-outs of solar including the benefits and downsides, and was key in helping their clean energy business begin on the right foot.

With the construction business at a slowdown, Robert and his father had time to push. They wrote down their objectives, and did something daily until the project took on a life of its own. What started with small steps now occupies their time fully, and there is always something to do!

Finding a Niche Led Robert To A Business That Serves

Business with a purpose. It’s the future world we’d definitely love to see!

“I see a day where a majority of business and functions are in service to others. In that action, people are compensated. Most industries become about improving lives and people have livelihoods from doing that.”

For any business, finding a niche – where you fit into the market – is essential and challenging. According to Robert, a big struggle in the beginning of the march toward a viable solar business was tempering great ideas with the reality of what he could actually execute. In addition, he knew from experience that whatever ideas he chose to follow would affect his everyday life, so he had to make the choices that would lead to sustainable changes.

Although he was serving a larger area when Solar Earth USA first got started, Robert increasingly became interested in serving locally and improving the local neighborhood. Over time, he has focused more on serving South San Francisco and its neighboring cities and he started thinking about how to make his business an engine for even more good than saving families money on electricity and preventing the release of carbon from dirty energy.

Robert’s attitude toward business ownership is that a business owner should help the people who help them by investing in and enriching the community in which it operates. In addition to offering a referral program to customers who bring new customers his way, he joined the local South San Francisco Rotary Club to figure out more avenues to make the world a better place. Through the Rotary and its leadership, he is exploring programs on how to plant a tree for every solar panel sold, how to use profits to give gift cards to teachers, and is in the process of building an educational project to illustrate the power and possibility of micro communities.

One of Robert’s greatest joys in doing his work is what he refers to as “the invisible forest.” The amount of carbon kept out of the atmosphere for every solar panel Robert installs is equivalent to the sequestration power of 150 trees per year. An average home installs about 15 panels, and Robert has done installs as large as 65. When he thinks about the efforts of all the solar companies combined, the work is equivalent to the sequestration power of a big forest. Robert is proud to be a part of this larger carbon offsetting effort.

Robert also takes a great deal of satisfaction when his customers come to him and say, “I should have done solar years ago.” It makes Robert happy to know that he’s helped people in his community to overcome doubt about solar, understand the positive environmental impact, and save money on electricity in the process.

Robert changes lives in ways that doesn’t directly involve installing solar as well. A believer in the power of our young people, Robert has hired nieces and nephews and kids of friends to help out with the business during summers. One of his nieces, who worked for Robert over several summers, reported that her choice to add an environmental engineering minor to her civil engineering major was heavily influenced by him and by his business. These personally satisfying moments are a part of Robert’s joy in taking action as well.

Robert’s Advice For You

If you want to get started taking earth healing action, Robert recommends that you start in any small way you can. Any small action or small changes to our habits count, because everything adds up. He also recommends that you choose something you can sustain over time.

For small ways to lower your carbon footprint, here are some of his suggestions:

I also asked Robert to give those interested in investing in solar some advice. Here’s what he shared with me:

Thank you for reducing carbon levels in the atmosphere. Thank you for building a business that serves your community. Thank you for being a part of the growing movement to build a better future world on a thriving earth!

If you live within 10-ish miles of South San Francisco and are interested in installing solar, you can learn more at SolarEarthUSA.Com. 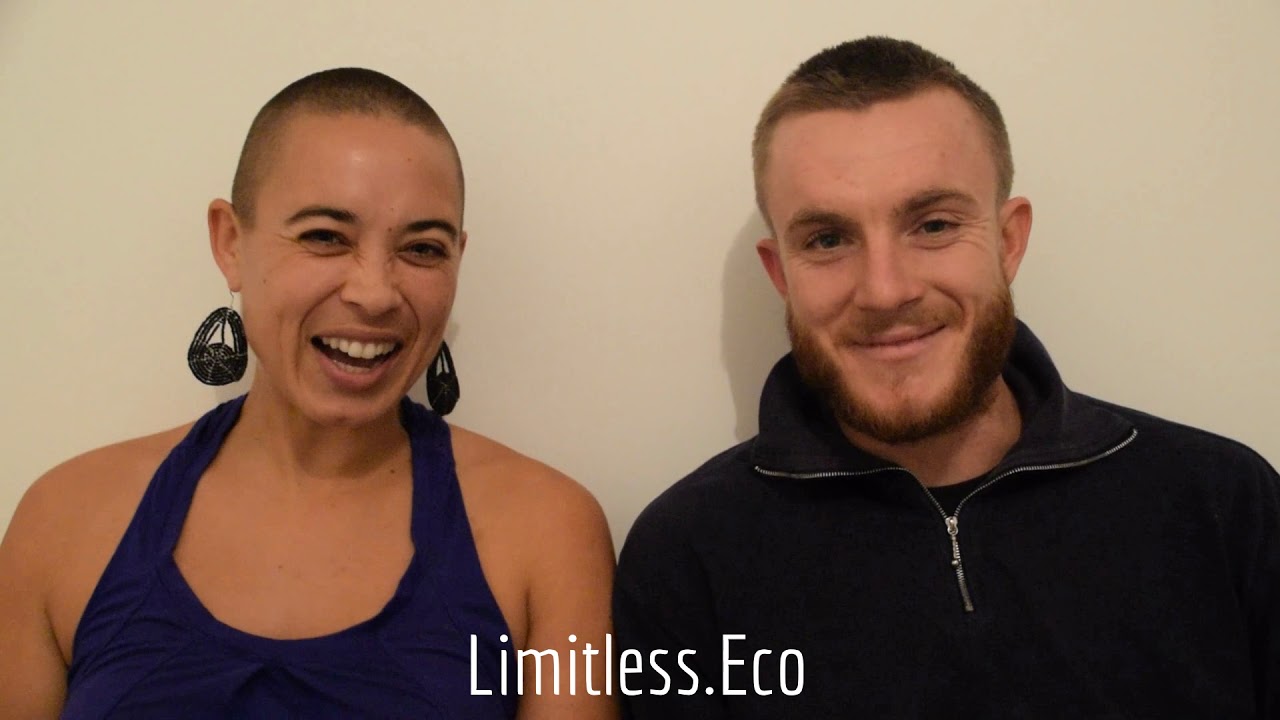 Learn more about Becca Brewer and Leandre, and their incredible epic world travels, as they share Eco-responsible ideas with other like minded people.

READ MORE! GET INSPIRED! GET INVOLVED!