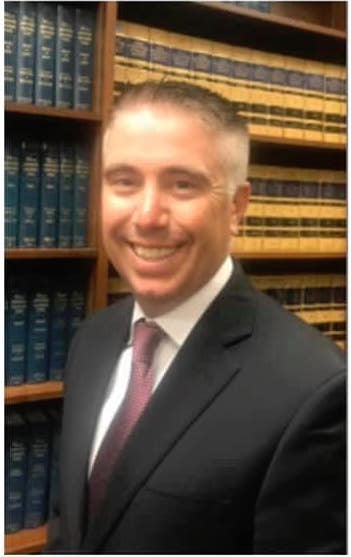 We would like to extend our congratulations to Mike Wendler on his appointment to serve as Judge in our San Mateo County Superior Court. Mike is a native of the Avalon Park neighborhood, son of community leader Joy-Ann and LtCol Paul Frederick Wendler III USMCR (ret), brother to Paul F. Wender IV. The family has a long history of service and Mike’s recent accomplishment is yet another example of the excellent leadership qualities embedded into the Wendler DNA. Mike’s father, Paul Wendler, was with San Mateo District Attorney’s Office and worked for 32 years as a deputy district attorney – the longest prosecutor tenure in San Mateo County history.

Mike describes himself as a proud South City kid, learning responsibility early in life with his Enterprise-Journal paper route, and how to be a valued team player during his seemingly endless years of playing baseball and football, through umpiring at the cold El Rancho Field. Mike also excelled in his education, having attended St. Ignatius College Prep before joining the U.S. Marine Corps in June 1998. Lt Colonel Mike Wendler still serves today.

His quest for knowledge brought him to UC Davis to study Political Science, and moving forward into the law profession, Mike received his Juris Doctor degree from Loyola Law School Los Angeles. Mike has been serving as deputy district attorney for San Mateo County since 2006. His appointment as Judge in our County Superior Court is an amazing achievement brought about through a long dedicated journey in his continued service to others.

“I always valued my South City roots,” Mike told us “Being surrounded by diversity in all ways and salt of the earth people who were always hard-working, genuine, and could be counted upon as neighbors.”

Mike now lives in Belmont with his 2-year old rescue pup, Spike,  who he credits for being his travel buddy, hiking buddy and wingman.

We thank Mike for his years of service to others and congratulate him on this new milestone as we wish him continued success in his career of service.