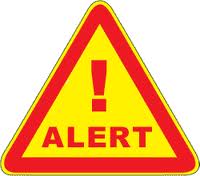 Consumers should prepare for the likelihood of rotating electric outage

The California Independent System Operator (ISO) issued a statewide Flex Alert, a call for voluntary electricity conservation, beginning today and extending through Wednesday. The Flex Alerts are in effect from 3 p.m. to 10 p.m. each day.

A persistent, record-breaking heat wave in California and the western states is causing a strain on supplies, and consumers should be prepared for likely rolling outages during the late afternoons and early evenings through Wednesday. There is not a sufficient amount of energy to meet the high amounts of demand during the heatwave.

However, consumers can actively help by shifting energy use to morning and nighttime hours and conserving as much energy as possible during the late afternoon and evening hours.

Consumer conservation can help lower demand and avoid further actions including outages, and lessen the duration of an outage.

Consumers are urged to lower energy use during the most critical time of the day, 3 p.m. to 10 p.m., when temperatures remain high and solar production is falling due to the sun setting.

Extended periods of heat also can cause generator equipment failures that can lead to more serious unplanned losses of power.

The ISO recognizes that reducing energy use during the hot time of the day is a hardship, especially for those working from home or with children schooling at home. However, if a large number of consumers do their part in small ways, conservation can make a difference.

Consumers can also take steps to prepare for the Flex Alert by doing the following before 3 p.m.:

Conservation Tips
• Set thermostat at 78° or higher and turn off, if away
• Cool with fans and draw drapes
• Turn off unnecessary lights and appliances
• Use major appliances in morning or late evening