SEE SOMETHING – SAY SOMETHING!

On May 17th our South City neighbor, Estrada LeAnna,  shared this photo on our Facebook wall with this message;

‘I was coming home from Costco when I saw this. This would be a fire hazard.

All these buildings and companies being built here in SSF…but no one seem to care about this mess anymore?

This needs major clean up ASAP!
(Underpass near Dunkin Donuts)’ 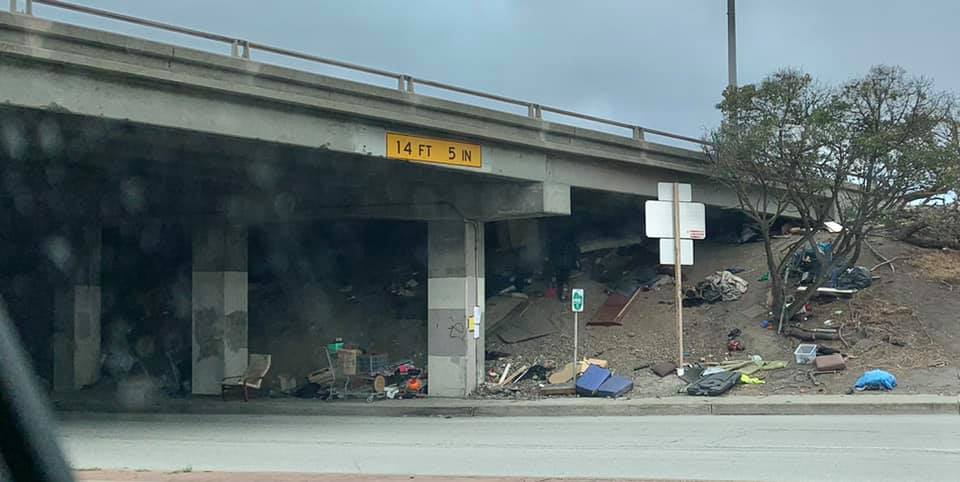 Thank you to Estrada for bringing this to our attention! Photo credit- Estrada LeAnna

And of course, it attracted over 115 comments, including those from equally frustrated residents who shared their experiences and opinions. {read them HERE}

One response was from Southsan Francisco:

To which Alden Soohoo responded as follows:

Southsan Francisco
Unfortunately, I have been complaining about this problem to the city of SSF for MONTHS.
I have been told that this is a Caltrans problem as well. From my numerous follow-ups, I’ve learned that the city and even our chief of police have gotten involved in barking up Caltrans’ tree. I was originally one of those who had initiated a “ticket” for Caltrans to clean this up on their website with no response.
When I continued to try to escalate my complaint with Caltrans, I was given the name of someone who addresses public matters regarding these tickets. He told me that he emailed the supervisor of that area and will get back to me when he hears from him. This was 3 weeks ago.
ENOUGH IS ENOUGH.
Southsan Francisco, when someone leaves a huge mess on the street in front of your house, you don’t wait for the city to come by to pick it up, you walk down your driveway into the street and pick up whatever was dumped there as long as it is within your means. I believe the city has the means to do this and I strongly urge them to do so immediately.

Drove by this morning as it was being cleaned up. Do we credit Caltrans or the city?

He later responded with this update:

I happen to speak with the city street dept yesterday. For what it’s worth, it was a joint clean up by the City and Caltrans and it seems the city did the majority of the clean up. 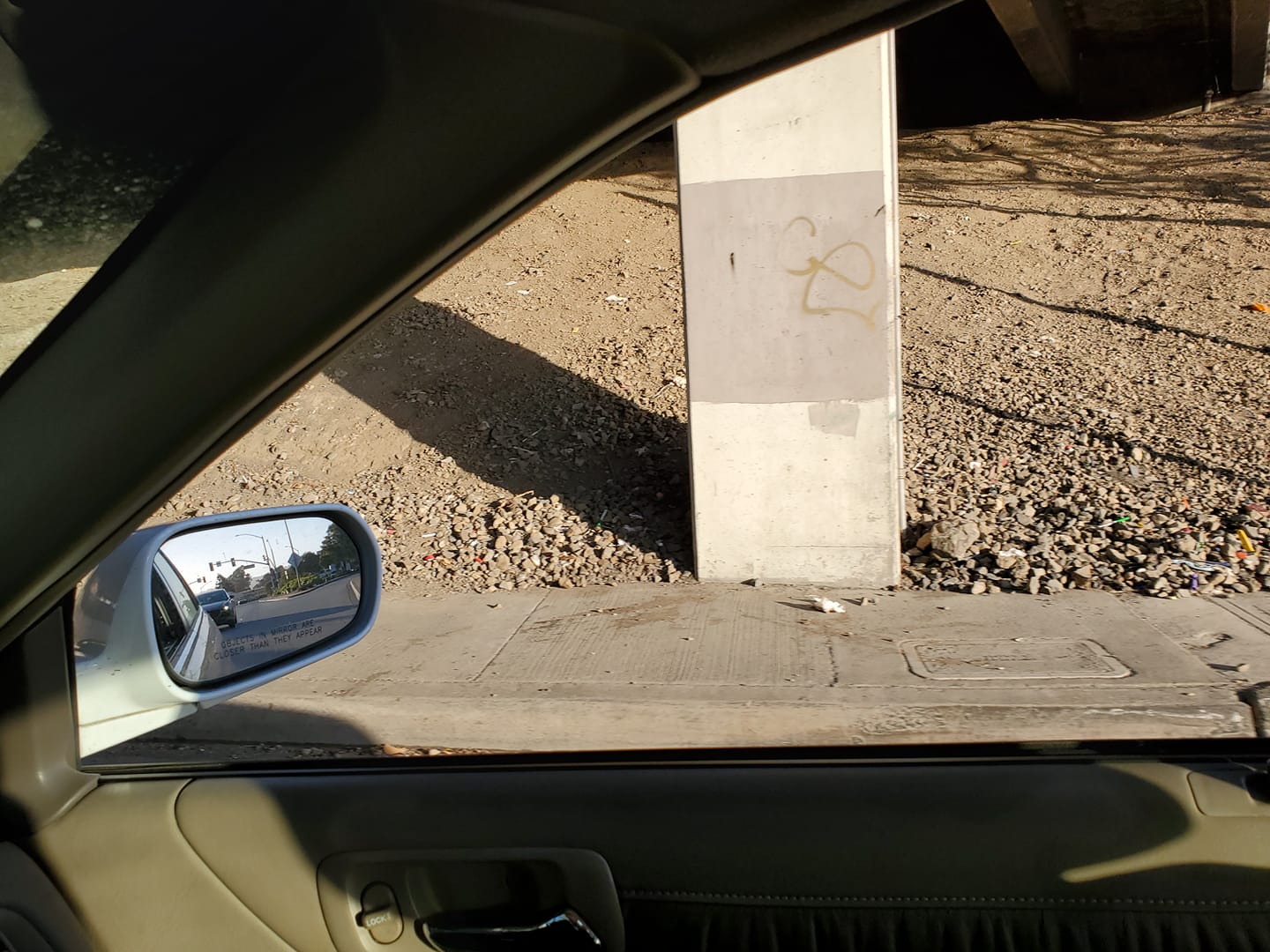 Thank you to Dr. Alden Soohoo for his continued perseverance to see this blight resolved. And to our Public Works Dept who did the lion’s share of the work! 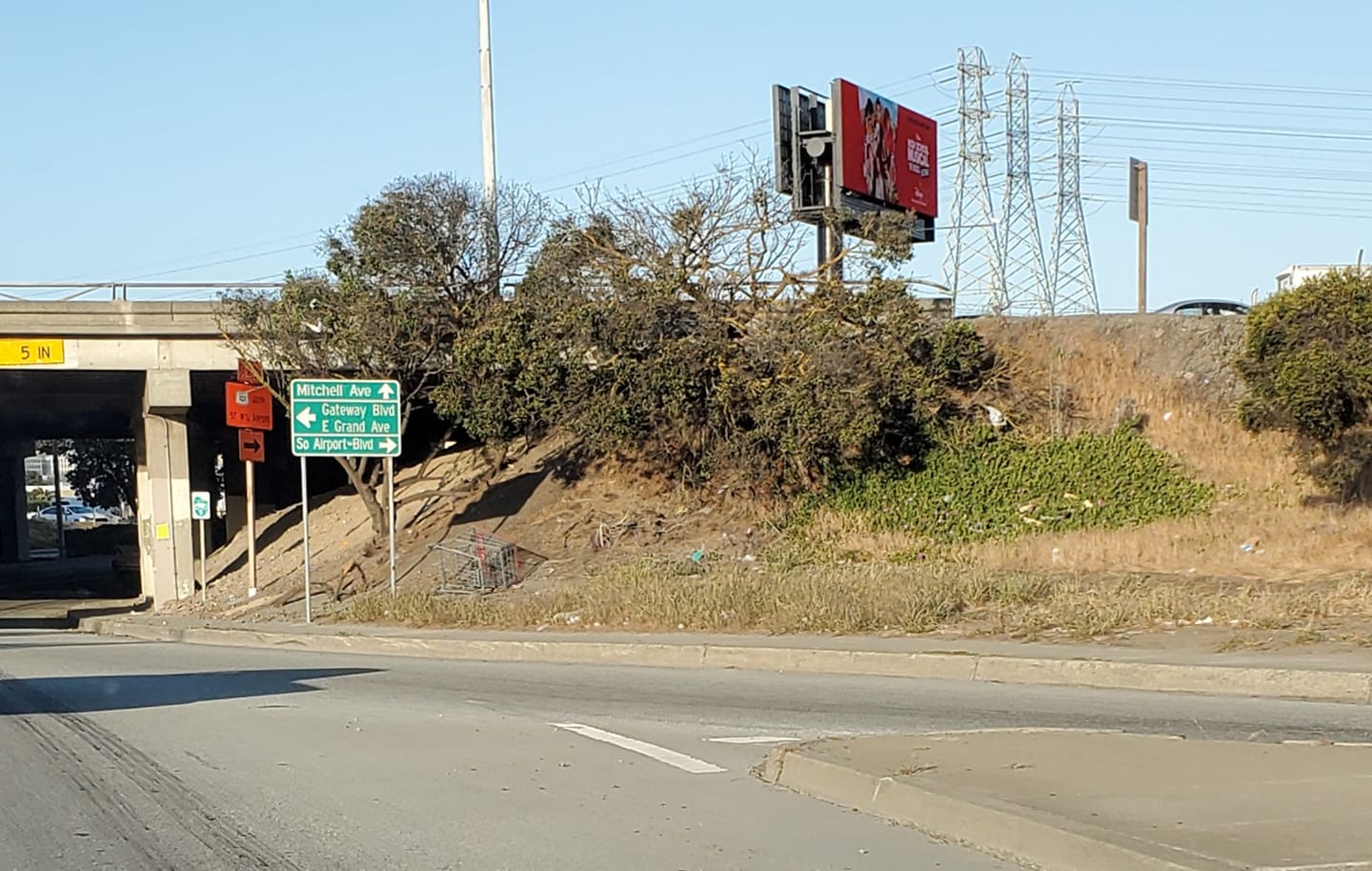 While the underpass area has been cleared from debris, it is disappointing to see a shopping cart etc. a stone’s throw from the clean up area.

As a parting thought – one has to wonder why it would take a meeting between CHP, Caltrans, State Legistalors and the City of South San Francisco to move an issue, such as this, forward. Your taxpayer dollars at work. 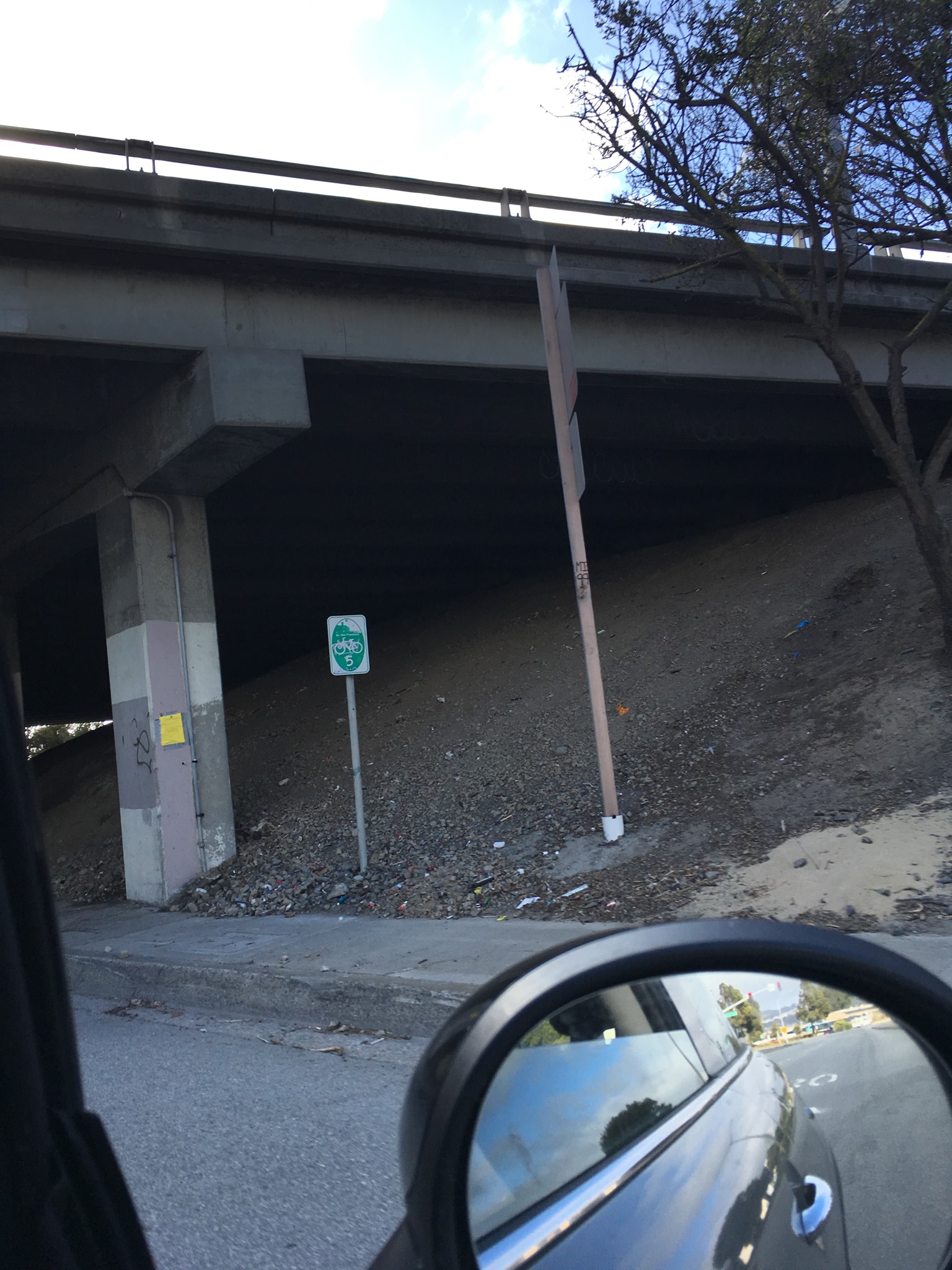 ‘Since your post last Tuesday… looks like either the City or Cal Trans cleaned up under the freeway.’
-Rowena Robles‎ May 23, 2021

A clean city is a smart city.
Thanks to all that care to get involved.

They need to fill this space with cactus plants to stop the prior vagrants from returning.

THANK YOU CONCERNED CITIZENS OF
SSF, IF IT WERE LEFT TO THE POLITICANS AND CALTRANS, SSF WOULD BE ANOTHER SF/OAKLAND, YOU HAVE TO STAY ON TOP OF THE
POLITICANS AND RELATED DEPARTMENTS, OTHERWISE SSF WOULD BECOME A SHITHOLE, LIKE OUR NEIGHBORING CITIES & COUNTIES