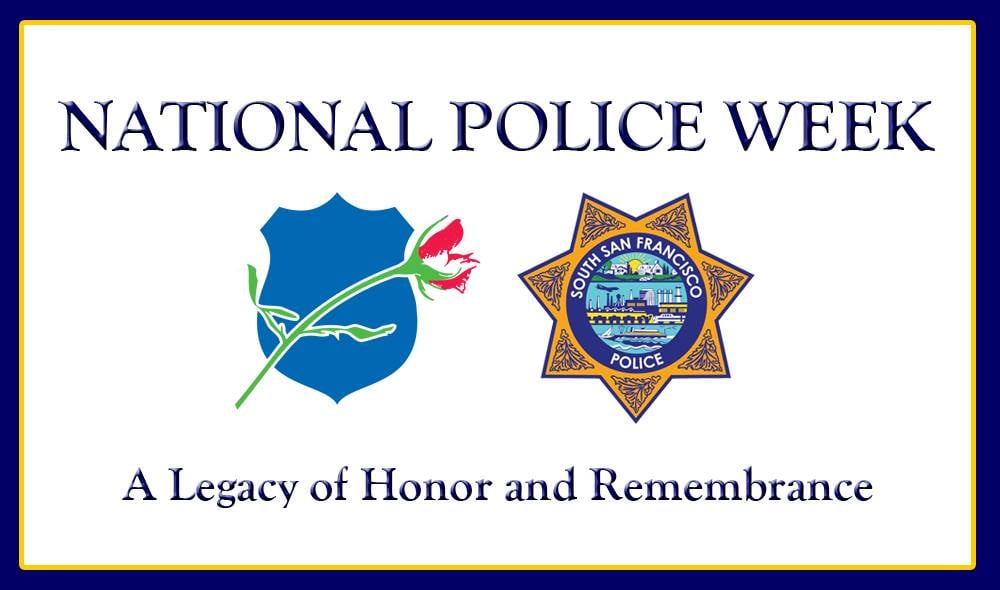 During National Police Week, Concerns of Police Survivors (C.O.P.S.) promotes blue ribbons tied on car antennas as a reminder to the public that many law enforcement officers have paid the ultimate price and given their lives in the line of duty. It is also to honor those officers who, day and night, stand guard in our communities.
National Law Enforcement Officers Memorial Fund will host a Virtual Candlelight Vigil on May 13 at 8:00 p.m. to memorialize the 22,611 officers killed in the line of duty. Due to Covid-19, this year the host organizations of National Police Week have postponed in-person events in Washington D.C. until October 13-17, 2021.
The South San Francisco Police Department pays tribute to Officer Arthur William Moyle, the first and only police officer to be killed in the line of duty in South San Francisco on May 4, 1953. Visit the Officer Arthur William Moyle Memorial page here.
The South San Francisco Police Department currently has 83 sworn officers, with a total of 120 staff working to protect the residents of South San Francisco.