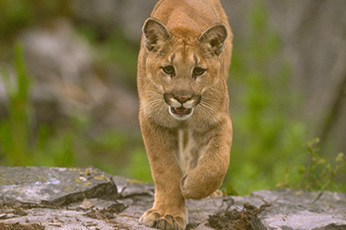 On 05/31/2021, at approximately 7:00PM, a resident believed they saw a mountain lion on the 600 blk of Sequoia Ave, Millbrae. There was no photographic evidence and no additional sightings have been reported. Sheriff’s deputies searched the neighborhood without seeing a lion. Coyotes are endemic to the entire Peninsula and have been seen all over Millbrae. Lion sightings should be called in to 9-1-1. For more information about mountain lions, visit the California Department of Fish and Wildlife website for further. Sgt. Heffelfinger, San Mateo County Sheriff’s Office, Millbrae Patrol Bureau.

More than half of California is mountain lion habitat. Mountain lions generally exist wherever deer are found. They are solitary and elusive, and their nature is to avoid humans.

Mountain lions primarily eat deer, but, if allowed, they will prey on vulnerable pets and livestock. In extremely rare cases, even people have fallen prey to mountain lions.

In recent years, there have been ever-increasing interactions between people and mountain lions. As a result, CDFW has developed strategies to address the risk of mountain lions on the landscape, and highly trained scientific and law enforcement staff address all cases of human conflicts with mountain lions. Importantly, cases where mountain lions threaten people are immediately addressed. In cases when livestock or pets are killed by mountain lions, the CDFW has established decision-making processes in issuing permits for mountain lion depredation, which are rooted in the depredation provisions of Proposition 117 (Fish and Game Code sections 4800-4810). Since 2017, CDFW’s approach has been deliberative, starting with a three-step policy being implemented in the Santa Monica Mountains and Santa Ana Mountains. In February 2020, the policy was expanded to the larger proposed evolutionarily significant unit (ESU) contained in the petition to the Fish and Game Commission (more below) to list mountain lions under the California Endangered Species Act (CESA). The proposed ESU encompasses an area stretching from San Francisco in the north to the Mexico border the south and from I-5/I-15 in the east to the coast. A primary focus of the three-step deliberation is to prioritize and pursue approaches and actions that are non-lethal in accordance with Fish and Game Code section 4801.5, which provides that non-lethal measures shall be used when issuing depredation permits unless otherwise stated in Chapter 10 of Division 4 of the Fish and Game Code.

In July 2019, the Center for Biological Diversity petitioned the Commission to list mountain lions as threatened under CESA within a proposed ESU located in Southern California and along the central coast of California. In April 2020, the Commission found that listing of this ESU may be warranted and designated mountain lion within the ESU as a candidate species under CESA. As a result, CDFW is now completing a 12-month status review of mountain lions within the proposed ESU. At the end of the review, CDFW will make its recommendation on listing to the Commission. Under CESA, species classified as a candidate species are afforded the same protection as listed species. As a result, mountain lions in this proposed ESU are CESA-protected during the review period.

Help prevent unwanted conflicts with these beautiful wild animals. Do your part, keep them wild.

What to do if you Encounter a Mountain Lion

Mountain lions are quiet, solitary and elusive, and typically avoid people by nature. However, as human population expands into mountain lion habitat, more frequent sightings may occur and human/mountain lion encounters may increase.

Mountain lion attacks on humans are extremely rare. However, attacks have occurred in California. Understanding mountain lion behavior and how to act responsibly in mountain lion country may greatly reduce potential conflict with these majestic animals.

The following safety information is a compilation taken from wildlife managers, wildlife officers and scientists that study mountain lion behavior. Although no strategy in the event of an encounter is guaranteed to be successful in every situation, these tips will help keep you safe in lion country.

the major cause in increasing sightings is the refusal of the state to control the
mountain lion population, under the idiotic edict issued by the state (specifically wish & wild life) these killers are allowed to breed unchecked,
consequently these killers are running
out of living space, and prey to feed upon, the killing animal lovers in
sacramento, would rather human beings become “happy meals”for these predators, rather than culling the population, so who is more important,
idiotic animal lovers or human beings,
think about it, especially if you become
a “happy meal”