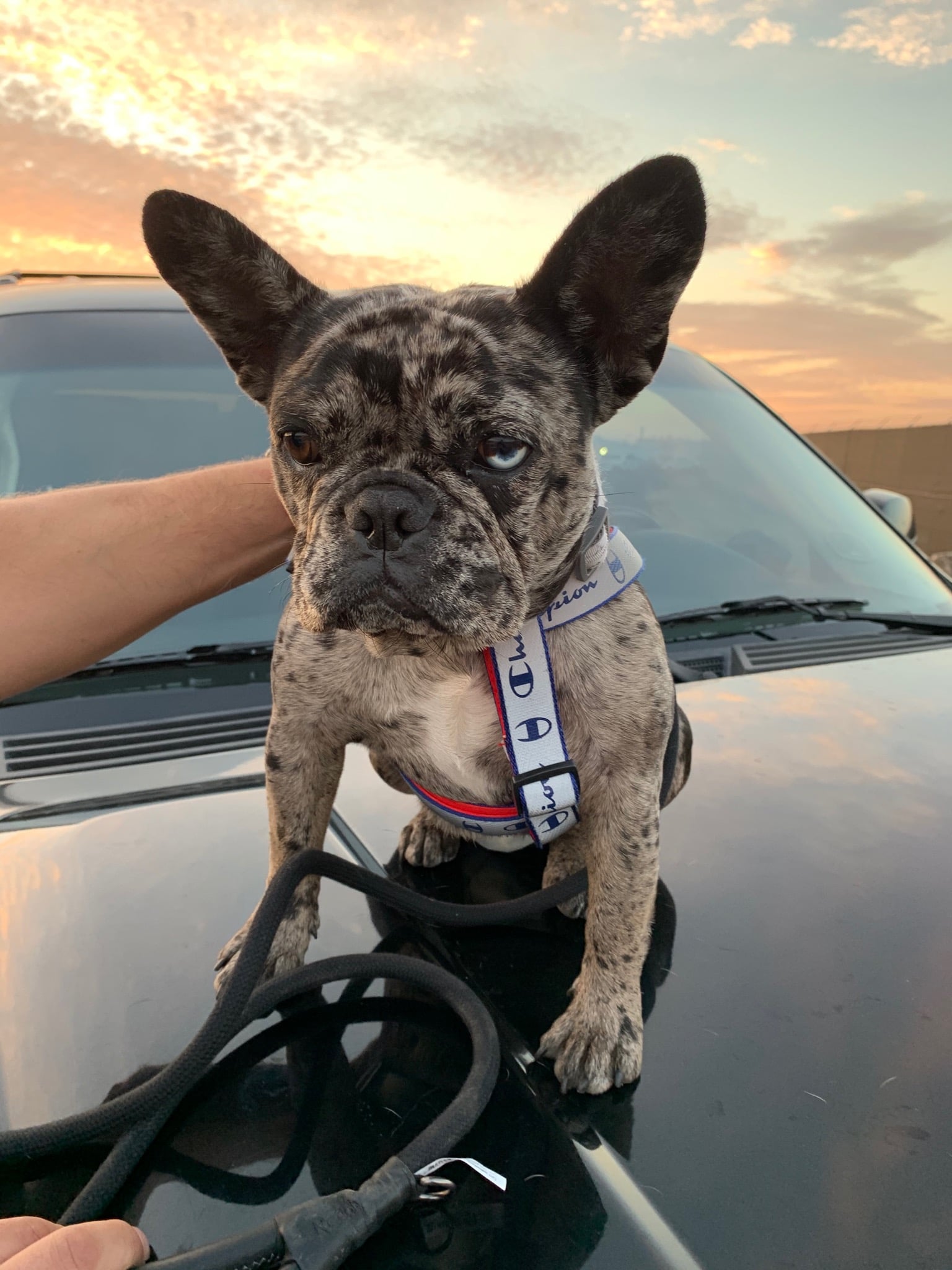 On the evening of 06/29/2021, two victims were at a hotel on the 300 block of South Airport Boulevard when three suspects forcefully entered their hotel room. The suspects proceeded to punch one of the victims for several minutes until using a metal object to strike his head. The suspects then stole the other victim’s cellphone and a French Bulldog “Prada”. SSFPD Detective Ricky Amador and the Neighborhood Response Team worked vigilantly to identify the 20-year old suspects who resided in San Francisco, Daly City and Pinole.

Yesterday afternoon, Detective Amador successfully arranged to meet the suspects in Fremont later in the evening to purchase “Prada.” Around 8:10 pm, Detectives and Neighborhood Response Team Officers located and safely arrested all three suspects and recovered “Prada,” who was in good health and reunited with her owner.

The suspects were booked into the San Mateo County Jail for robbery, assault with a deadly weapon, and conspiracy.

Outstanding investigative work Detective Amador! The efforts of Detective Amador and the Neighborhood Response Team not only removed three dangerous individuals from the streets, but reunited Prada with her family

the good guys, took down a bunch of
dumb asses, yeah for our side, way to
go SSFPD