Preface by Tom: One of the most difficult things I have had to write. Answering the phone, scheduling, rescheduling, not knowing when crab season will start, I spent the last five years on the Dungeness Crab Task Force Whale Entanglement Group. Listening to ‘just vertical lines in the water’, meetings, more meetings, public testimony at California Department of Fish and Wildlife and Fish & Game Commission meetings finally took its toll. Extremely Sad 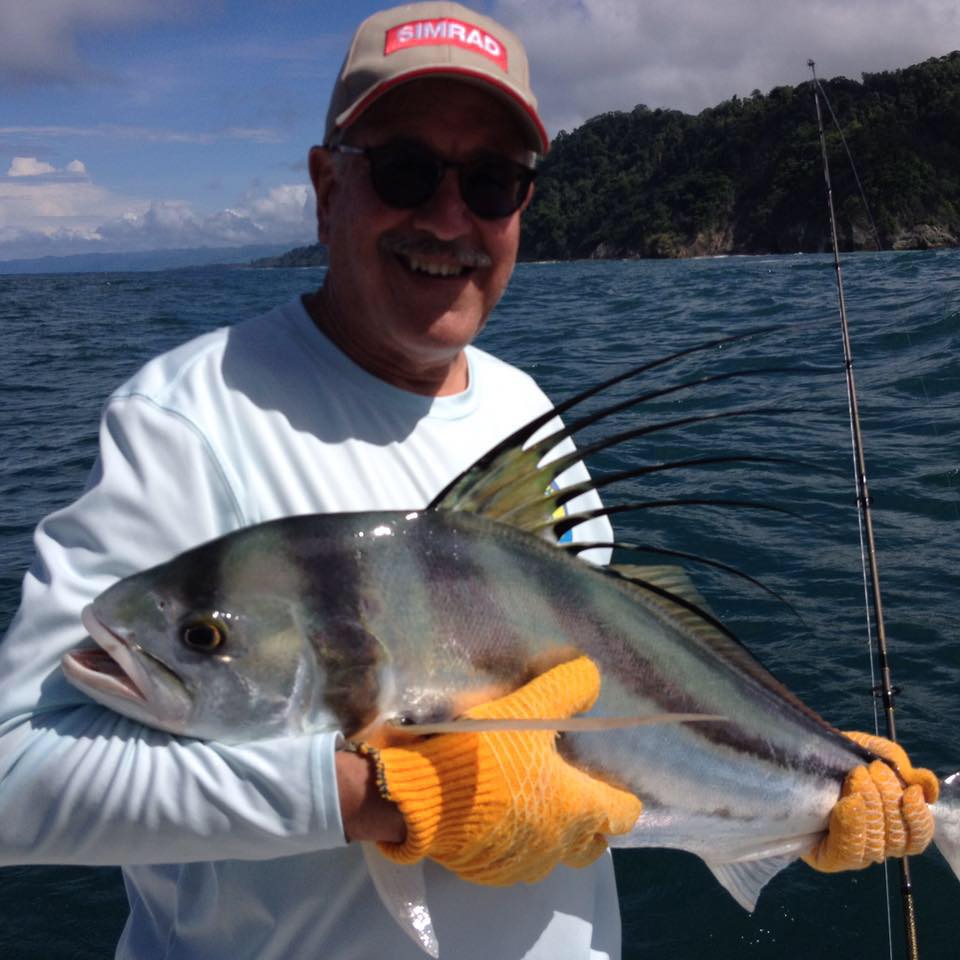 A little over 20 years ago I bought the Huli Cat after operating other people’s charter boats. Prior to that I had a Boston Whaler 20’ Outrage for fishing and diving since 1977. It seems incomprehensible, however, due to California politics and policies, change is coming. The straw that broke the proverbial camel’s back was the California Fish & Game Commission ruling that recreational Dungeness crab would be subject to the same opening rules as commercial.

California Department of Fish & Wildlife bears a little responsibility for the upcoming change.

I’ve been involved in as many research projects as I could possibly find. Engo’s promoted a ‘best available science’ to assist governing our Federal fisheries. I always hoped I was adding to our knowledge base and filling gaps about populations and conditions on the Pacific Ocean. I sat on 2 different Regional Working Groups attempting to preserve as much fishable area for recreational anglers and divers. I’ve worked on recreational and commercial EFP’s to answer questions about populations and techniques. I worked on stock assessments to validate fish populations. I’ve participated in lingcod, halibut, salmon, albacore and Humboldt squid research projects. I’ve spent 5 years on the Dungeness Crab Task Force Whale Entanglement Group representing CPFV.

I attempted to get projects like the EFP for recreational chilipepper, that was identical to a commercial project I successfully completed. Chilipepper is classified as an underutilized species as recreational and commercial fisherman are not catching enough. That was shot down by the California Department of Fish & Game. I talked years ago about an opportunity for the recreational sector to go after petrale sole fishing over 150 fathoms at the PFMC and listened to commercial fisherman bemoan, “There goes recreationals trying to ruin another commercial fishery!” When we had depth closures, I tried to get recreationals to go after black cod and chilipepper to take the pressure off the nearshore. Work in the Ano Nuevo MPA and reference cells contributed to a new method to interpret rockfish stock assessments.

There is an old saying, the two best days of a boat owners life are the day you buy a boat and the day you sell a boat. There is something about being offshore on saltwater that makes that difficult to believe. Travelling across open water, anxious to catch salmon, rockfish, albacore, Dungeness crab instills a certain joie de vivre. Seeing how happy anglers are bringing up their first or their 1000th fish is soul satisfying. Seeing a crab pot come up full of Dungeness crab. No concrete, rarely ever a traffic issue, enjoying a whale show, dolphins, birds and shark sightings beats anything you can find on TV. Working with the Maverick’s Surf events and movie, ash scatters at sea, taking Veterans out on special trips, Police Activity League trips, Children of Deaf Adults, disadvantaged youth trips, Christmas boat decorating events at Pillar Point Harbor, marrying people on the boat, parties on the boat, seeing three generations of a family fishing together, salmon, rockfish, Dungeness crab and Humboldt squid all remind me of good experiences.

I have a Simrad system on Huli Cat. I looked at some of the long term statistics. I have traveled over 18,000 nautical miles on the current set of electronics. Prior to the current John Deere motors, I wore out a set of Cummins engines, those replaced a pair of Detroits. I found it almost incomprehensible it was possible to wear out propellers.

The California Fish & Game Commission meeting where it was decided recreational would be subject to the same rules as commercial Dungeness crab opening was pitiful. Director Bonham started by saying it would be done. There was massive public comment against this, the 5 Commissioners were unanimous in aligning the seasons if whales were present due to a lawsuit by CBD. The was no consideration of how few recreational entanglements had ever been recorded, no credit to no CPFV entanglements ever recorded. Rockcod crab combos are incredibly popular. Adding red buoys to recreational crab pots? Add the data moderate Quillback and Copper rockfish issue at the PFMC, be thankful presentations by the public saved that for now. Don’t think it is just fishing CDFW has challenges with, the California deer population is down 70% from the 1970’s.

This is the end of an era. I sold the Huli Cat. In addition, the new owner will change the name.

The Huli Cat will only exist in memories. 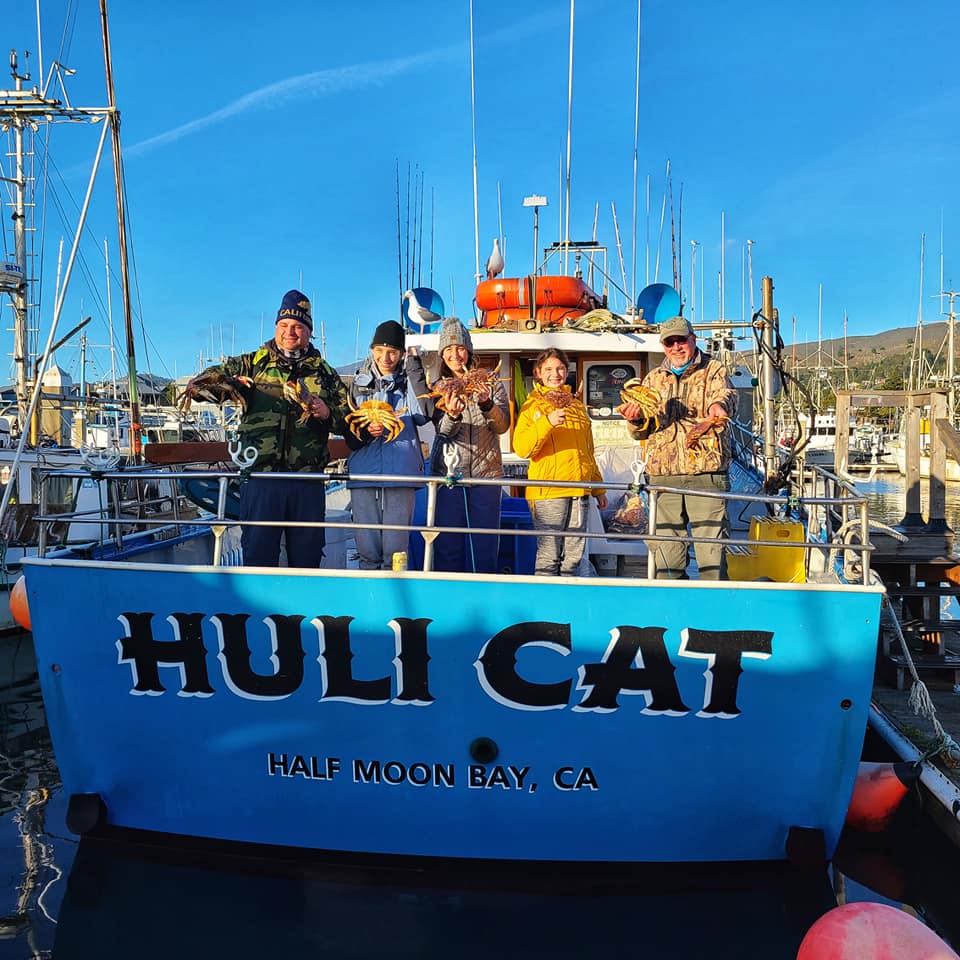 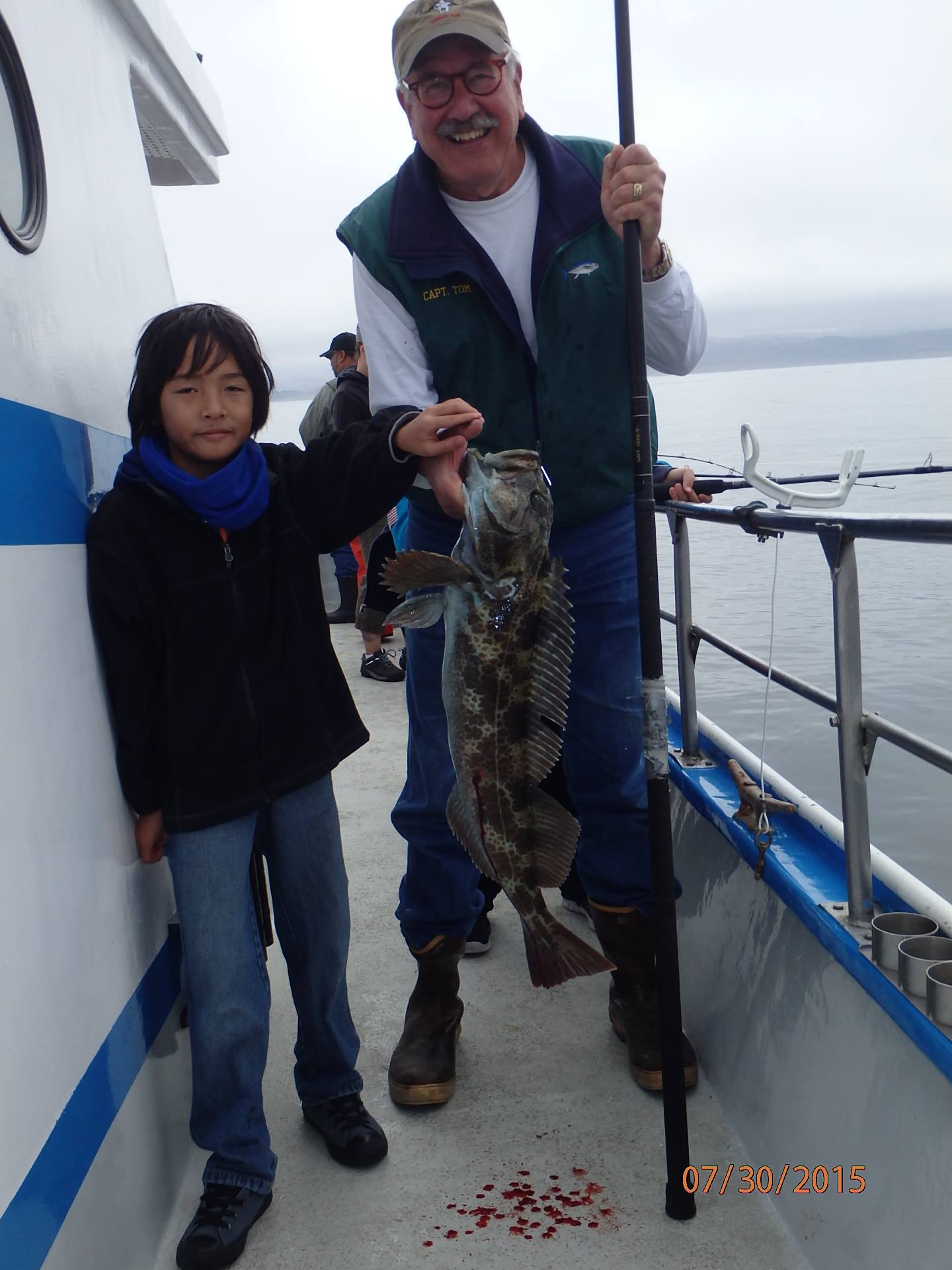 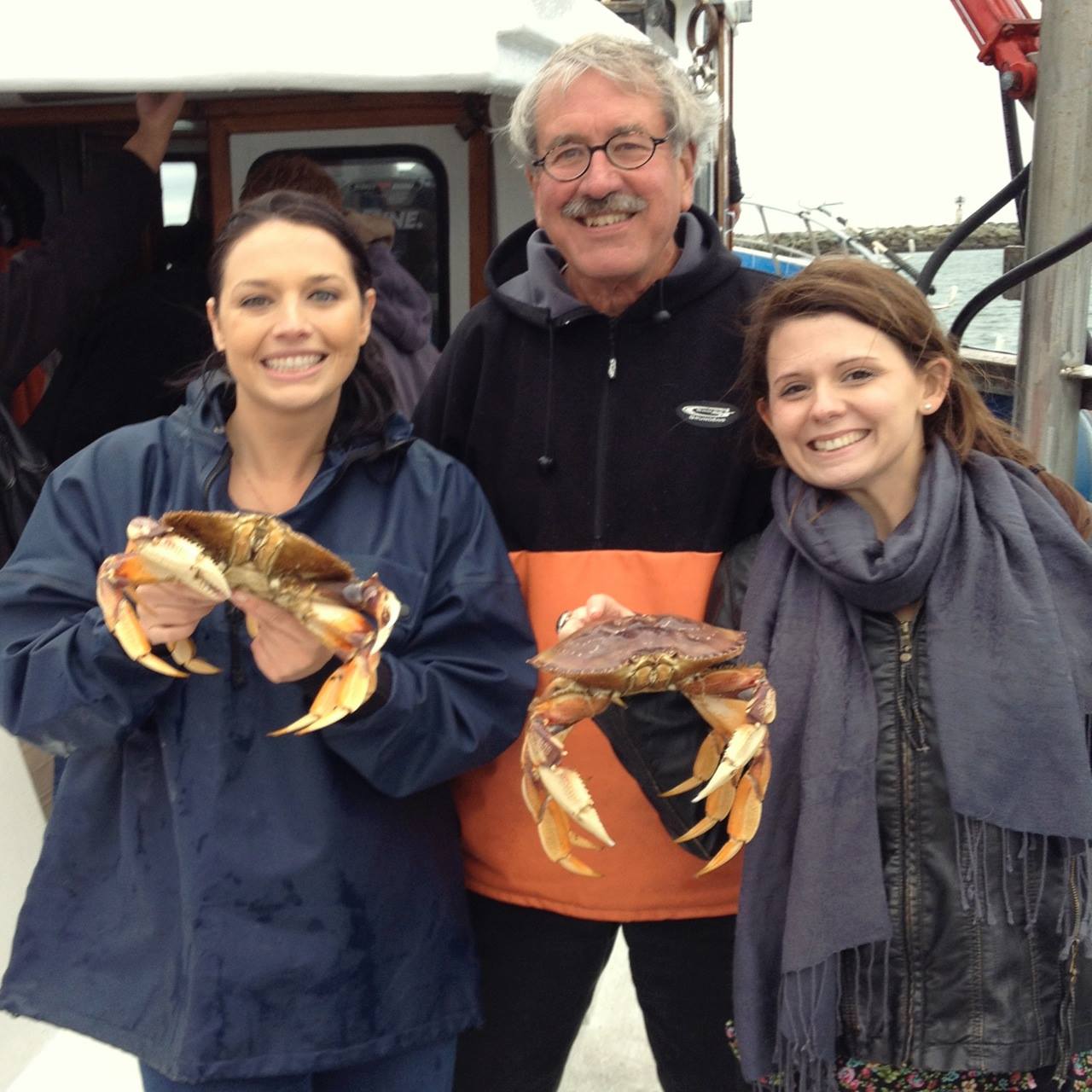 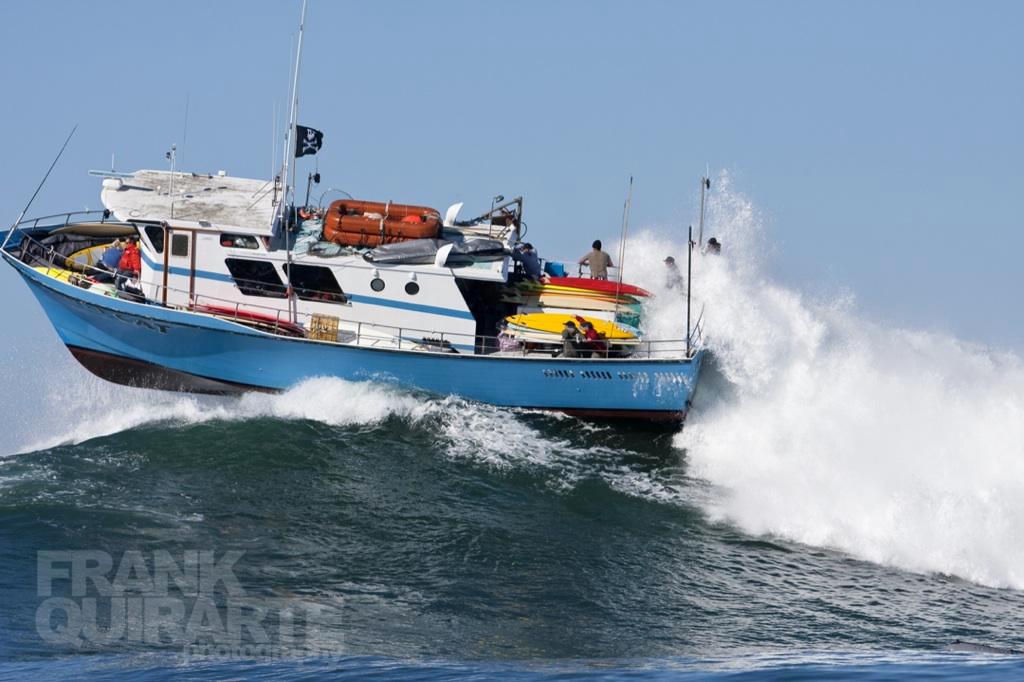 From 2.12.2012 by
Frank Quirarte
https://www.facebook.com/FRANKQUIRARTEphotography 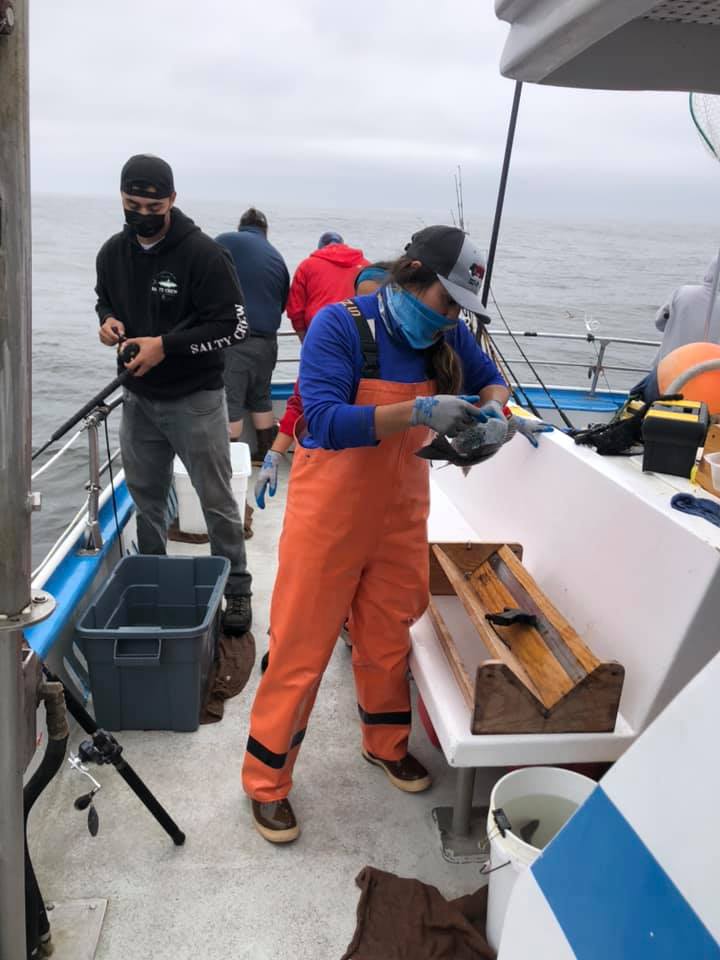