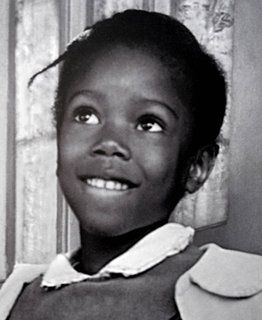 With Help from Senator Josh Becker, the Campaign by SSF 5th-Graders to Gain Widespread Recognition for Courageous 6-Year-Old Who Helped Desegregate Schools Rises to the Next Level

Starting this fall, November 14 will become Ruby Bridges Walk to School Day in California, thanks to the efforts of fifth-graders at a South San Francisco school with an ambitious goal of making the special day of recognition for the civil rights pioneer a national observance.

“Ruby Bridges is a role model to our youth, particularly young girls, and her courageous act demonstrates the immense potential our young people have to become leaders,” said State Senator Josh Becker, D-Peninsula. “As the first Black child to desegregate her New Orleans elementary school in 1960, Ruby has inspired generations of Americas of all ages to stand up for civil rights.

“The fifth-graders taught by Deborah Carlino at Martin Elementary School in my district have taken Ruby’s legacy to heart. They are working to gain widespread and increasing recognition for Ruby, who when she was just 6 years old walked to school day after day amid angry mobs spewing racial epithets and other hate speech. I am proud to have helped the fifth-graders of Martin Elementary School advance their campaign.”

Senator Becker introduced Senate Resolution 59 to proclaim November 14 as Ruby Bridges Walk to School Day in our state. The Senate passed the resolution today with a unanimous,  bipartisan vote. The measure takes effect upon its filing with the California Secretary of State’s Office.

The learning journey for Ms. Carlino’s fifth-graders began more than three years ago, when Ms. Carlino’s students were studying Black History Month. They learned about Ruby Bridges, about the landmark court ruling that enabled her to attend what had been a whites-only grammar school, and they learned that Ruby was the first, and for a while the only, Black child to attend the school. Only one teacher was willing to serve as Ruby’s instructor and no other children wanted her to attend class with her. So Ruby was taught alone, kept to herself at recess and at lunch ate only the food she brought from home, because an angry parent threatened that any other food she ate at school would be poisoned.

When a South City fifth-grader asked if there was a Ruby Bridges Day, the class also learned there was none. They decided to do something about it. They wanted the president to rectify the problem, then their teacher explained the basics about governmental process. So, the fifth-graders collected 1,183 signatures on a petition to establish Ruby Bridges Walk to School Day, then they persuaded the South San Francisco Unified School District Board to establish the special day for Ruby Bridges. Successive fifth grade classes persuaded the San Mateo County Board of Education, the South San Francisco City Council, and the San Mateo County Board of Supervisors to also recognize Ruby Bridges. Then they set their sights on state government.

Ms. Carlino and her fifth-graders, who had the livestream of the Senate sessions playing during their class all week in anticipation of today’s vote, are excited by their success and are looking forward to their next challenge.

“My wish is that we will have a national walk to school day for Ruby and that children will be the leaders. That children will lead us toward being kinder, gentler, stronger and caring about other people more,” said Ms. Carlino. “I think that Ruby resonates with all of us so much because she exemplifies the power of a child and a child who peacefully went forward and did her best and did this for other people.”

Daisy Casey, one of Ms. Carlino’s fifth-graders, and her class met Ms. Bridges in an online get-together earlier in the school year. It was a thrilling experience and the class looks forward to having another chance to connect with their hero. “It was amazing to speak to Ruby Bridges — because it’s Ruby Bridges,” Daisy said. “She did a lot and I learned that no matter what color your skin is you can do anything,”

“I’m deeply honored to participate in this impressive effort by Martin Elementary School and I thank the coauthors and all our Senate colleagues for their support,” said Senator Becker. “I look forward to celebrating the state’s first observance of Ruby Bridges Walk to School Day in November.”

Eighteen state senators from both sides of the aisle signed onto to SR 59 as coauthors. These are the legislators who coauthored SR 59:

The California Senate established November 14 as Ruby Bridges Walk to School Day in California to honor the civil rights pioneer who was just 6-years-old when she braved an angry mob screaming racial slurs as she walked into an elementary school in New Orleans. With her courageous act, Ruby became the first Black child to desegregate her school. She continued undaunted, never missing a day of class even though the mob continued to harass her each day as she walked to school. California’s recognition is the result of work by fifth-graders at Martin Elementary School in South San Francisco who took Ruby’s legacy to heart to win broader recognition of the civil rights icon.

**More about our amazing students and Ms Carlino’s efforts on ESC CLICK HERE and follow their journey!