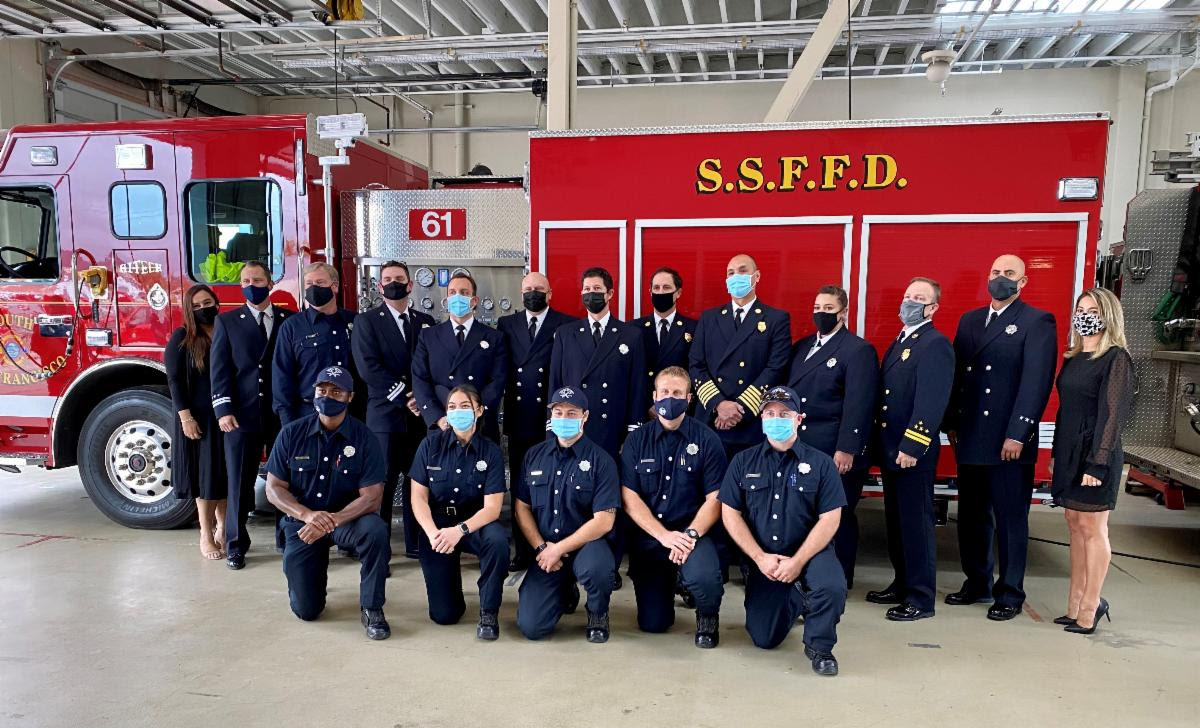 congrats battalion chief Metcho best fire aadmeny insturcter i had. the first that i meet battalion chief and captain golden in 2005.i would remeber was i was so scare going under maze and draggin out the dumy captain came with me and said. hey john when i was your age i was scare to as kid. he told me that you do this john. so battalion mectho came with me. i will never for get that moment. in 2010 we were doing roll call battalion chief call my name i said here, that day i went to giants dodgers game that nigth i last my voice beause i was booing all the dodgers players that day.

South City Fire is the best! We feel so confident and secure with the SSFFD on selfless duty. We used to live on Chestnut Avenue when our girls were younger and would watch the engines go up and down the street while they played outside…sometimes you were in a rush or sometimes just going “to lunch”. (haha) They have grown up respecting the hard work the SSFFD does, along with the SSFPD, and know that you will always have their backs while in South City. Thank you and God bless you all!