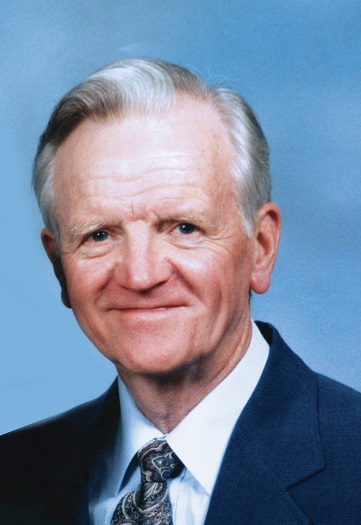 Douglas Butler passed away peacefully at home on September 8, 2021.

Douglas was the first member of his family to be born in America in Newark, New Jersey on July 28, 1924 after Albert and May emigrated from Birmingham, England in 1922 with their daughter Joan.

While at summer camp at the age of 11, he came to accept Jesus Christ as his personal savior. After serving in the Navy in the Philippines during World War 2, he attended Wheaton College.  After graduation, he settled in San Francisco where he earned a Masters Degree from San Francisco State University and taught in San Francisco public schools for 30 years. It was in San Francisco he married Billie, his wife of more than 50 years in 1959.

He was an active member of First Baptist Church for over 60 years where he served as a deacon, choir director and other roles including teaching bible class for 50 years. He also ministered with the Gideons for more than 30 years after his retirement as well as the Seafarer’s Ministry in addition to volunteering in the local community including the Save San Bruno Mountain campaign and several reading programs.

A memorial service will be held this Saturday, Oct. 2nd at 2 PM at First Baptist Church in San Francisco, Market and Octavia. The service will be livestreamed – CLICK HERE to access