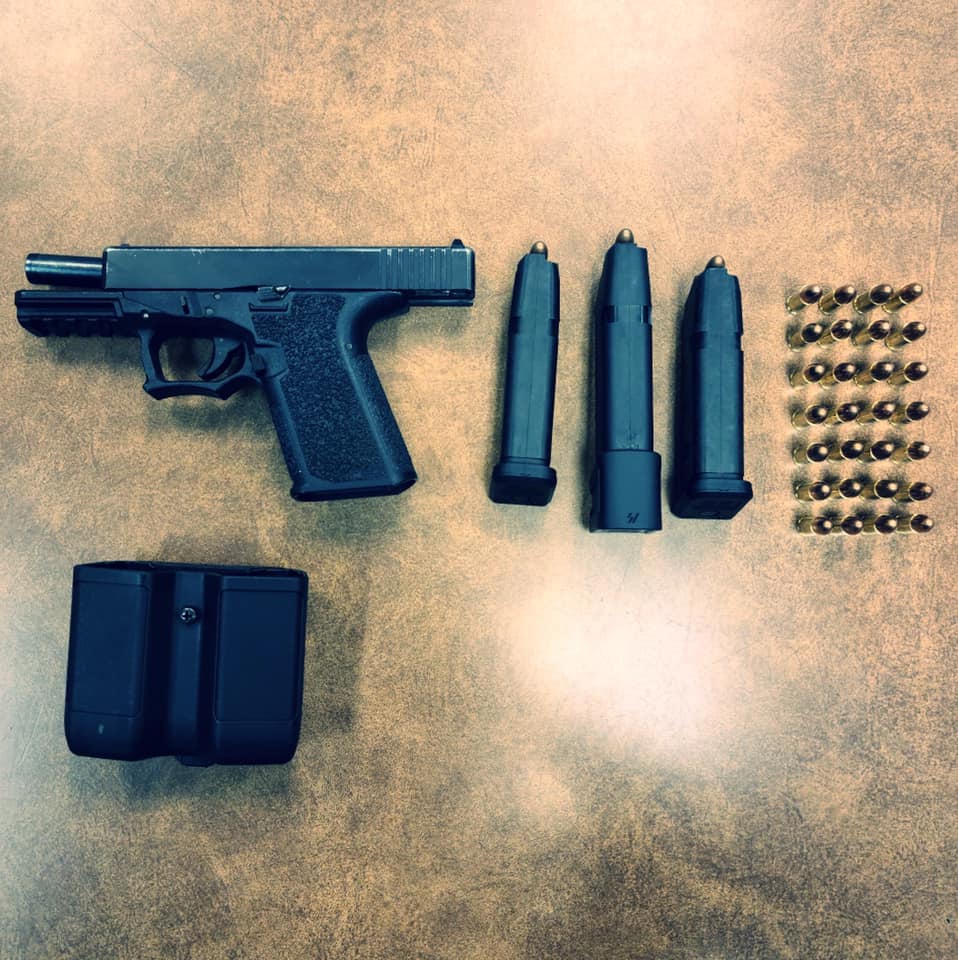 Early this morning, October 30th, officers responded to the area of South Airport Boulevard and Utah Avenue on a report of a shooting. Upon arrival, the suspect vehicle had already left and no victims were located.

Shortly after, officers responded to the area of DNA Way and Forbes Boulevard on a report of a male and female arguing. Officers arrived on scene and located evidence of a shooting, however, nothing else was found.

After viewing video surveillance, officers recognized the vehicle from their routine patrol and the vehicle was eventually located at a hotel on the 300 block of South Airport Boulevard.

The suspect was contacted in his hotel room and officers located a 9mm “Ghost Gun” and ammunition. The suspect was a convicted felon and was booked into the main jail. Great teamwork by all involved to take another dangerous individual off the street.