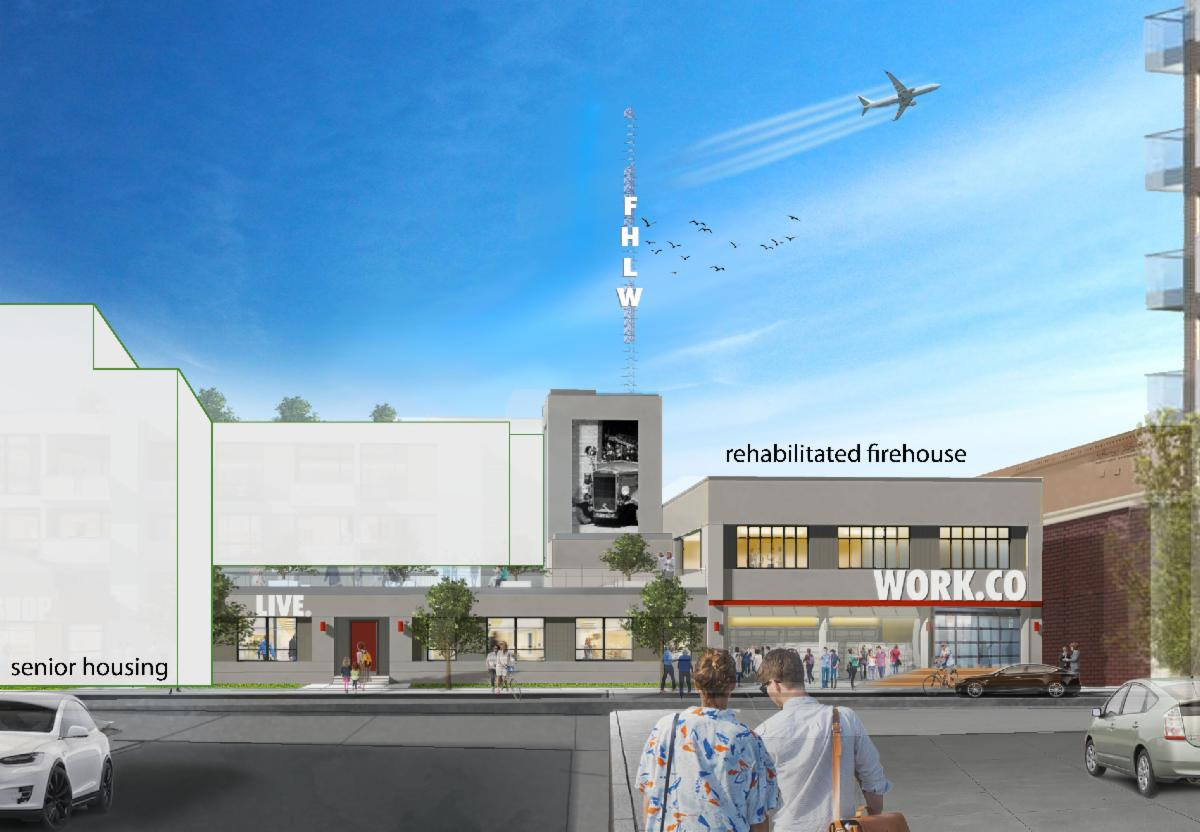 At the November 10th meeting, the South San Francisco City Council approved the sale of the historic retired firehouse at 201 Baden Avenue to Eden Housing and Firehouse Work LLC.

Built in 1948, the Central Fire Station provided fire protection for downtown South San Francisco until it was replaced in 2006 by a larger, modern fire station capable of serving a growing South San Francisco. The city-owned fire station has been used for storage since 2006, but with this sale to Firehouse Work LLC, it will be preserved and renovated for use as the new headquarters for Group 4 Architecture, Research + Planning, Inc., a local South San Francisco firm. Group 4 is also committed to having the fire station placed on the California Historical Registry and preserved as part of the city’s past.

“For four years we have worked with City staff and City Council developing a joint vision of preserving the historic fire station while also providing much needed senior housing for our residents,” said Dawn Merkes, Principal, Group 4, “as a long-time South San Francisco company it is deeply rewarding to help deliver this positive development for the community.”

Eden Housing will build 82 affordable senior housing units on the parking lot adjoining the fire station and on the adjacent commercial lot occupied by a KFC/Taco Bell restaurant. The new development will include a new KFC/Taco Bell restaurant on the ground floor or another related restaurant brand. “Eden is thrilled to be partnering with the City of South San Francisco on this project. We look forward to adding more high-quality, affordable homes for seniors in this community,” said Linda Mandolini, President and CEO of Eden Housing.

The General Plan Land Use Designation for the 201 Baden Avenue property is Downtown Transit Core, which includes specific policies related to development within the Downtown. “The goal is to reuse currently underutilized sites and to encourage retention of existing and local businesses to the Downtown,” said South San Francisco Interim Economic and Community Development Director Nell Selander. “The commercial portion of this project will achieve two goals as outlined in the Downtown Station Area Specific Plan, including the retention of businesses while protecting the historic building fabric.”
The Eden Housing development will add to the growing number of affordable housing units being built in South San Francisco, including 81 affordable senior housing units recently completed at the Rotary Terrace development on Miller Avenue, the 19 affordable for-sale condominiums within the market-rate development at The Liden, and the 84 affordable family units under construction by ROEM development. The City also recently entitled the development of 36 affordable family units planned by For the Future Housing, half of which are set aside for households with intellectual and developmental disabilities. This investment in affordable housing complements substantial market-rate housing development in the Downtown.

Just another step in destroying SSF, we have enough planned and completed housing near transit. Please the residents that have been your tax paying base over 20-50 years are begging you, don’t force us out!