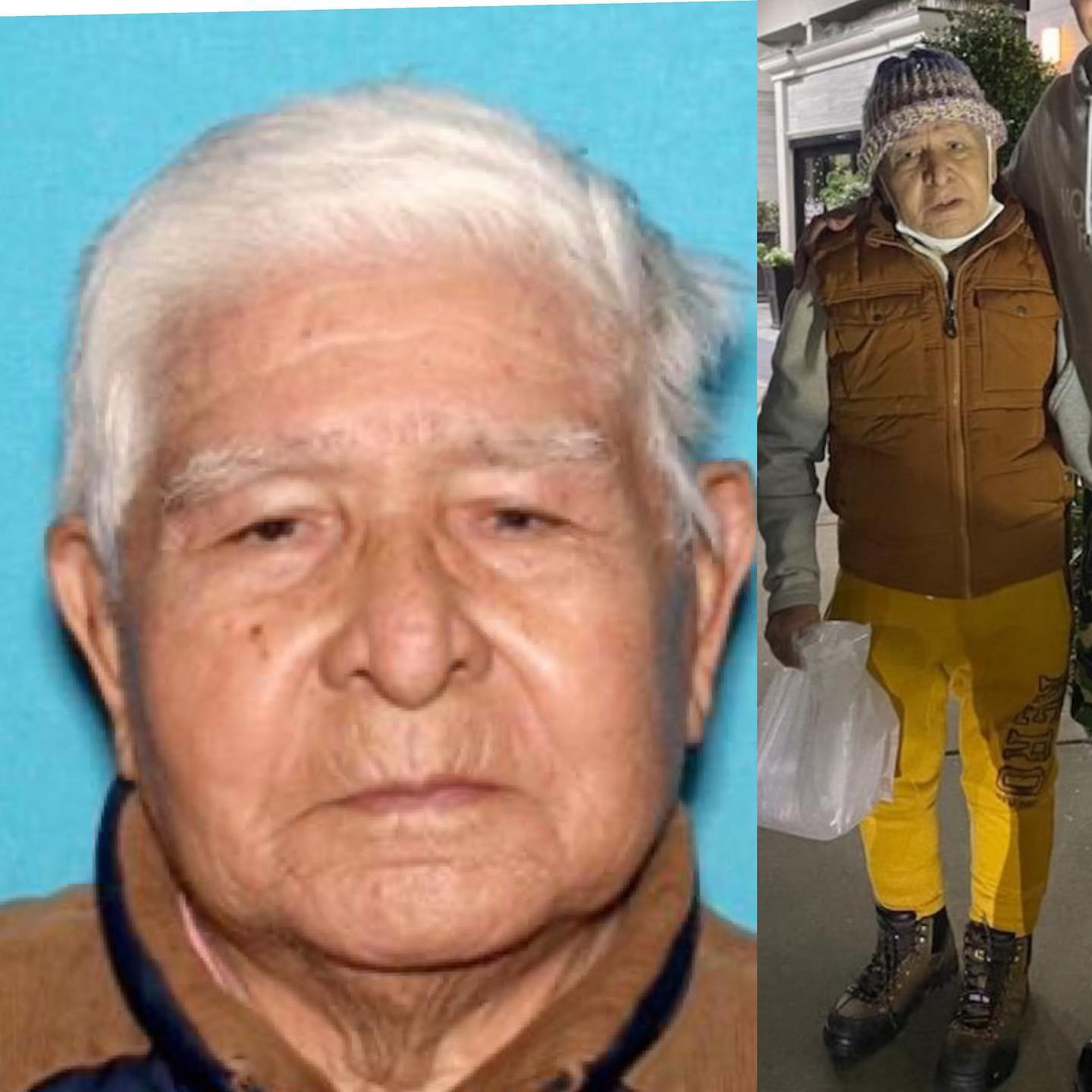 Early this morning, December 11th,  around 6:15 AM, 97 year old Antonio Rodriguez left his hotel on the 300 block of Gateway Boulevard in South San Francisco. Rodriguez suffers from early onset dementia, is hard of hearing, and struggles with disorientation.

Rodriguez was seen on camera leaving the hotel in a taxi cab. He was then dropped off at the Colma Bart Station and hasn’t been seen since. His current whereabouts are unknown. Rodriguez was last seen wearing yellow pants, an orange/brown vest, and a gray sweater.

Be on the look out for him and if you see him please contact the South San Francisco Police Department at 650-877-8900. 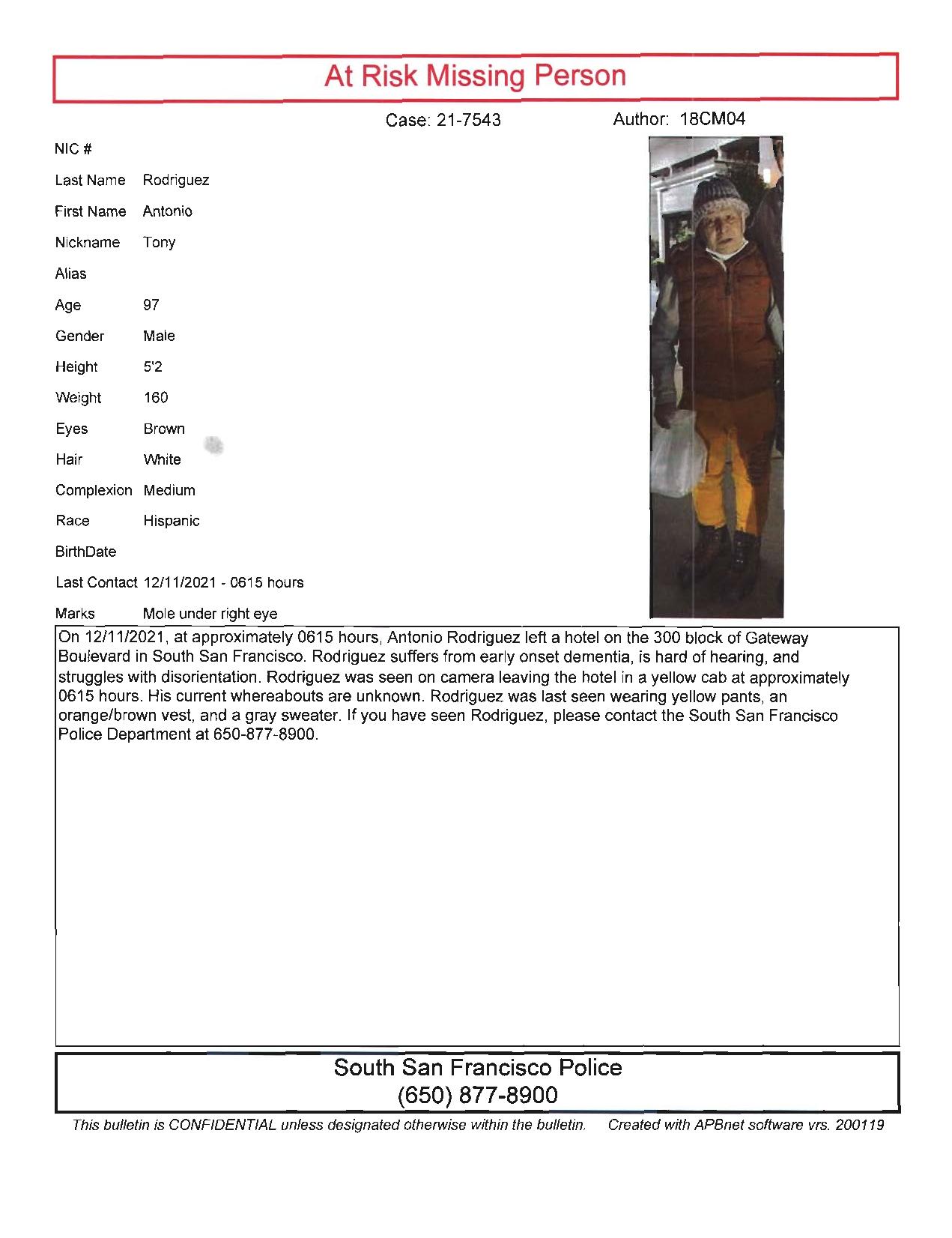