You might have heard that folks are knocking doors in South City every weekend to gather signatures for universal preschool—that’s true!
I’m one of the many local grassroots volunteers working to bring high-quality early care and education to every kid in SSF, because every child deserves a great start in life regardless of their family’s ability to pay. Considering that the average cost for full-time care in San Mateo County is $20K/year per kid, a lot of families can’t afford preschool at all—assuming they can find an open spot in the first place.
Our proposed ballot measure will (1) fund early care and education for all kids aged 2.5-5 whose parents live or work in South City, without means testing, and (2) raise wages for ECE workers to solve the shortage of experienced, qualified teachers and caregivers by (3) levying a modest parcel tax on the largest and wealthiest corporations in town. The program will be managed locally, with civilian oversight and accountability. Private providers can opt in to this public program as long as they open up seats for kids and meet the compensation targets (starting at 230% of minimum wage), meaning more good-paying jobs all around!
What questions do you have about this ballot measure and how it will impact South City? Let me know so I can connect you with the right organizers, or even one of our endorsers —City Councilmembers James Coleman and Eddie Flores both support the campaign!
Best,
Allison Chang (she/her)
former Genentech spouse
resident of San Mateo County since 2007!
P.S. FYI here’s the press release from our campaign launch in January. 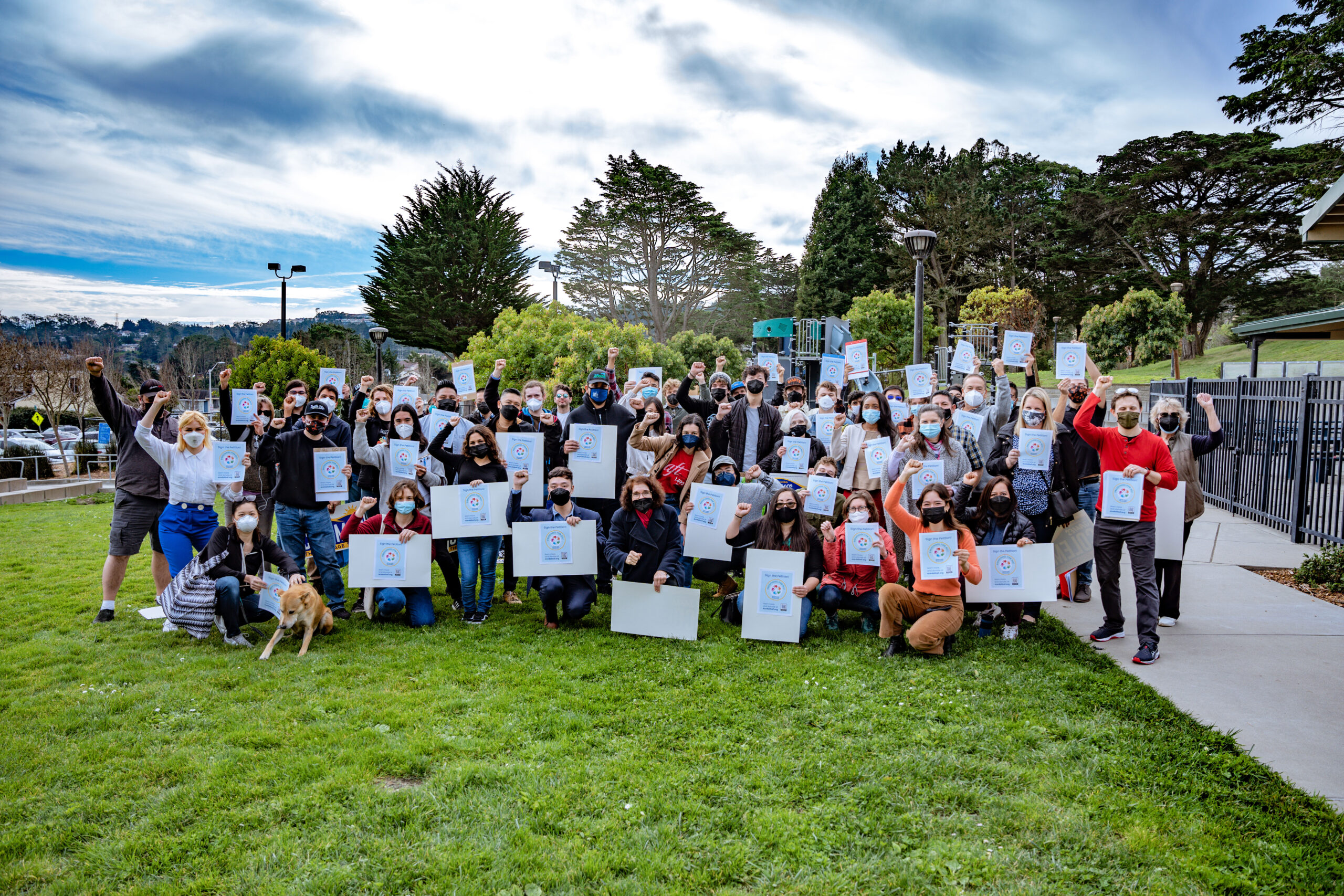 Today the grassroots campaign for South San Francisco Early Care and Education for All (ECE 4 All SSF) launched at noon at Westborough Park.

Over fifty people from this broad and diverse coalition—comprising South City parents, educators, childcare providers, residents, and advocates—showed up to this public event to demonstrate their enthusiastic support for expanding and fully funding the city’s existing and already-successful early care and education (ECE) programs, including Parks and Recreation Programs, Centers, in-home care providers, and family child care providers. Campaign organizers distributed free N95 masks and shared 200 freshly made lumpia at the kickoff.

“With wages that have stagnated for decades and the ever-rising costs of living, it is harder than ever for our working people to find affordable care for their children,” said South San Francisco Councilmember James Coleman. “I’m proud to be an early supporter of this initiative that would raise teacher wages and guarantee high-quality, universal childcare and early childhood education for all South City families.” Coleman launched his own campaign for California State Assembly (21st District) at the kickoff to emphasize his firm support for ECE 4 All SSF.

South San Francisco’s existing public preschool program for children aged 2.5 to 5 years old is so popular that it has a four-year waitlist of over 700 families. Parents and caregivers who don’t win a spot in this affordable program end up paying high costs elsewhere, averaging more than $20,000/year per child. “I placed my son on the waitlist for the subsidized program in South City three years ago, when he was one,” said Nadia C. Bick, President of the South San Francisco Mothers Club. “Unfortunately, I never heard back. Now that my son is four, he has to attend a preschool outside of town. I pay about $1000 every month for only three days a week—and that’s considered affordable. Most two-day programs in South City cost $1200 a month, and full-time is as much as $4000 a month. My husband attended Siebecker, so we’re frustrated that our son won’t have the same great experience.”

Some South City parents and caregivers can’t find a preschool or care provider with an available spot at any price point. During the COVID-19 pandemic, the childcare workforce has shrunk by 10%, in large part because experienced, qualified workers aren’t paid a living wage in the country’s most expensive metro region. “Teaching young children is a beautiful, fulfilling job,” said Jonathan Valenti, a former preschool teacher who now teaches at an elementary school. “But it is hard to justify staying in a career that makes it nearly impossible to live on the Peninsula. I’ve seen excellent teachers become frustrated and burn out, with pay being a leading cause.”

By appropriately taxing South City’s largest and wealthiest corporations, the campaign will raise sustainable, permanent funding to expand ECE capacity while also raising wages, solving the childcare shortage and affordability crisis at the same time. This universal preschool ballot initiative is “the most expansive and progressive measure for early care ever in the country,” according to Margaret Brodkin, Founder and Director of Funding the Next Generation. Should South City residents vote in favor, “[the measure] would set the highest bar in the country for progressive preschool policies.”

The ECE 4 All SSF campaign has already received endorsements* from local labor unions, elected officials, and community leaders, including

*Titles for identification purposes only.

The campaign will continue to gather the voter signatures required to place the initiative on the ballot for November 8, 2022. Community members interested in joining the coalition and/or volunteering to canvass the neighborhood are invited to attend the ECE 4 All SSF campaign’s next event at noon on Saturday, January 23 at Westborough Park. 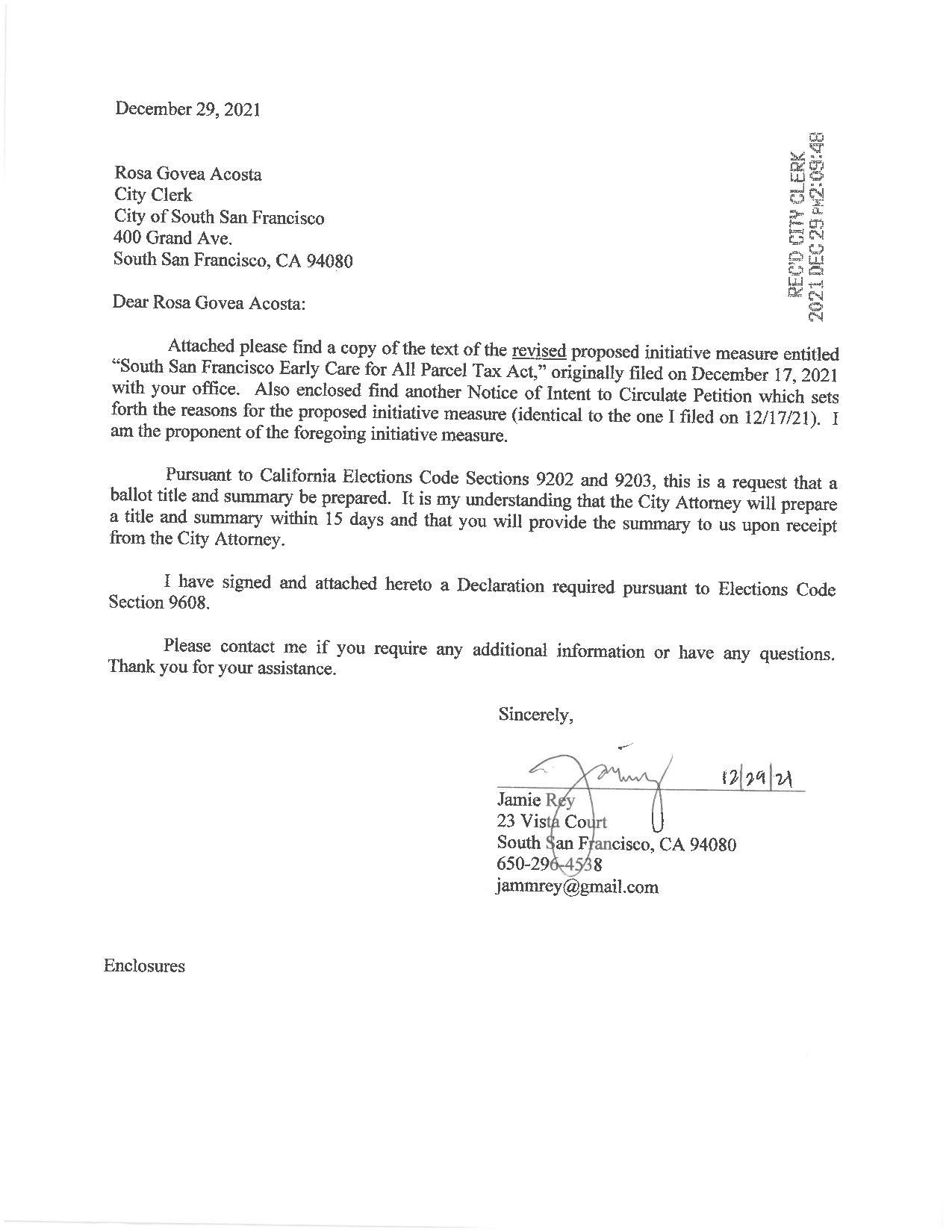 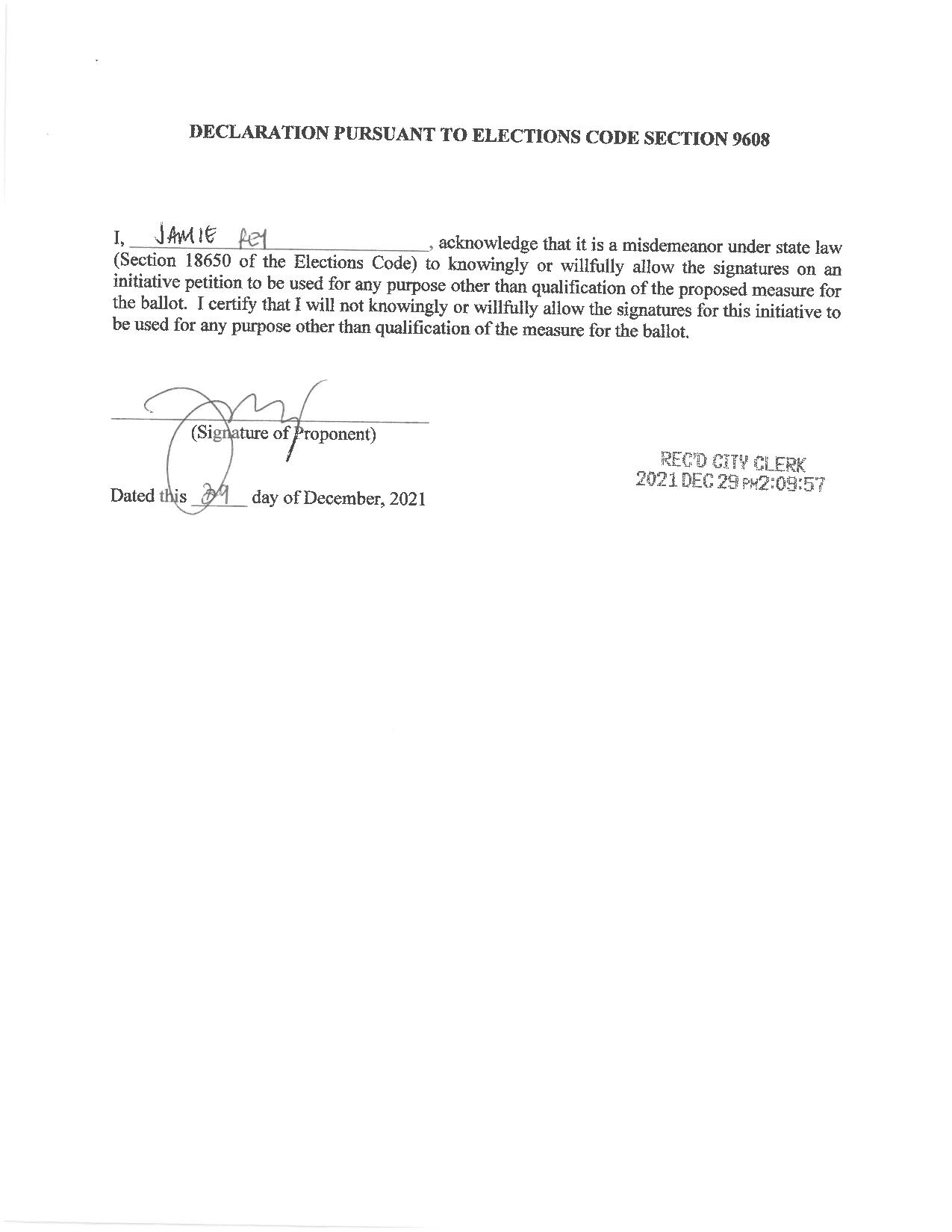 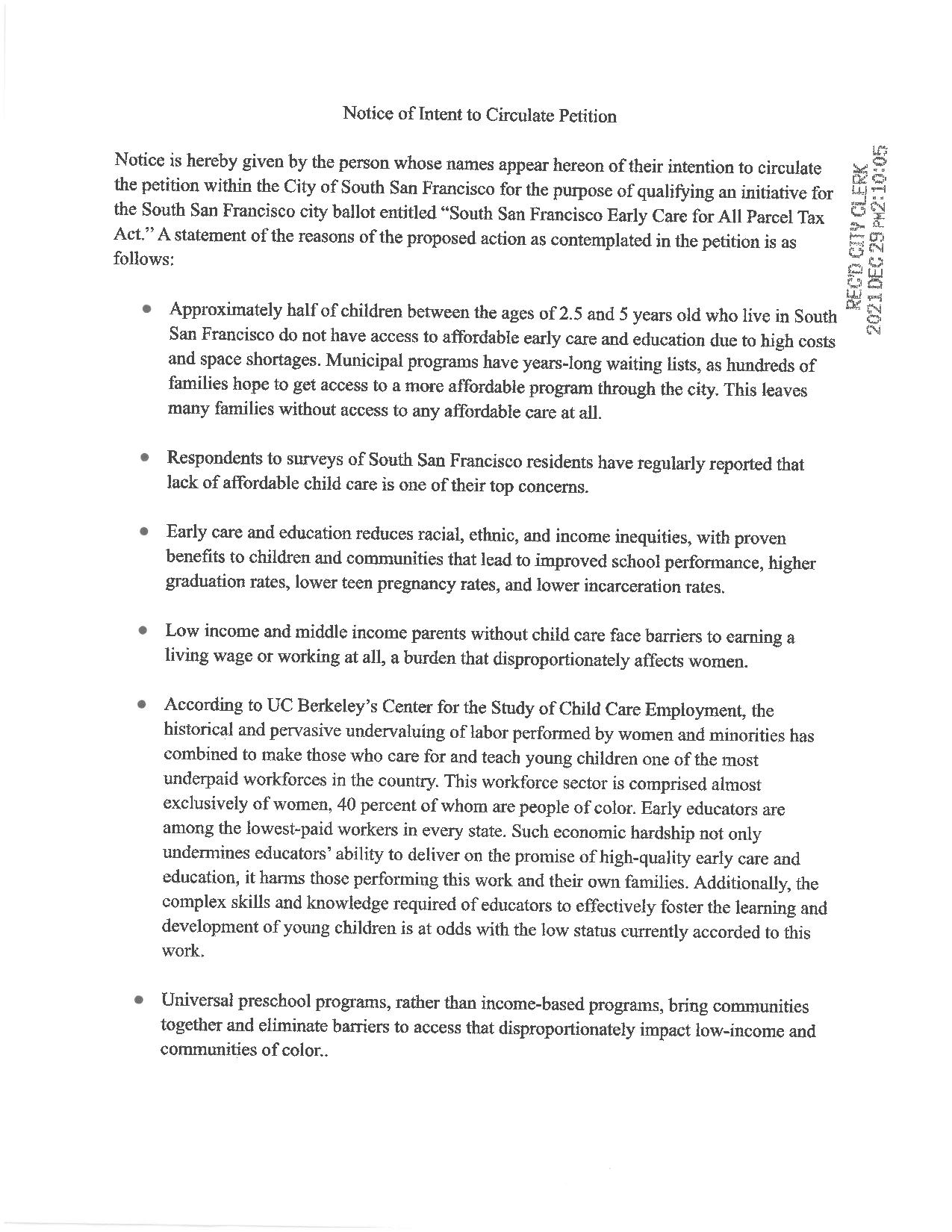 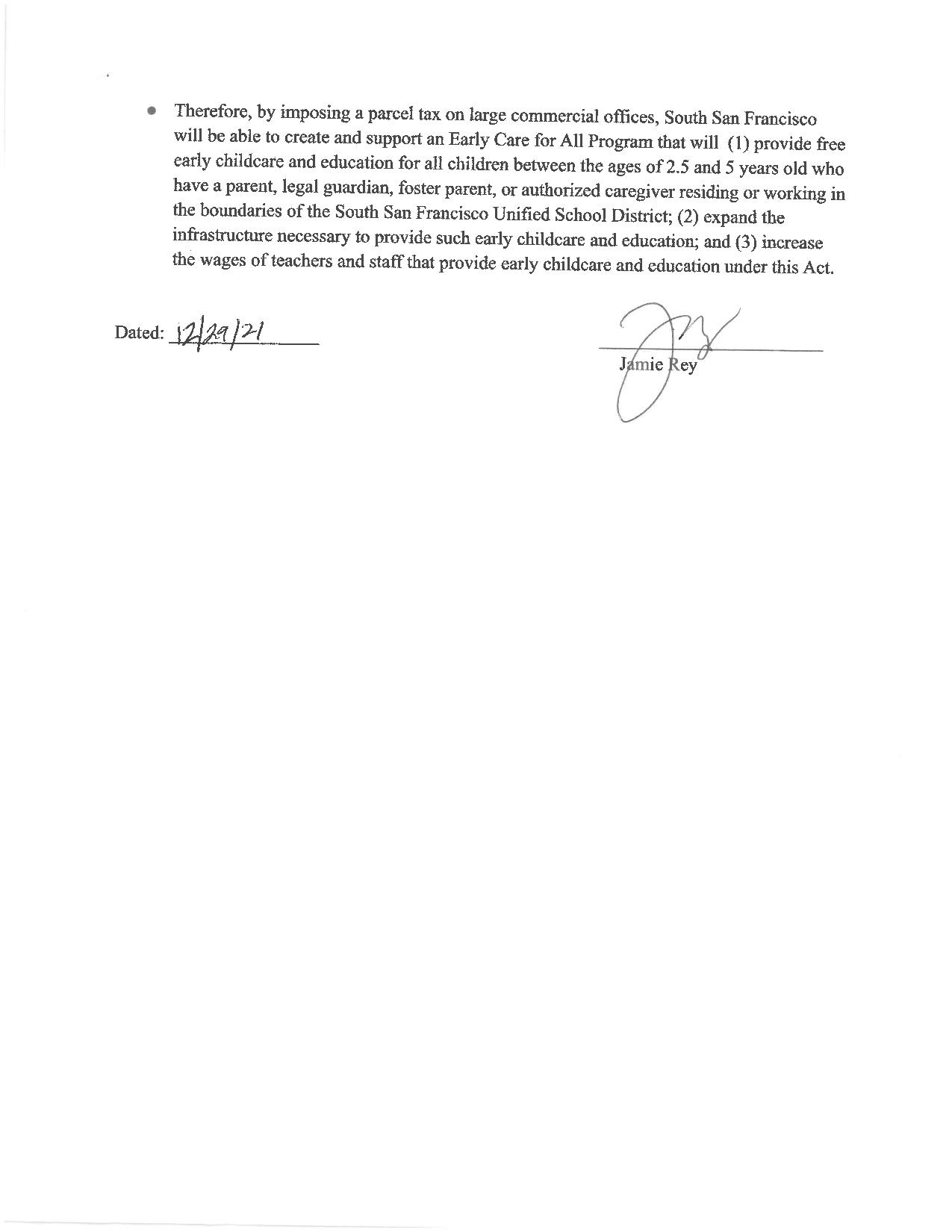 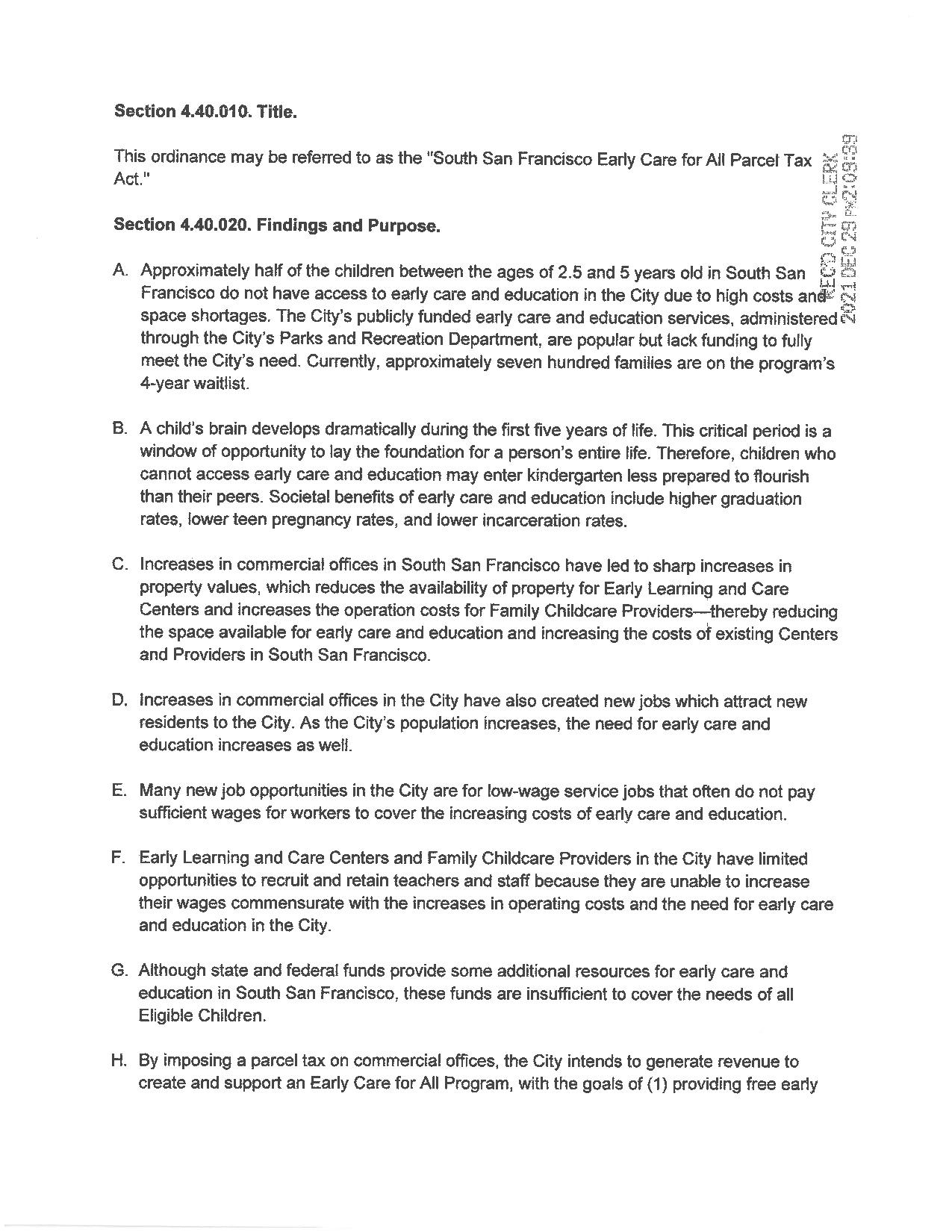 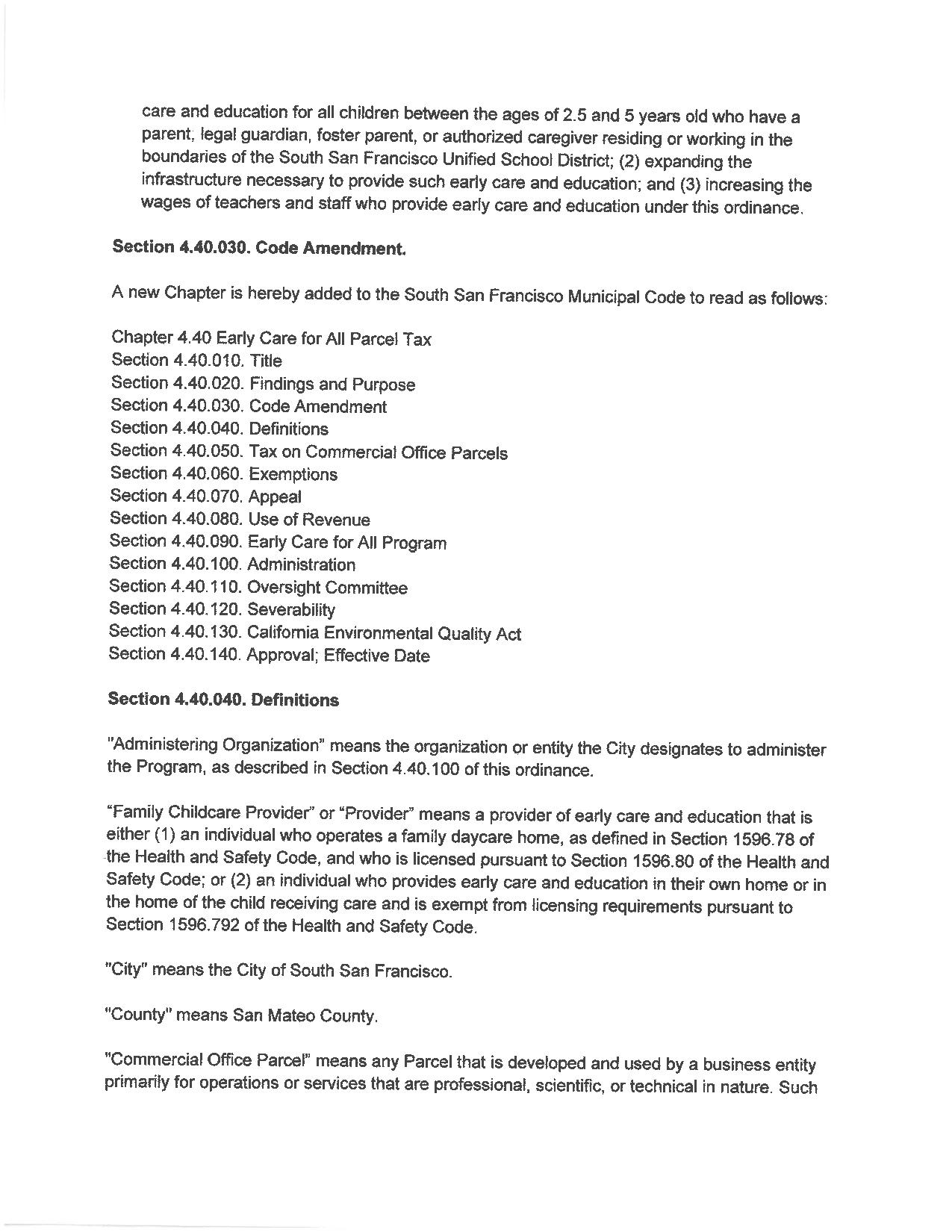 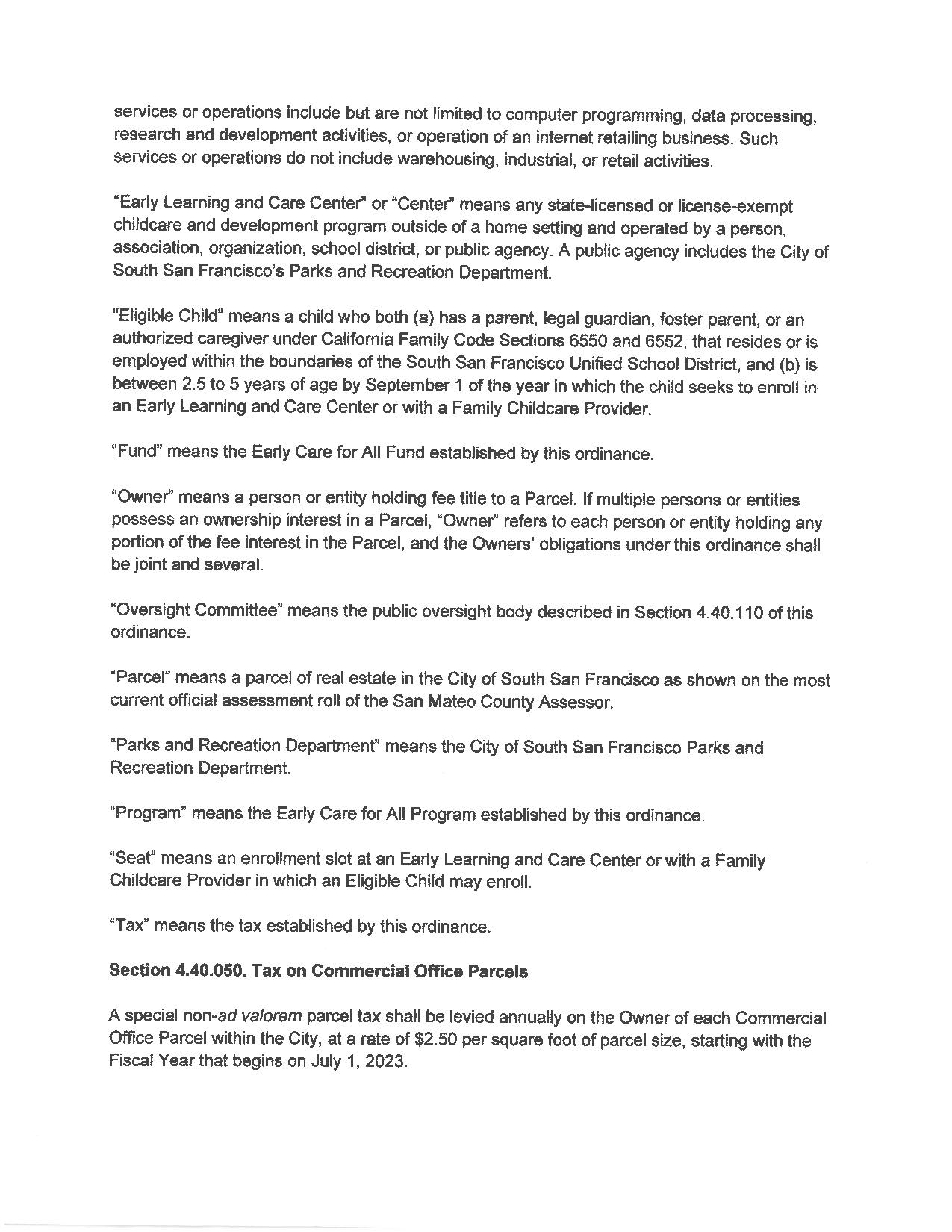 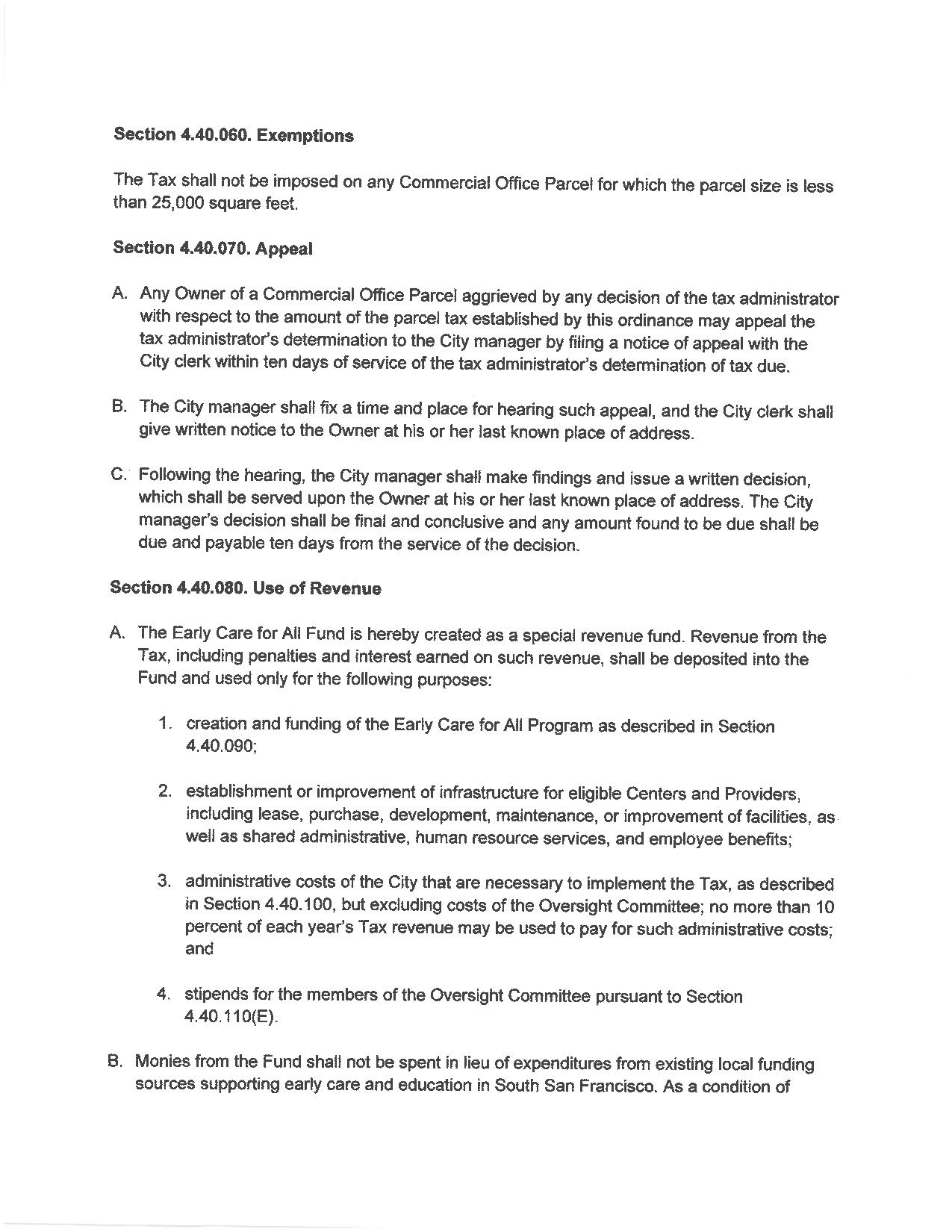 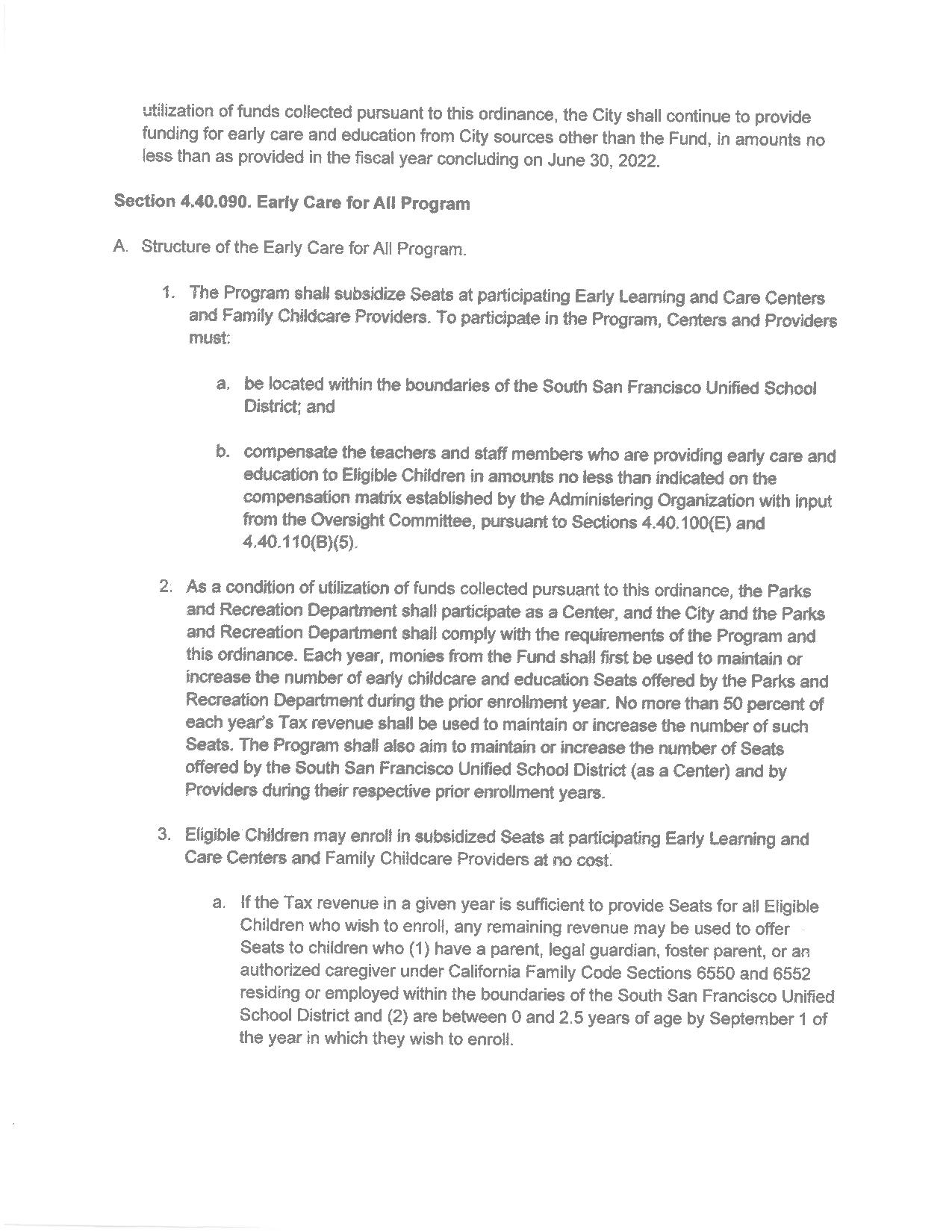 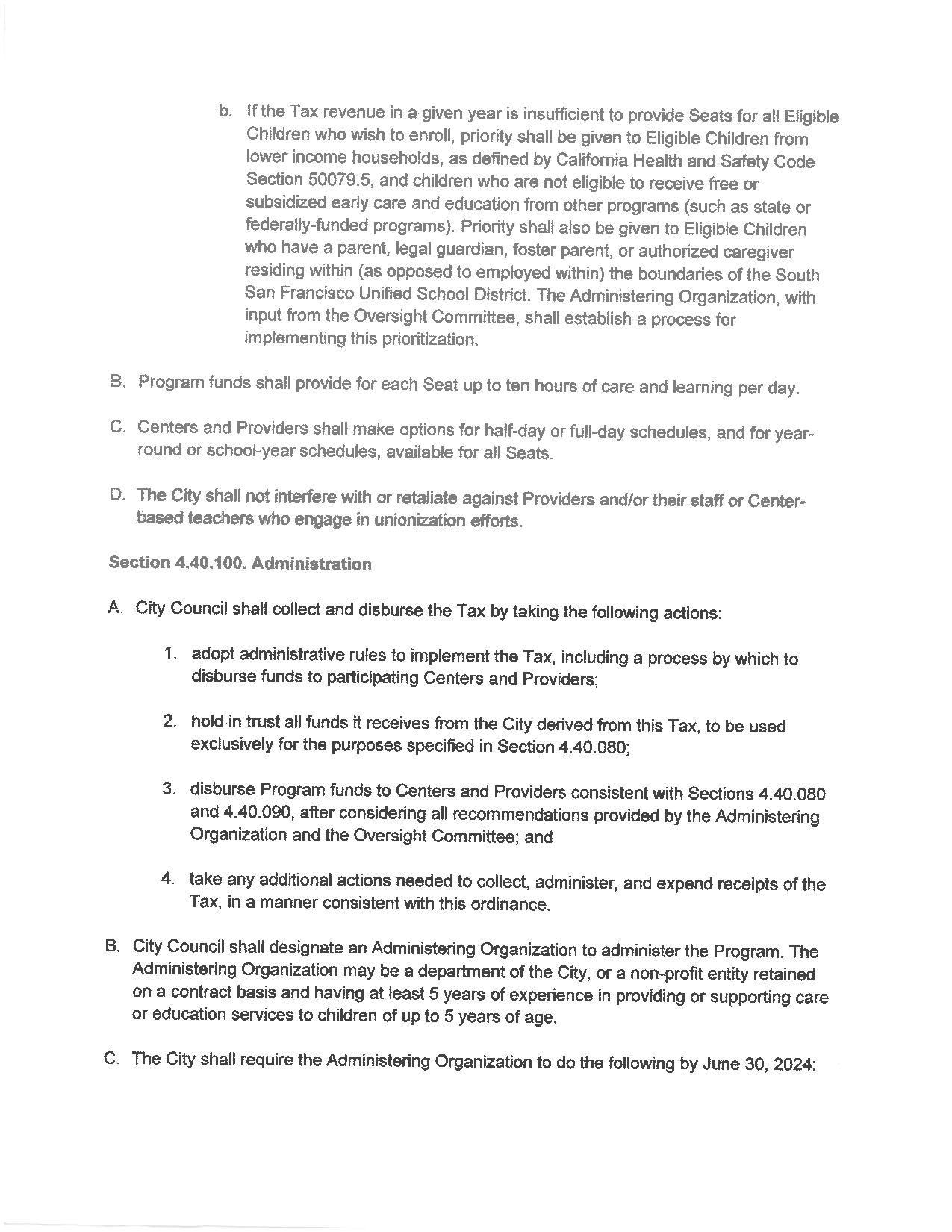 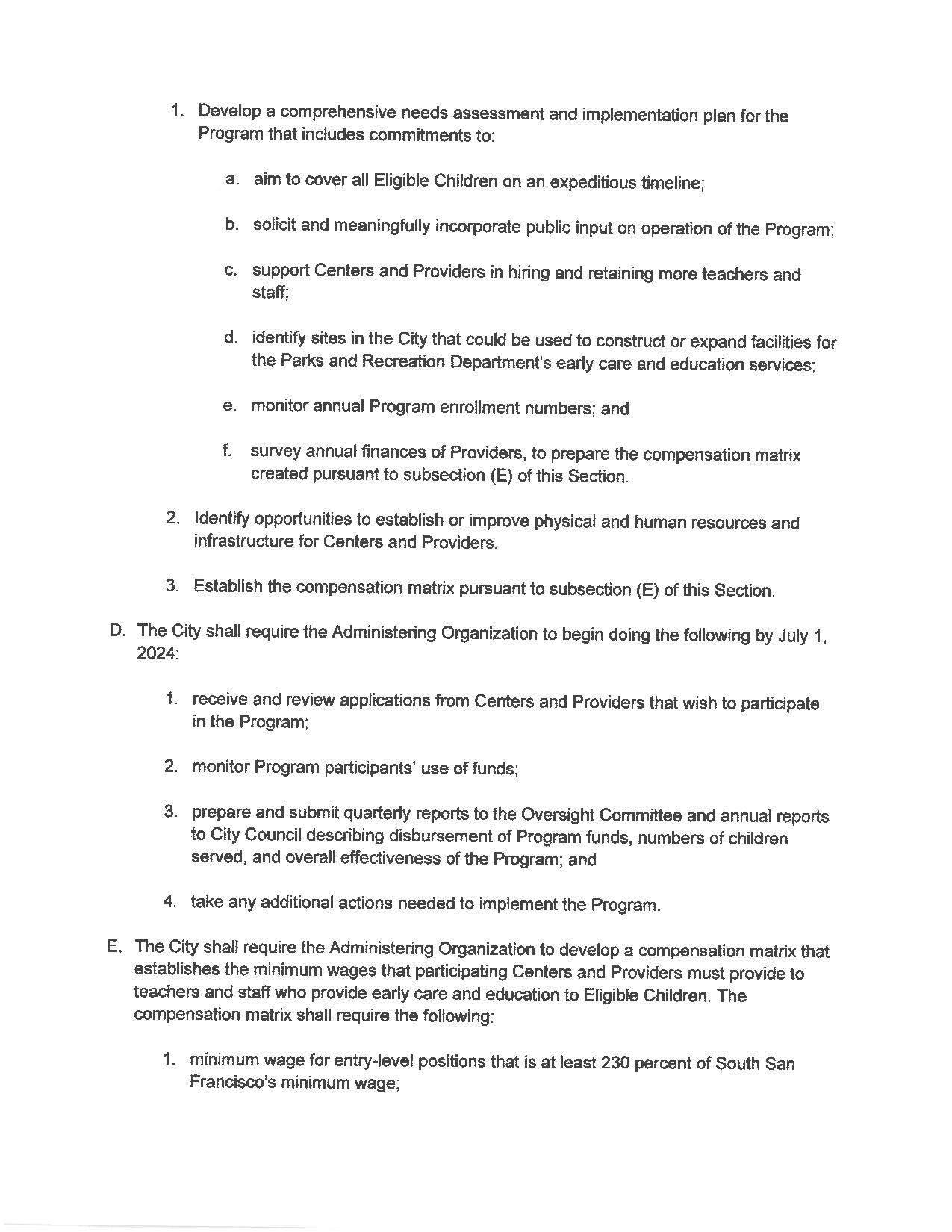 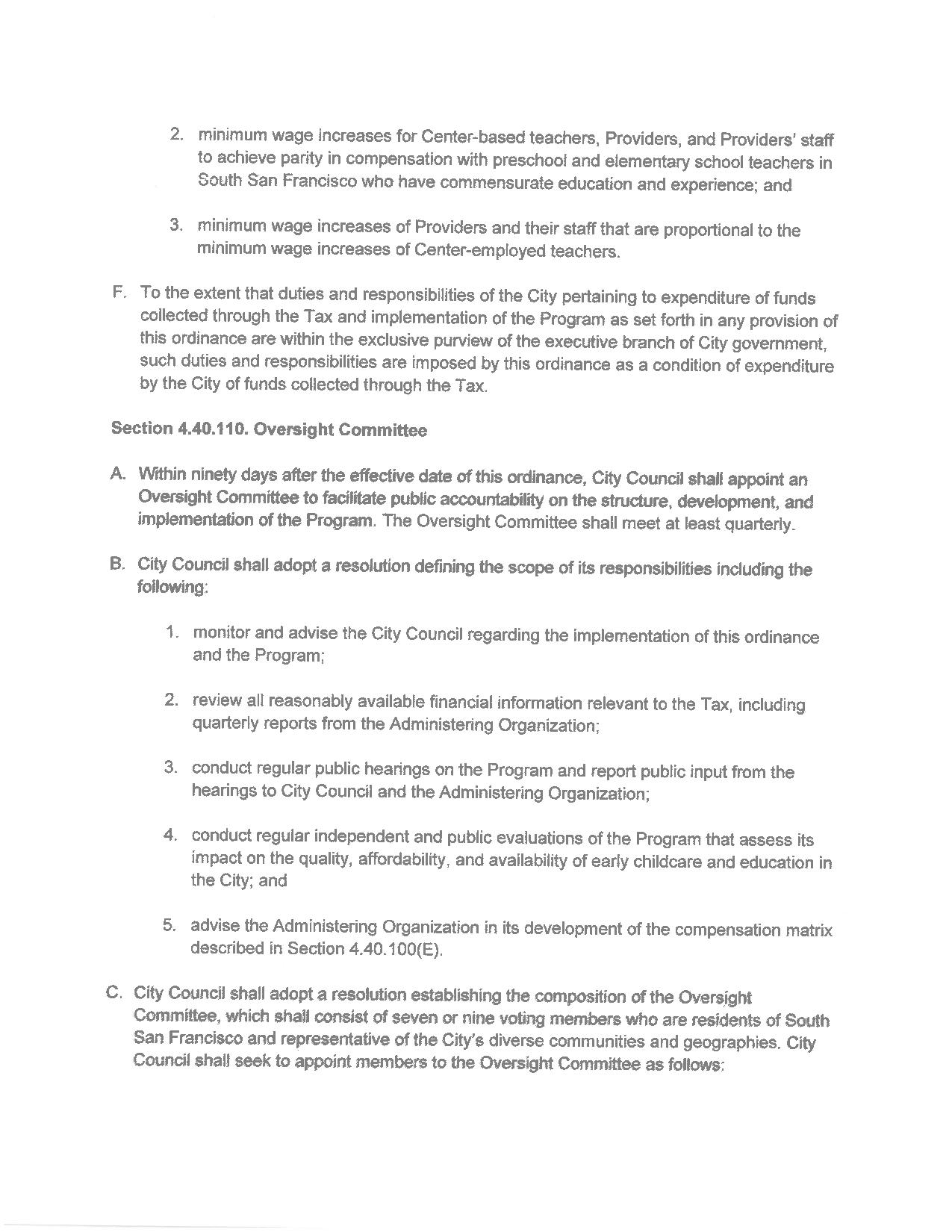 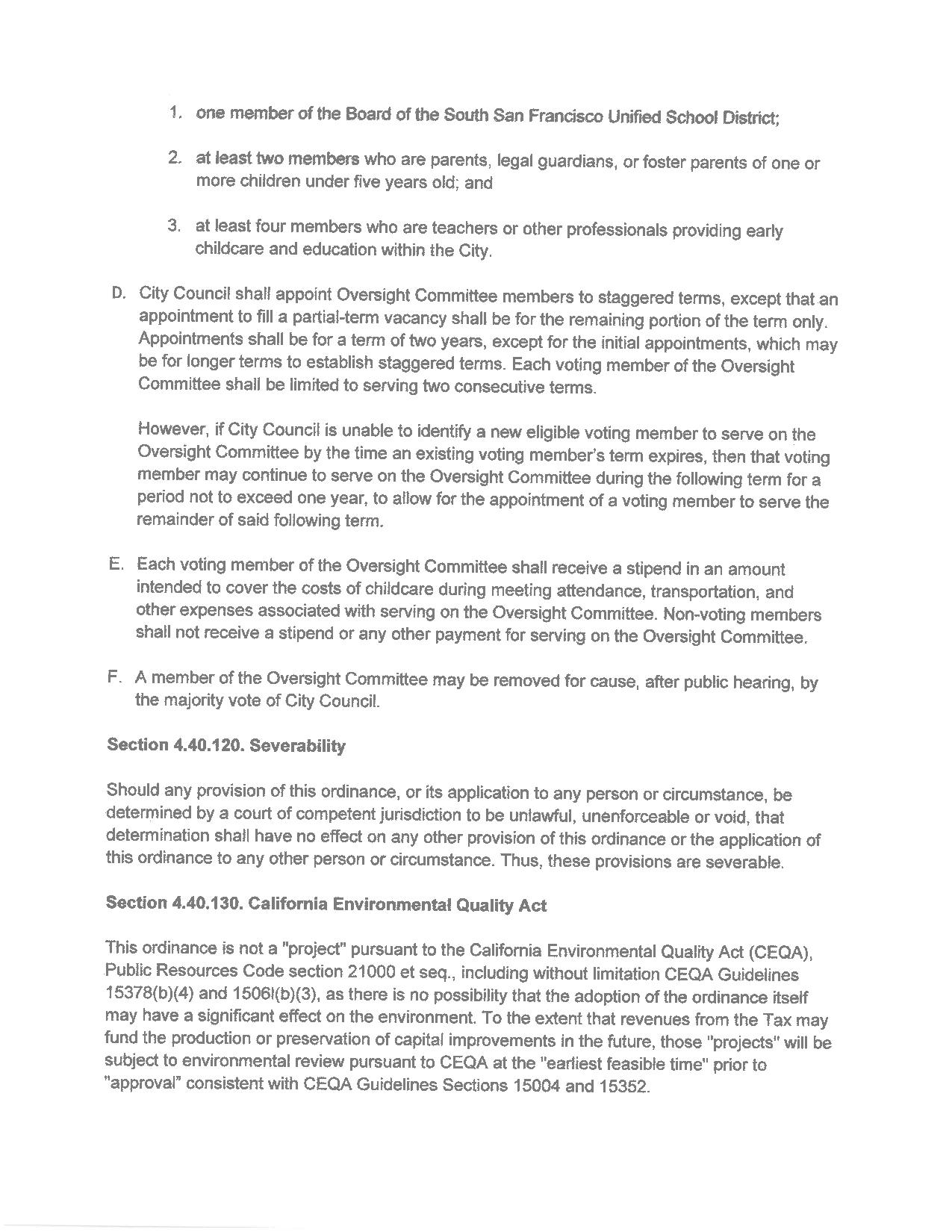 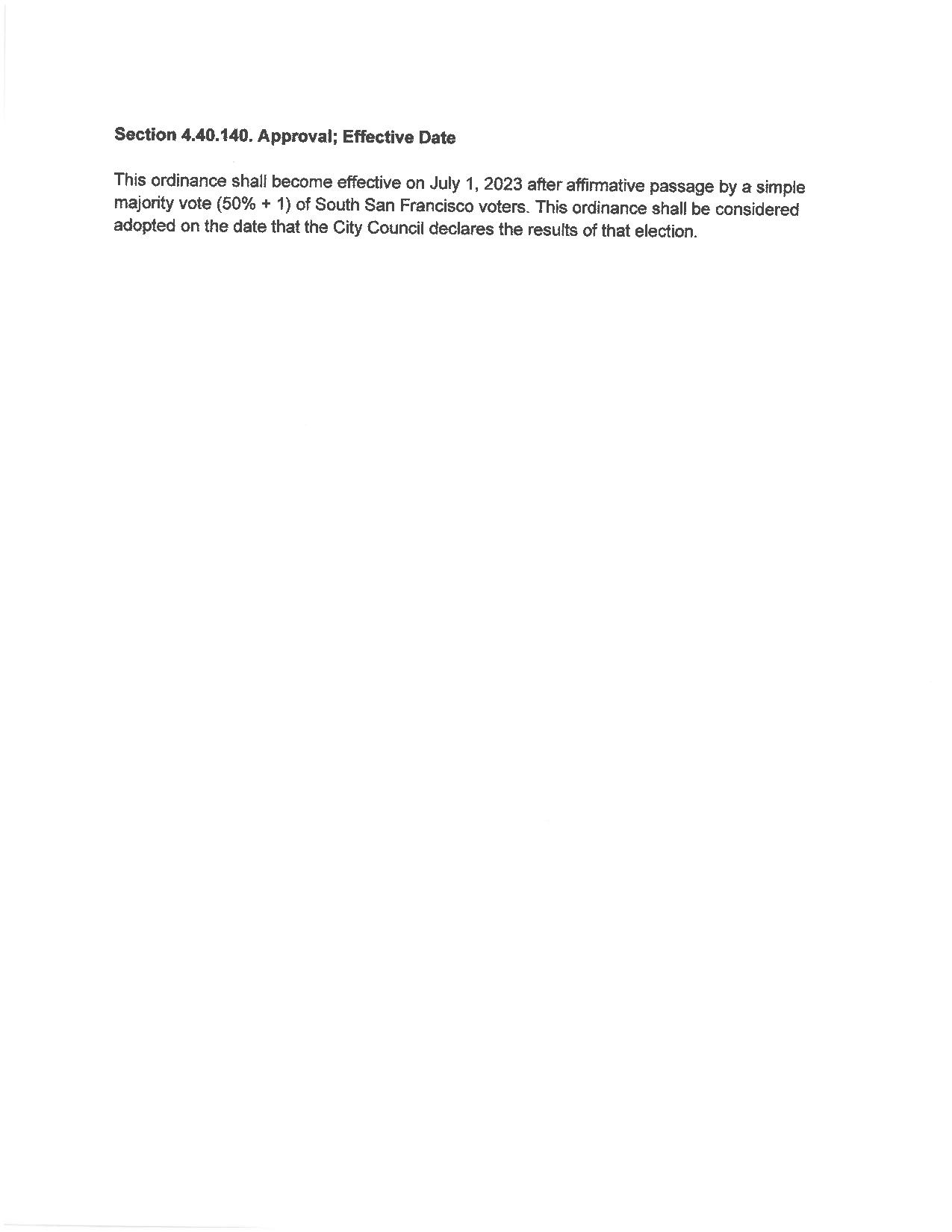