Ladies and Gentlemen;
We have been facing life-threatening climate changes for decades – it’s just more apparent in the last 10 years.  As it accelerates, it is causing us to seriously rethink our traditional CORE VALUES!
California Real Estate Law combined British Imperial Law with Spanish Conquistador Law – after seizing and fencing off the desirable fertile land from the vanquished, the wasteland is given (abandoned) to the poor.  Likewise, designated bike routes in sub-Urban SM County are left-over streets that are disconnected and deplorable as wildlife space.  Is it any wonder coyotes and mountain lions are roaming our streets?
The reason sub-Urban residents feel threatened by wildlife encroaching upon “OUR Urban Space” is because Western architecture was designed around outward expansion – DIVIDE & CONQUER, whereas Asian properties were designed around inward (personal) reflection – the courtyard, which incidentally is superior to defend against external threats.
The difference between East and West is in their philosophy – Eastern chooses to harmonize with nature, whereas Western chooses to WAR against nature!
CA Env Quality Act / Nat’l Env Policy Act (CEQA/NEPA) was an anomaly to the capitalistic system.  After Love Canal, NEPA was created as an overlay to “Band-Aid” the crisis – without transforming the underlying problems which caused it!  So NEPA was administered like an office subdivided into cubicles (this is “my” space / that is “your” space). Of course, the executives always claimed the choicest window locations first! 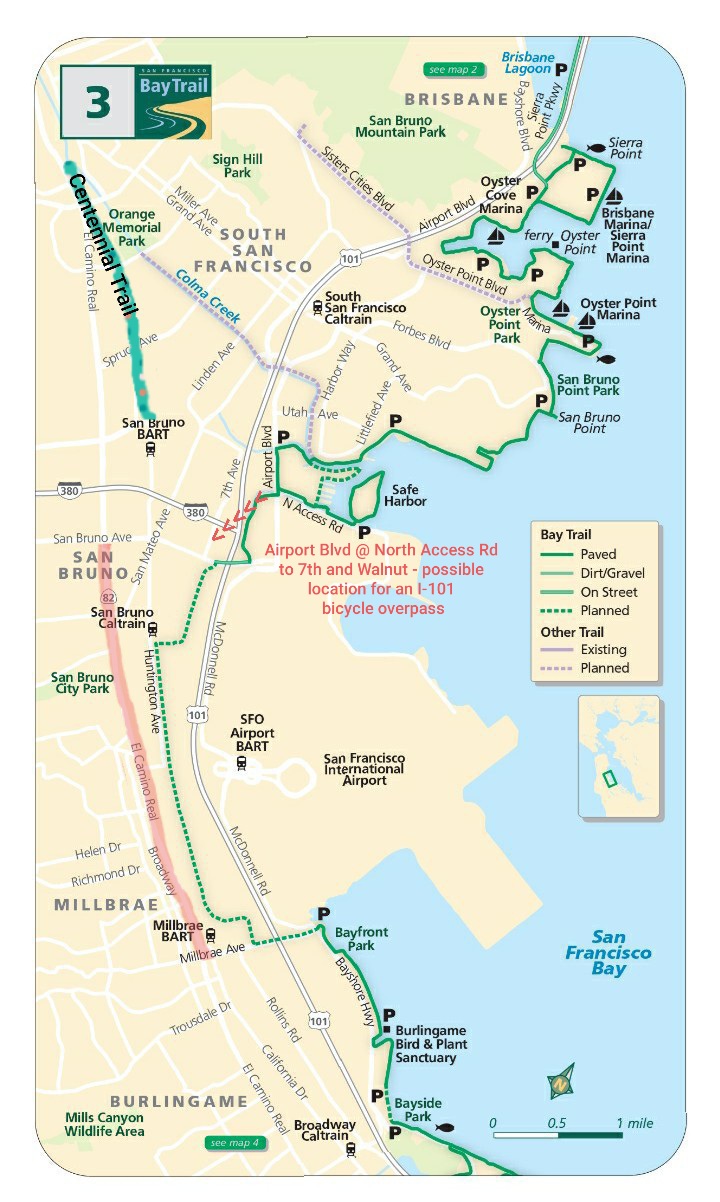 After taking inventory of wildlife, and classifying which species deserve to be classified as “endangered,” government in the last 70 years banned all human activity on the last vestiges of untouched open space!
Nina-Marie Lister, landscape architect, said “Conventional policy and planning approaches to natural disasters have long been rooted in the language of resistance and control, referencing coastal defense strategies such as fortification, armoring, and “shoring up” by using brute-force engineering responses designed to do battle with natural forces.  By contrast, emerging approaches in design and planning reference the language

of resilience and adaptive management, terms associated with elasticity and flexibility, leading to the use of hybrid engineering of constructed and ecological materials that adapt to dynamic conditions and natural forces.”

Similarly, SF PUC, which controls strategic segments of Peninsula real estate, claims CEQA/NEPA gives them the right to ban the public from accessing public property under their control.  THIS IS A REAL ESTATE WAR!  Hence the 4.5 mile Bay Trail Gap around SFO has never been connected.  However, Scott Wiener seems to view CEQA/NEPA as an unnecessary burden!  First, he viewed housing as too important to be bothered by environmental impacts.  Now he views transportation to be too important to be hampered by CEQA/NEPA? https://sfbayca.com/2022/02/10/permanent-exemption-for-environmental-review-sought-for-california-transit-projects  If social and environmental justice boils down to might = right, we need to change the rules which govern the rules – we need a more EQUITABLE system of governing.  Can a City & County Charter achieve this?
The transit corridors between Millbrae and San Bruno is shaped like an hourglass – everyone is forced onto I-101, I-280 or El Camino Real – which Ca Dept of Highways (Caltrans) designated as an auto expressway, which renders 100% of the real estate for automobiles, and 0% for bicyclists or pedestrians.  When bikers or walkers feel unsafe, their only option is to BUY a car – which exacerbates the problem!
After listening to a climate change biologist explain our dire situation in 2015, I co-founded Colinas Costeras in 2018 – a NWF community wildlife habitat, because I believe restoring native habitat on the 99% (open natural space seized for urban space) will have a greater impact than banning people from the remaining 1%.
Where are we today?  SSF and San Bruno are poised to build a massive biotech center at Tanforan and South Maple – back-to-back.  City Hall does not control private property – it controls only the city’s streets!  If we allow yesterday’s Caltrans to dictate policy using Level Of Service (LOS) to determine road width, the 11 lane ECR at Tanforan today will be 24 lanes wide tomorrow.
But unlike SF PUC, which is stuck in mental compartmentalism, today’s Caltrans demonstrated a willingness to change.  In fact, Caltrans already gave power to the locals to determine their own destiny… but it is such a revolutionary 180° change that local politicians have not fully accepted this yet!  So they continue “cutting and pasting” decades-old policies into new updated policies, and perpetuating business-as-usual!
Employees must go to work to survive, and they have little say over how they go to work. If the physical infrastructure offers just one viable option, their fate is sealed! 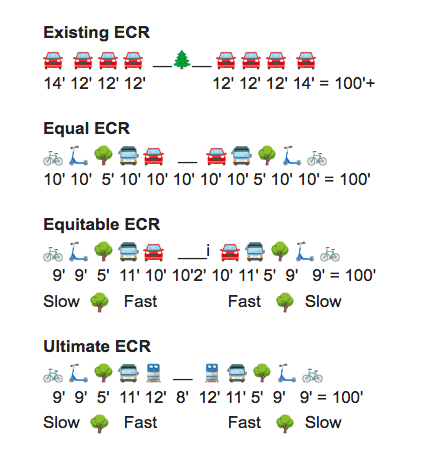 Note [i = 2′ turn lane crash barrier.  Compared to Existing ECR, Equitable ECR does not remove traffic lanes – it merely creates a safety buffer between 2 fast lanes and 2 slow lanes, and prioritizes the slow lanes for bicycles and micro-mobility devices.  It does not “ban” if unnecessary – it controls speed limit largely with lane width (an 8′ wide car can not speed on a 9′ lane).  Bollards can be erected if denial is necessary, in contrast to deliberately mis-aligning streets.]
The STROAD* that is El Camino Real defines our cities!  But change is inevitable, whether we like it or not.  If you wish to continue fighting nature, just know that you’ll just bankrupt us trying – because MOTHER NATURE ALWAYS WINS!!!  So please stop wasting millions of dollars maintaining the dysfunctional status quo, and invest in a more sustainable future instead!
* Ref: What is a STROAD?
https://youtu.be/ORzNZUeUHAM (18 mins)
Jeffrey Tong, co-founder
www.ColinasCosteras.com
Community Wildlife Habitat