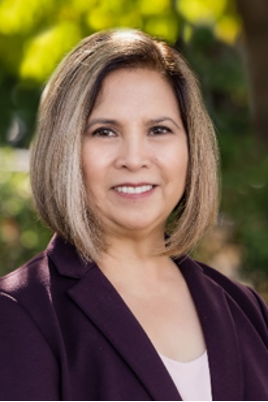 specific achievements women have made over the course of American history in a variety of fields.

This year’s Women’s History theme, “Providing Healing, Promoting Hope,” is so appropriate as it is both a tribute to the ceaseless work of caregivers and frontline workers during this ongoing pandemic, and also a recognition of the thousands of ways that women of all cultures have provided both healing and hope throughout history.

This month also provides us a chance to reflect on women’s struggles to get the same rights, respect, and pay as men do, and we aim to recognize women’s issues more prominently so that our daughters and granddaughters, and their future daughters can live in a world where their aspirations and dreams become a reality.

Please be sure to recognize and thank the strong women in your life, not only this month, but always. I hope you enjoy this special edition of the newsletter, which includes stories from several inspiring women in our City and some South San Francisco history!

There are many, but Vice Mayor Nicolas was mentored by Alice Bulos, a beloved Filipino American professor, civil rights leader, and resident of South San Francisco. Vice Mayor Nicolas admired the way Bulos advocated for Filipino rights and integrity and witnessed what it meant to be a woman leader. She also considers the former South San Francisco Mayor Karyl Matsumoto a mentor and a close ally. Paying forward, Vice Mayor Nicolas has mentored a great number of young women in the biotechnology field and beyond. Her mentees’ success gives Flor great pleasure knowing she contributed to ensuring there is a growing number of women leaders in the world.

Throughout our history, we have witnessed that women are change makers. Flor said that she is extremely grateful to these pioneers who paved the way for her to be where she is and acknowledge these women’s sacrifices and resilience. Now that she is a grandmother of two granddaughters and a grandson, she said that she believes that one of her missions is to carry on and ensure that our daughters and granddaughters have the same opportunities as our sons and grandsons. As we celebrate Women’s History Month, she recommits herself to equity and inclusion to support and advocate for everyone, especially women of color, who are pursuing the American Dream. 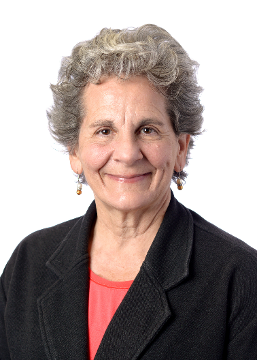 Sharon Ranals, Assistant City Manager, joined the Parks and Recreation Department in 1980, was promoted through a number of positions over the years, becoming Director in 2004, and currently serves as Assistant City Manager. Her many accomplishments include writing grants to help fund the Centennial Way Trail and the Joseph A. Fernekes Building in Orange Memorial Park and more recently developing the Civic Campus project that is under construction. She has also worked on the City’s childcare program, which is larger and more affordable than many other cities; senior programs, including adult day care and transportation; and the Parks and Recreation stewardship of open space, park sustainability, and facilities. However, Sharon speaks humbly of her achievements, emphasizing the teamwork that has gone into every project and highlighting the talented staff and team as her #1 professional accomplishment.

Personally, she is most proud of raising three great kids who are now adults. Sharon also speaks with gratitude for the “can-do” attitude and spirit of volunteerism in the South San Francisco community. To celebrate Women’s History Month, Sharon reflects that there has been so much effort and sacrifice by previous women to get us where we are today, noting that there was a time when her grandmother could not vote. While Sharon acknowledges that we still have a long way to go, she takes a moment to acknowledge and appreciate women of the past who have fought for women’s rights and equality in society. 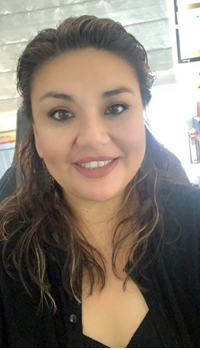 Rosa Govea Acosta, City Clerk, knows South San Francisco. She grew up in Old Town, attended Spruce Elementary, Parkway Middle School, and South San Francisco High School, and has lived here for the majority of her life. She began her career with the City of South San Francisco in 2001 in Public Works as an Office Specialist, then she was later promoted to Administrative Assistant II, and finally transferred to the City Manager’s Office and became a Management Analyst and served as the Community Liaison. However, Rosa’s initial foray into elected office started when she turned to the school board for assistance when her oldest son got caught up in his drug addiction and after working with then Police Chief for guidance and support. When she turned to the school board though, a former school board member questioned her parenting and failed to provide resources. She reflects on this experience as a turning point and soon began paying more attention in local government, ultimately running for the school board, and was elected in 2014 and became the first Latina on the board. As a school board member, she underscored the need for inclusivity, as she advocated for the inclusion of Baden High Continuation students for all district activities including the Youth Government Day and advocating for Alternative to Suspension programs. Yet despite her achievements—being the first in her family to obtain a bachelor’s degree and breaking barriers—Rosa questioned herself. “I wanted to resign,” she shares, “but South San Francisco City Council former Mayor Karyl Matsumoto told me, “You’re not a quitter; you can’t quit, you represent so many other families with experiences like yours.” With this, Rosa’s mission turned into addressing the school-to-prison pipeline and advocating and supporting families with loved ones in prison.

After a brief period as Pinole’s City Clerk, she returned to South San Francisco to serve as our City Clerk when she was elected in 2018, becoming the first Latina to hold this position as well. Rosa shares that “When I was elected, after the swearing in ceremony at the MSB, there was a little girl in the audience who approached me and told me that when she grew up, she wanted to be like me. I thanked her and told her that I wish she became better than me.’” That’s when Rosa recognized she made an impact. Rosa’s story is full of resilience and reminds us of why representation, that having people who look like us or share our experiences, is so important. 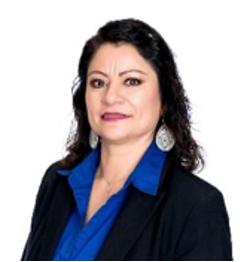 Edith Arias is an immigrant from México and has been a resident of South San Francisco since 2003. She is a proud mother of three children, a doctorate candidate at USF, and the founder and facilitator of “Familias Tomando Acción,” a soon-to-be non-profit in South San Francisco, where families are supported in Spanish to understand the educational system. The intention of this organization is to help students and their families find pathways to college and other careers. Edith is also the co-founder of “Familias Fuertes,” a Spanish speaking support group for families in South San Francisco who have children with special needs.

Edith’s love and passion for the community stems from role model Dolores Huerta, an individual who selflessly gave herself to the community to advocate for farmworker rights and elevate their voices. Edith says that Huerta taught her that, “A strong leader is not a person in a position of power, but rather they are individuals who help others and communities who are truly marginalized and provide support by meeting them where they’re at.” To Edith, Women’s History Month is about honoring all the women who came before us and empowering the future generation to believe in themselves. Edith explains that women in leadership roles allows other women to see what is possible, “We need someone to believe in us and can show us what is possible…then you believe in yourself and once you do that, you move forward. There is no going back.” 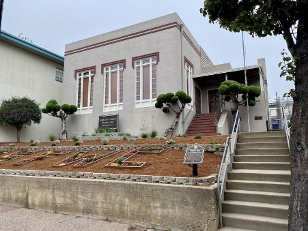 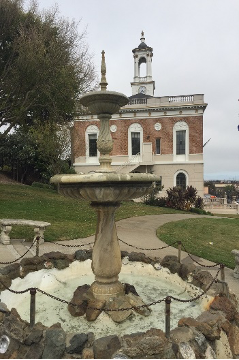 Carrie Winterhalter moved to South San Francisco around 1906 and was an active community member. She was a member of the Women’s Club, worked as an election’s inspector for the 1913 sewer bond election, and was appointed to the first parks committee. She circulated a petition proposing a municipal auditorium, indoor playground, and indoor swimming pool, which received 300 signatures, along with a petition for two-light electroliers along Grand Avenue, which were installed in 1931. Carrie proposed dedicating the City Hall Christmas tree to the town children and organized the first Easter Egg Hunt in the city. She described herself as someone who “always had a pencil in my coiffure, an umbrella in my hand, and one of my pet dogs following in my footsteps.” In the early 1980s, a playground at Sellick Park was named after her, becoming the “Carrie Winterhalter Playground.” The South San Francisco Women’s Club continues to make donations to the City’s Easter Egg Hunt in memory of her, along with another member, Edna Harks.

Alice “Mimi” Eikerenkotter married Julius Eikerenkotter in 1889 and first settled in Searsville. However, after hearing about the ongoing development of South San Francisco, the Eikerenkotters decided to relocate to South City. Here, Julius had the good fortune to open the town’s first general merchandising business in the Merriam Block building at Grand Avenue and San Bruno Road. His business grew quickly and by 1895 he moved to a larger building farther west on Grand Avenue between Cypress and Linden, it included a storehouse and a stable. By 1902, their Victorian home was completed at 319 Spruce Avenue—perhaps you’ve seen it! Eikerenkotter was also mother to three daughters, Lena, Emma and Beatrice, who all attended local schools. She and her husband would also take in borders, which helped the town’s ever-growing workforce, and provided these poor men with a place to eat. Later in 1905, Eikerenkotter was elected as vice president for the Women’s Improvement Club. At the club, she engaged in beautifying the city by planting flowers, trimming trees, and providing trash bins along Grand Ave. Feeling that their mission was accomplished, the club disbanded until 1914, when it was reorganized as the SSF Women’s Club. Finally, Eikerenkotter also became a grandmother—in fact, it was one of her grandsons who nicknamed her “Mimi”— had lived in her Spruce residence for over 30 years.

In closing, I hope this year’s theme, “Providing Healing, Promoting Hope,” inspires all of you as it does me, as it proudly honors those who, in both public and private life, provide healing and promote hope for the betterment of all.