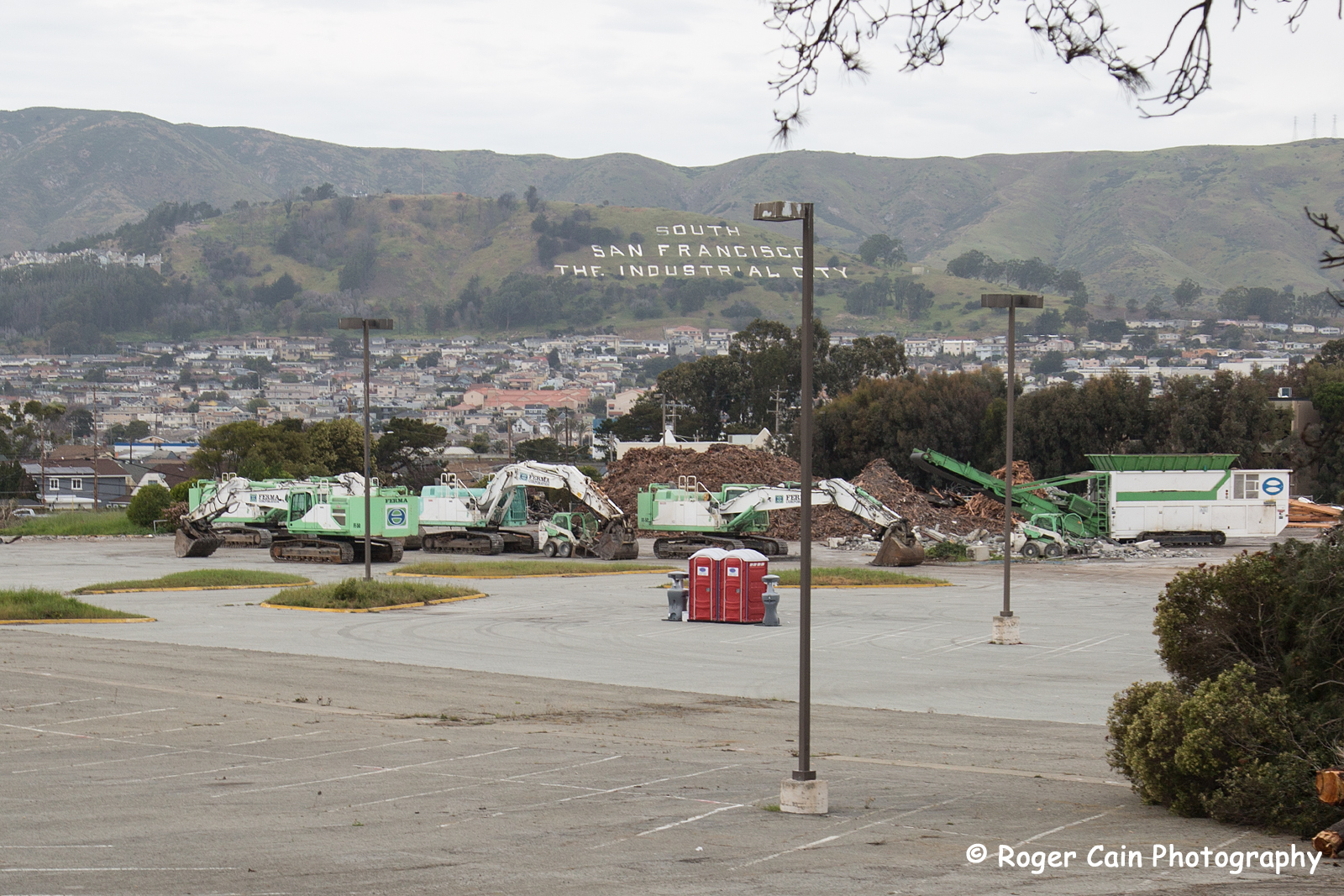 Who remembers the old White Front from yesteryear – Built in 1965!

While it’s been a long time in the making, the Safeway Shopping Center on Spruce Avenue and El Camino Real in South San Francisco has finally been demolished after standing vacant for ten years. In 2014, after 7 years of planning, a new development, Centennial Village, was approved by the City Council to be built on this 14.5-acre site. The original shopping center had been built in 1965 and housed White Front, Treasury, Bentwood Markets, Safeway, Ballys, Service Merchandise, Longs, CVS, and other landmarks through the years. 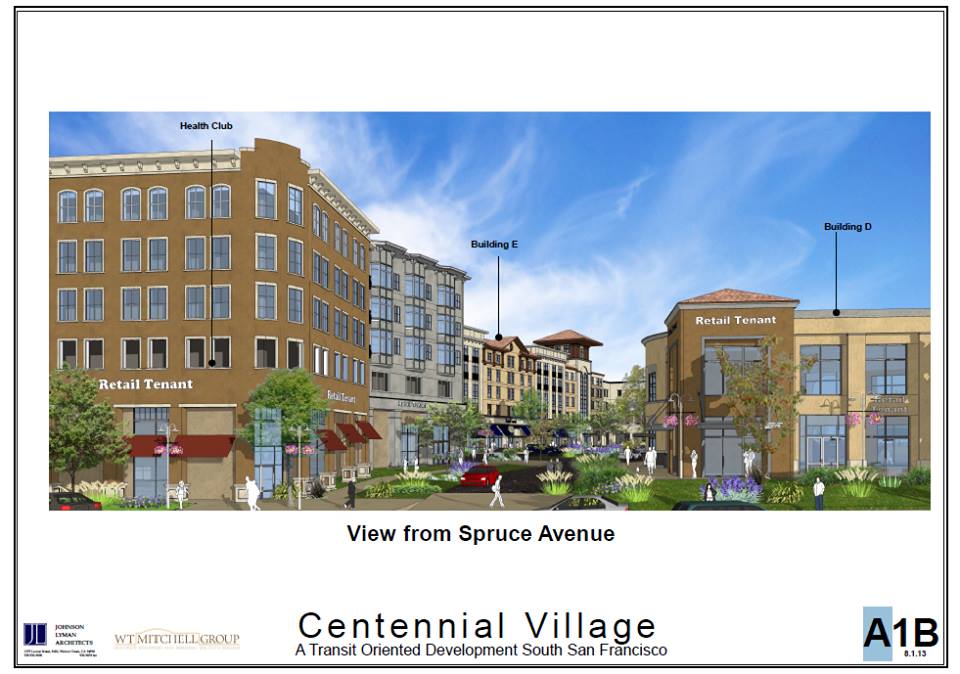 Past renderings of the proposed Centennial Village –

Neighbors have complained for years about the blighted area and lamented the loss of the local Safeway store, yet realized Spruce Avenue, one of two main arteries connecting the east and west side of El Camino, would be heavily impacted with construction at the same time Chestnut Blvd was seeing traffic issues with the building of the new Police Station.  Plans for the Centennial Village did not materialize, to the frustration of many. With a change in property ownership, a new plan was approved last December which brought about a lively discussion from our followers HERE. 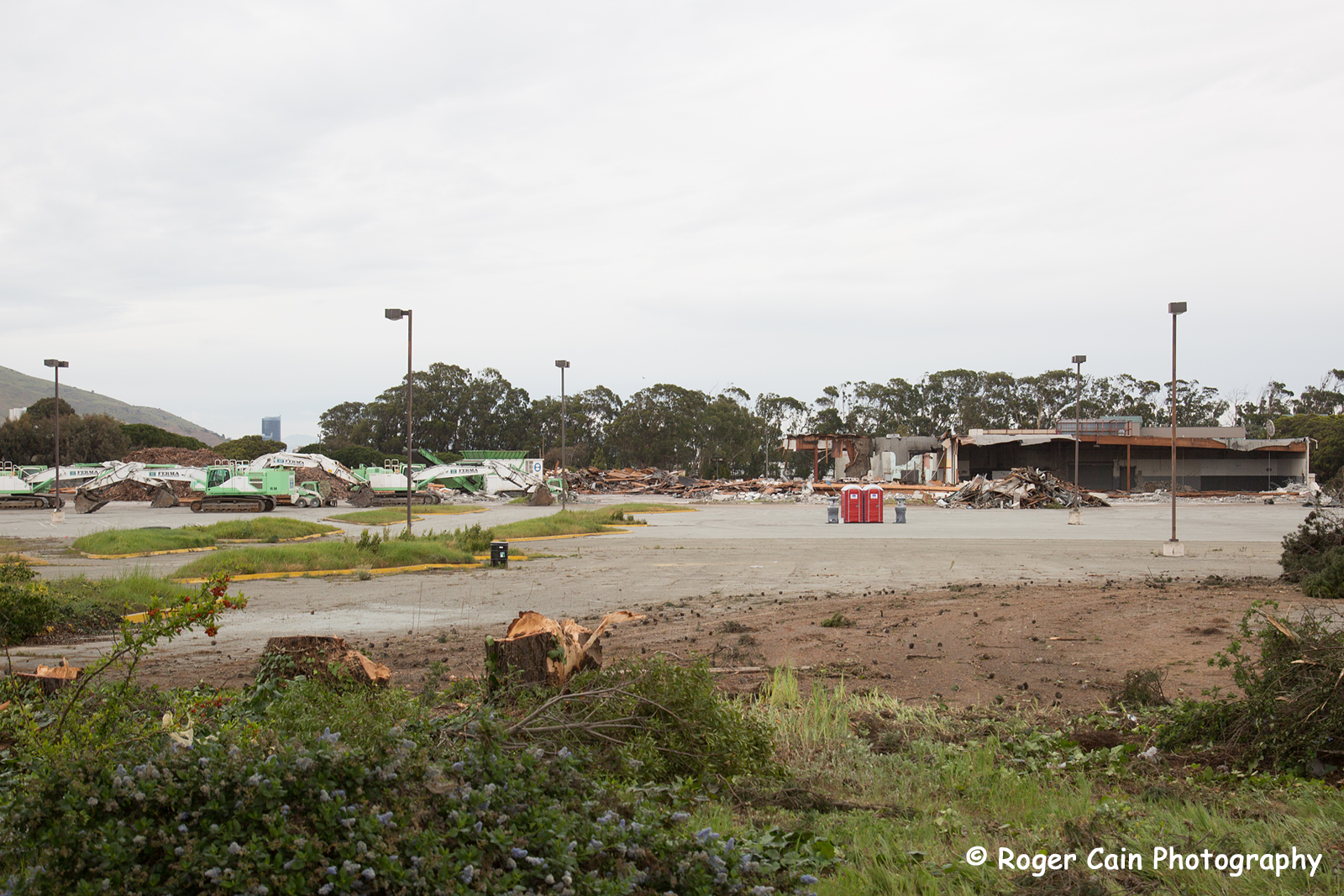 And while this demolition was a long time in the making, there is a certain passing feeling of nostalgia as we remember the past while moving forward to new beginnings.  Lucinda, a former employee at the Longs Store, has shared her desire to see this area rebuilt and recently asked if anyone had current photos. We greatly appreciate ROGER CAIN doing a perimeter walk to capture these photos today. 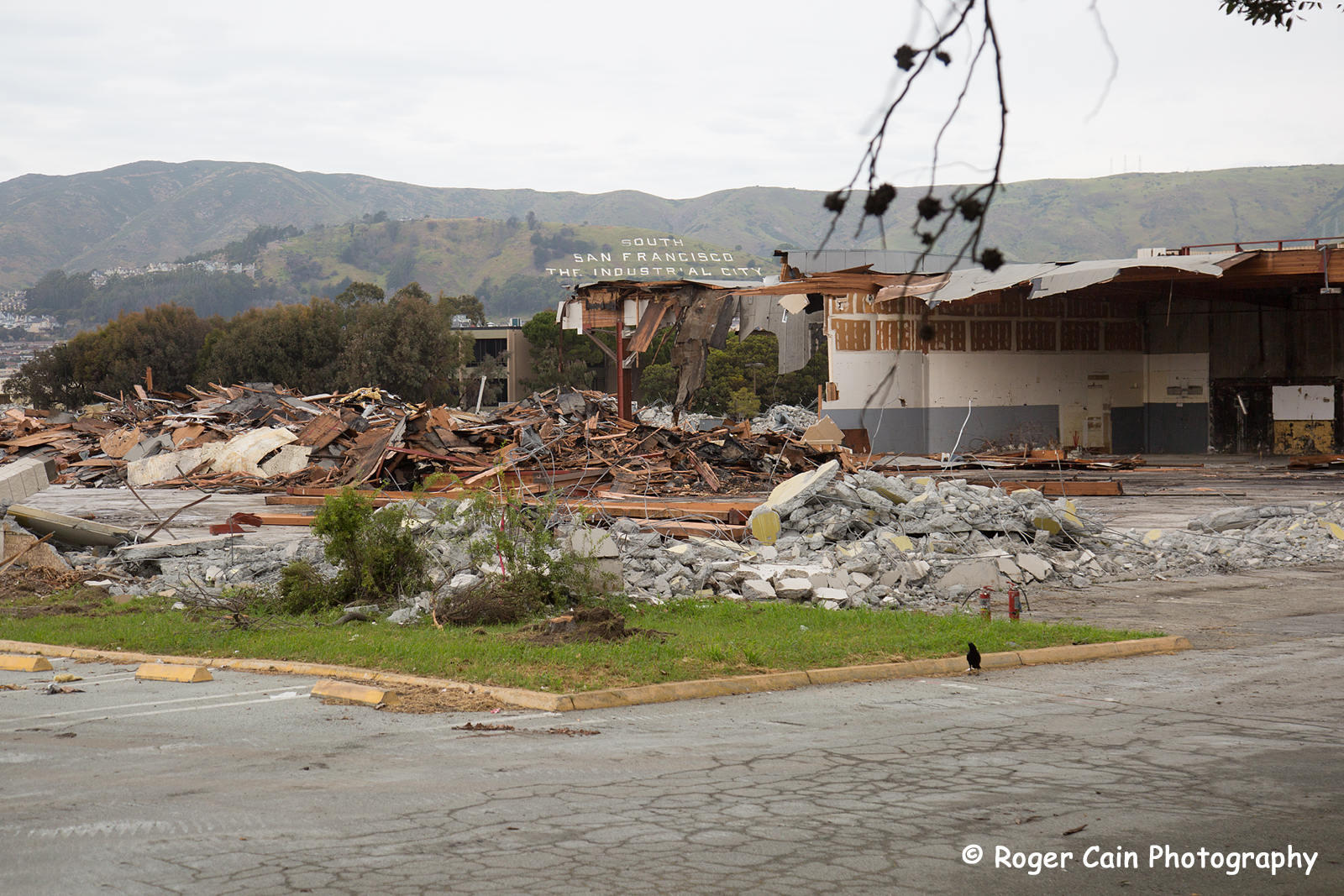 The end of the Spruce Safeway – for now. A new Safeway will be built here – 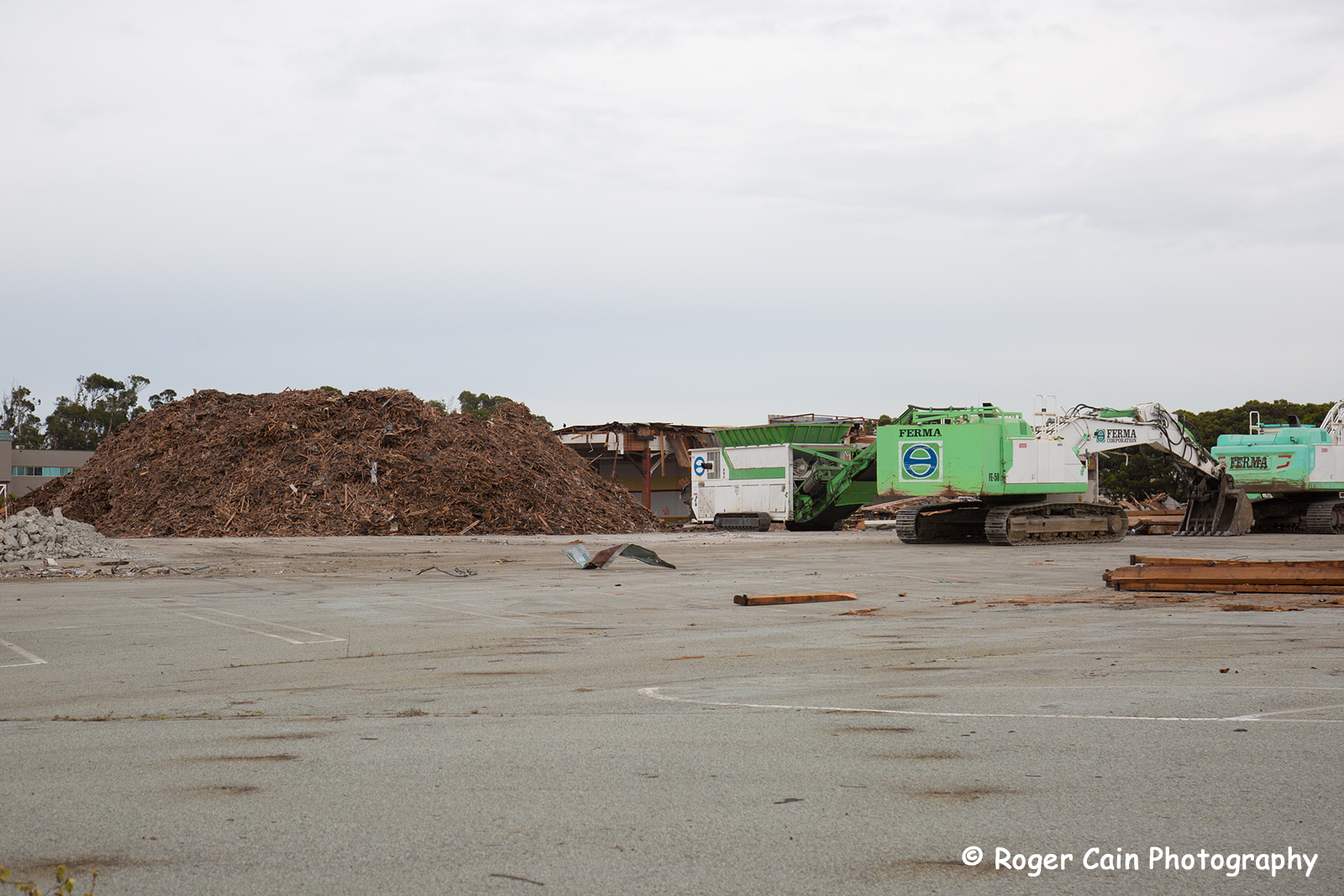 Where White Front once stood 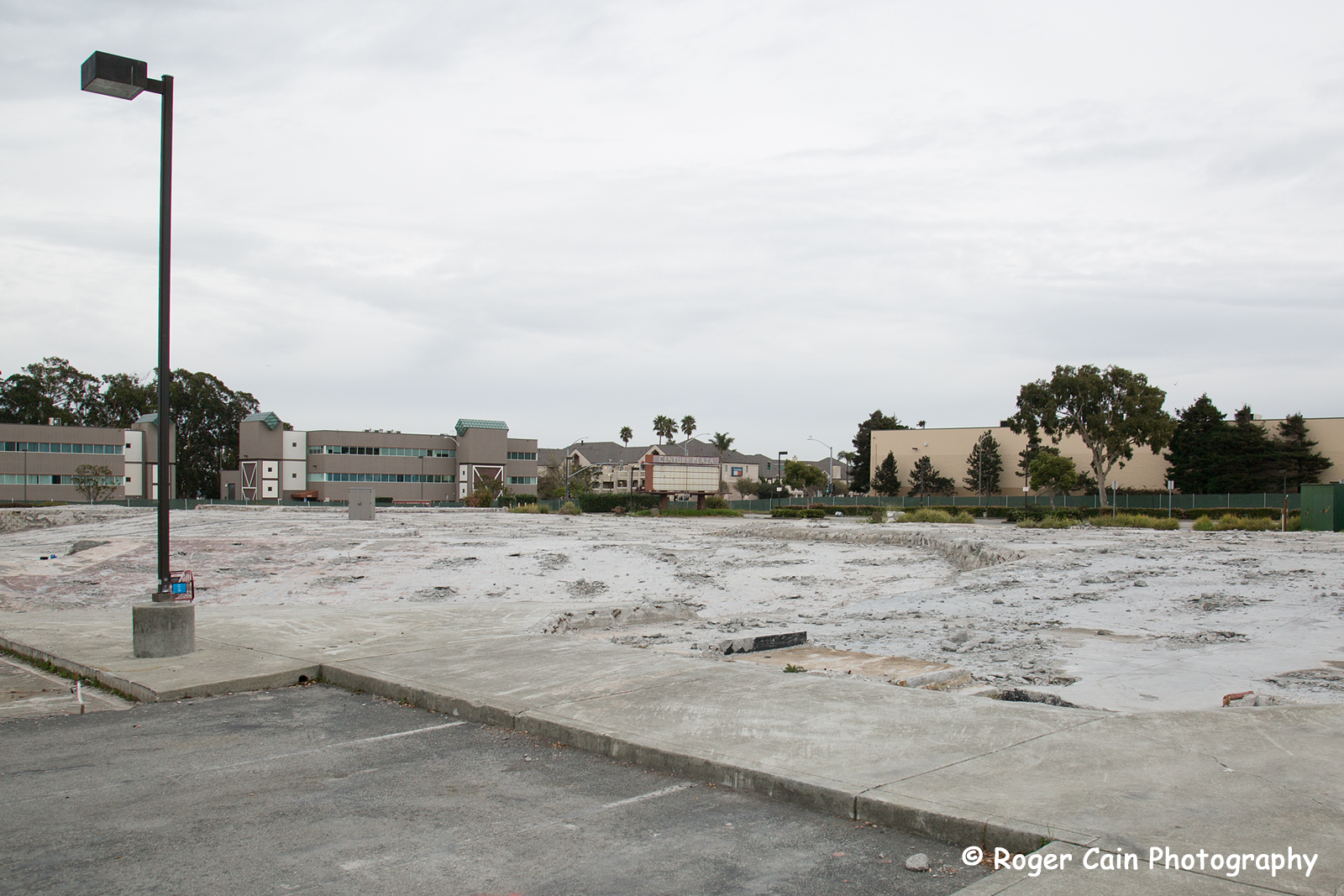 Century Plaze, the local theatre, held many memories from first jobs to first dates, to a run-down rat-infested building at its end. 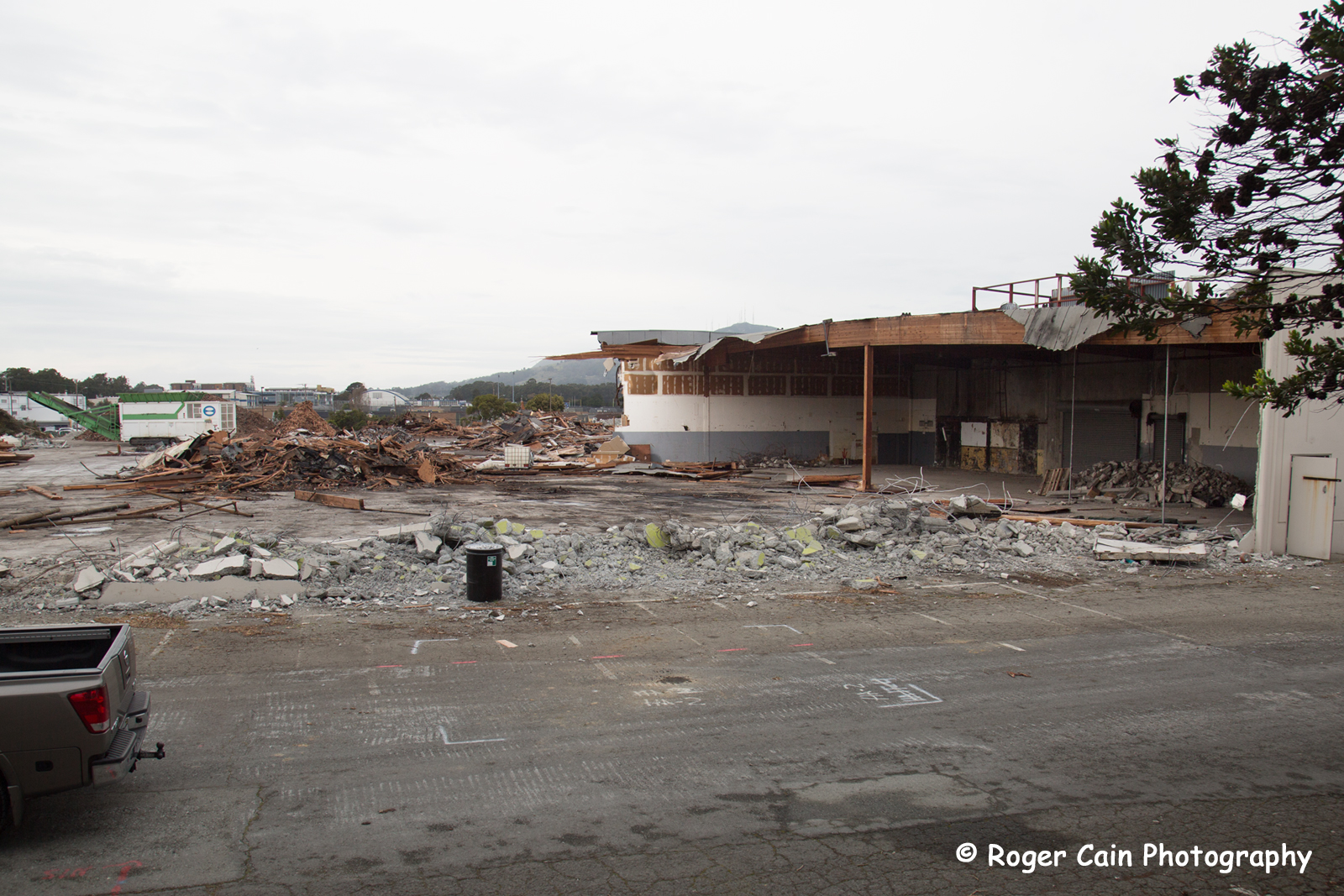 Former home of Safeway, which will be returning in a brand new style with parking below the store

The new shopping center will have a new 63,700 square feet Safeway as the anchor store. The shopping center is slated to be completed in the summer of 2023, with more development planned on this site.

To read more about that project please CLICK HERE