At 3:00pm, Friday April 8th, I arrived at the Chestnut/New Police Station stop light. That particular stop signal and the one on El Camino Real, were not synchronized. Cars were backed up to the road going to the library, the left and right turns on both stop light were green, the straight stop lights were red, and no one was moving. It was a mess, with cars trying to back out, circle around each other. After about fifteen or more minutes, the lights began to function.

It would seem to me, that cars going into Safeway or into the new police station avenue, should have a more waiting period, with traffic from El Camino or Chestnut/Westborough, a longer synchronized system.

If it’s such a mess now, can you imagine at peek time or when the apartments open up. 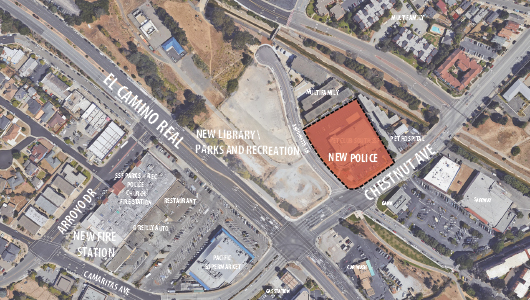 They also need to put a traffic signal on Chestnut and Commercial. They haven’t lifted a finger for traffic flow . It’s all a mess