On 04/22/2022 at 10:28 AM, South San Francisco Police Officers responded to a bank located on the 300 block of Linden Avenue on the report of a robbery that had just occurred. It was reported an adult male suspect (37-year-old unemployed South City resident Julio Rodarte) approached a teller and demanded cash, which was ultimately provided to him. The suspect fled the scene on foot.

Officers located and detained the suspect on the 500 block of Cypress Avenue. The suspect was found to be in possession of the stolen money and threatened to physically harm officers. The suspect was placed under arrest for robbery, obstructing and threatening a peace officer, and a parole violation. He was later booked into San Mateo County Jail without incident.

Anyone with information pertaining to this investigation is encouraged to contact the South San Francisco Police Department at 650-877-8900. 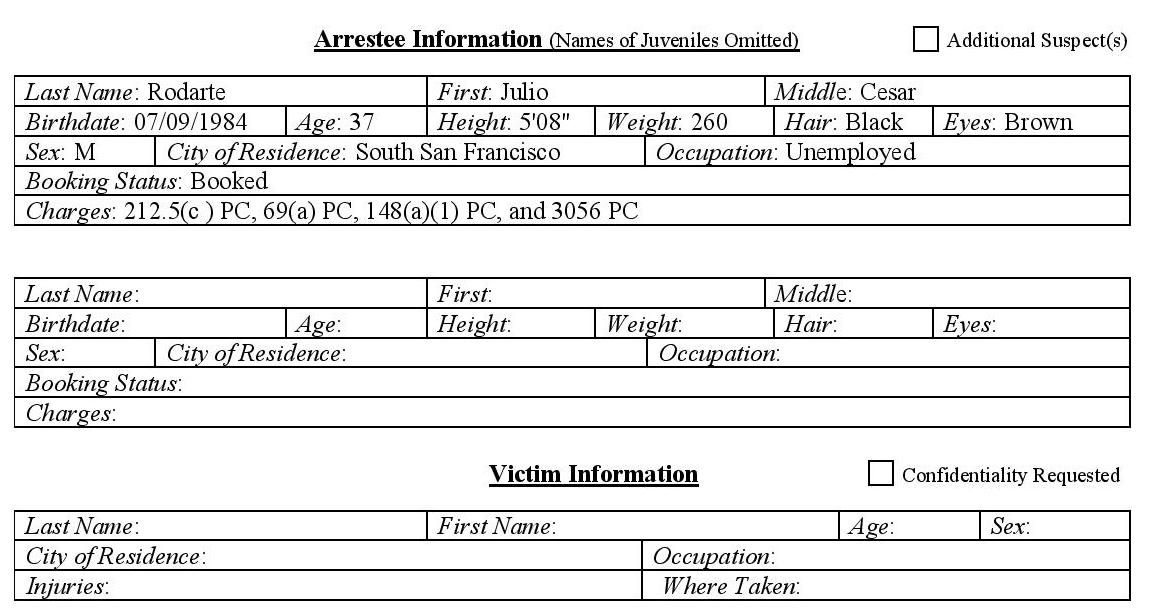 Robbers beware SSFPD is everywhere you cannot get away with anything in SSF so keep moving on if you have bad intentions – they will get in our city, thank you SSFPD

THANK YOU, SSFPD, for keeping us safe. Please know that our family and I’m sure many other residents pray for your safety night and day! God bless you!!