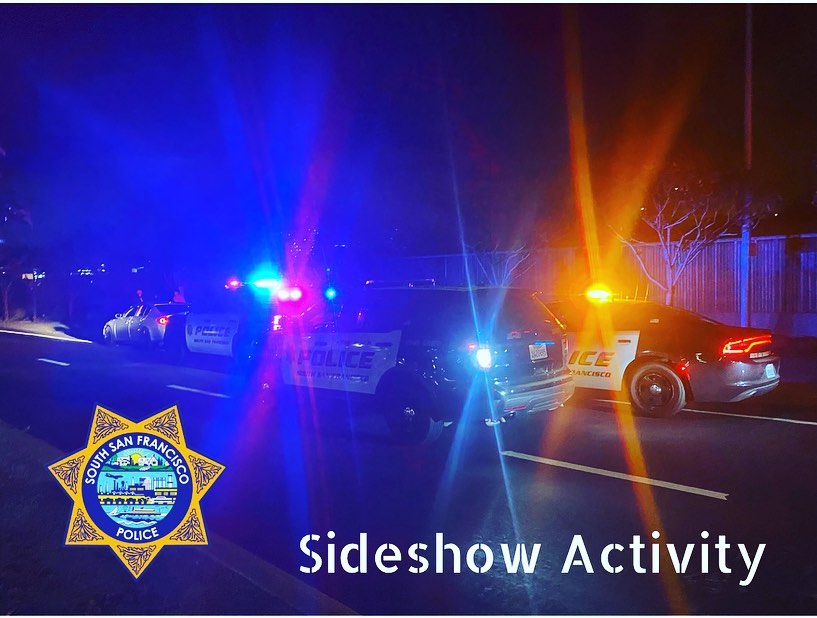 At approximately 12:39 am Sunday morning, South San Francisco Police Officers received information of a large side show which was heading to South San Francisco. As officers arrived on scene and started to check the area, a large group consisting of 250 to 300 cars and approximately 400 spectators were found to have taken over the intersections of East Grand Avenue and Gateway Boulevard as well as East Grand Avenue and Harbor Way.

Arriving officers had large fireworks thrown/shot at their vehicles and several of the spectators threw glass bottles at police vehicles. Additional resources were requested from northern San Mateo County law enforcement agencies and the area was cleared in approximately 10 minutes. 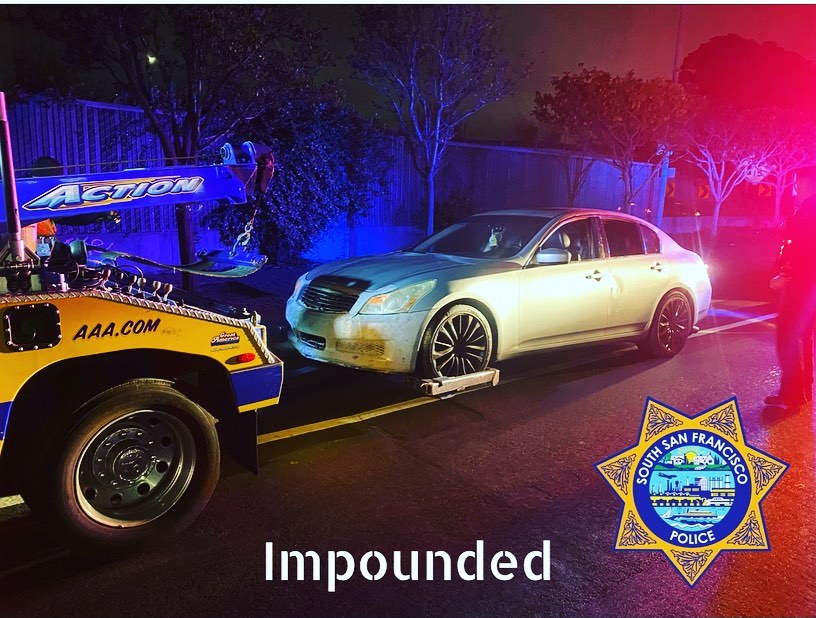 Several traffic stops were conducted on vehicles loitering in and/or leaving the area after the sideshow was cleared and citations were issued for various vehicle code violations. A vehicle was also impounded as the driver, who was from Oakland, had a suspended drivers license.

Great job handling this extremely volatile incident and thank you to all of our neighboring partners who responded to help!
##
NOTE: This is the 2nd side show broken up by SSFPD and partnering agencies in less that a week. In addition, our Officers have continued to make arrests of individual’s armed with unregistered guns as well as ghost guns. Yesterday, during an attempted homicide, a utility worker was knifed, and although they were injured, they were able to make it to the SSFPD station to receive life saving help prior to being transferred to the hospital.
Please consider coming out on Wednesday, June 15th, to support our Officers during the TIP-A-COP Fundraiser to be held at Chevy’s on Hickey. Proceeds will benefit Special Olympics. MORE HERE.