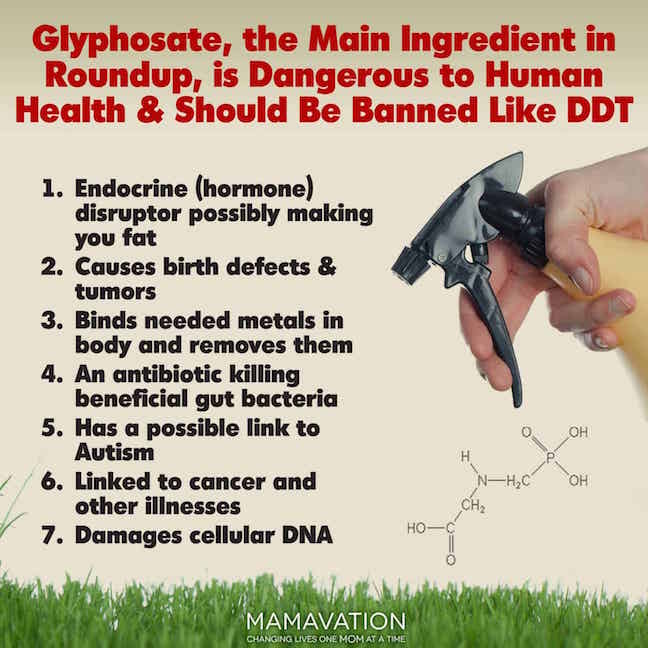 WASHINGTON – About 87 percent of 650 children tested had detectable levels of the ubiquitous and toxic herbicide glyphosate in their urine, according to a new analysis by the Centers for Disease Control and Prevention.

Food is the main route of exposure to glyphosate for the children, aged 18 and under, according to CDC researchers. Glyphosate is the active ingredient in Bayer’s Roundup, the weedkiller most widely used by conventional agriculture around the world.

The federal health agency also tested more than 1,600 urine samples of adults and found 80 percent had detectable levels of the weedkiller. The samples were collected between 2013 and 2014. The CDC regularly tests human biomonitoring samples for a number of  contaminants and diseases.

“Glyphosate is the most widely used herbicide in the country, yet until now we had very little data on exposure,” said Alexis Temkin, Ph.D., EWG toxicologist. “Children in the U.S. are regularly exposed to this cancer-causing weedkiller through the food they eat virtually every day.”

“The Environmental Protection Agency should take concrete regulatory action to dramatically lower the levels of glyphosate in the food supply and protect children’s health,” said Temkin.

In March 2015, the International Agency for Research on Cancer, or IARC – an arm of the World Health Organization – classified glyphosate as “probably carcinogenic to humans.”

The 17-member panel of scientists reviewed almost 1,000 peer-reviewed, published studies on the potential carcinogenicity of the chemical.

In April 2019, the U.S. Agency for Toxic Substances and Disease Registry released an analysis that gave weight to studies connecting glyphosate and non-Hodgkin lymphoma, and recommended monitoring children’s exposure to this toxic weedkiller.

The EPA has thus far has ignored many of those studies and the conclusion by the IARC. Instead, the agency has repeatedly sided with the pesticide industry and downplayed the risks of glyphosate exposure to human health.

In July 2020, EWG released an analysis of laboratory testing that shows glyphosate in more than 90 percent of non-organic hummus and chickpea samples.

Previous tests by EWG and other public interest groups have found glyphosate in popular breakfast cereals and other foods American adults and children love to eat.

The presence of glyphosate in food is the result of the herbicide being used as a pre-harvest drying agent, or desiccant, so crops like oats can be harvested sooner than if the plant were allowed to die naturally. This allows easier harvesting but also increases the likelihood that the pesticide makes it into foods.

In 2018, EWG and a number of food companies petitioned the EPA to sharply limit glyphosate residues allowed on oats, and ban its use as a desiccant. The EPA has ignored those calls, allowing U.S. farmers to continue using the crop chemical at harvest.

Glyphosate was invented and marketed by Monsanto until 2018, when Bayer bought the company for $63 billion. It inherited liability for about 125,000 claims by people who say the weedkilling products caused their cancer. The company announced in 2021 that glyphosate will no longer be sold for residential use in the U.S. by 2023.

The new CDC findings were reported on Saturday by the nonprofit environmental and health news site The New Lede and The Guardian.

Full disclosure: The New Lede is a journalism initiative of EWG and is a distinct service that operates independently of the organization’s advocacy and communications units. EWG has no influence on editorial decision making at The New Lede.