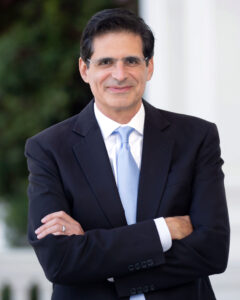 A stroke of the Governor’s pen would enable the San Mateo County Community College District to offer fee waivers to more students in need by using existing local revenue and without incurring further costs to the state.

Two other bills by Senator Becker also were sent to the Governor on Wednesday [August 24]. Those bills address:

SB 948 cuts costs for affordable housing projects in California by shifting the responsibility to hold a “transition reserve” from the project level to a pooled reserve operated by the state’s Housing and Community Development Department. The switch would free significant affordable housing resources that are now locked away in project-specific reserves. The change would allow the money to be used to produce additional units of affordable housing or deepen the affordability of units.

SB 1117 changes the way grants for local programs of the Office of the State Public Defender are administered. The bill would permit the Office of the State Public Defender to issue grant awards, if allocated, to the most innovative public defender offices and programs in the state. The change enables the agency most familiar with the offices and programs to oversee the grant awards.

“Each of these bills address equity issues for Californians,” said Senator Becker, D-Peninsula. “They aim to provide greater access to higher education, support construction of affordable housing and support the public defenders who represent indigent individuals in our state justice system. My thanks to the bill partners, community advocates and my Legislative colleagues for helping me bring these measures to the Governor.”

can we recall this jerk? f-ing communist . affordable housing my #%) +_ !!
greasy Gavin and clowns like this are ruining the state. these people
are in the pockets of there rich donors . period ! liars and oligarchs .
of all the new gulags that have been built in the last few years are
affordable? let me think for a moment…………… none! only high
tech a- holes can afford them . not person working a regular job.
they are really the ones that are getting the shaft. the tax payer.