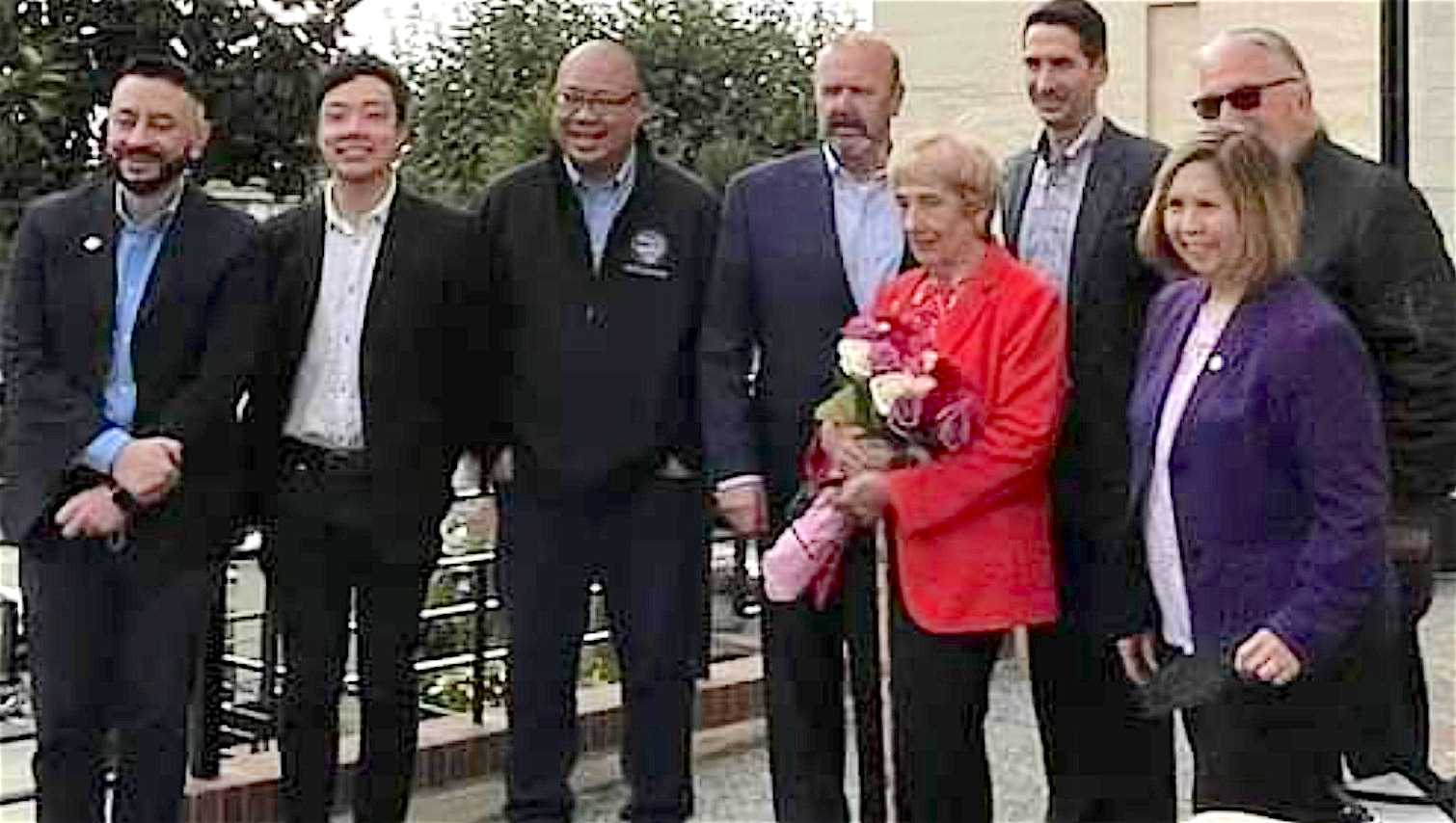 In 1978, Roberta Cerri Teglia won her seat on the South San Francisco City Council after serving the City on the Planning Commission. Teglia’s love of this City of her birth was evident by the devotion she put into action, her dedication to using her platform to lift others, and leaving a legacy for those who have followed. She was born at the South San Francisco General Hospital which was located at the corner of Grand and Spruce Avenues, to Italian immigrants who did not know the English language. However, Teglia learned English during her early years of education at the Magnolia School, which is now known as the Roberta Cerri Teglia Center, in her honor. This coming full circle is fitting for this amazing woman who has embodied the American Dream.

The fact that Teglia was the first woman on the Planning Commission and on the City Council was acknowledged, yet did not define her tenure.  Teglia served as Mayor four times during her time on the City Council, 1978 through 1995,and was an inspiration to many and encouraged others to get involved in local politics, including Gene Mullin and Mark Addiego.

In 2019 the City Council renamed the Magnolia Center to Roberta Cerri Teglia Center in her honor, a long due recognition for this woman who worked hard to bring this senior center to fruition. Teglia is also credited with the creation of the Avalon Memorial Park, the green belt located on Avalon/Dorado/Granada Drives, as a memorial to the six young men, who grew up in the neighborhood as friends, and who tragically died together in 1982 in a small airplane as they traveled from Reno to San Carlos. In 2018 Teglia joined the South San Francisco City Council Reorganization event along with Mayor Karyl Matsumoto and Mayor Liza Normandy, at the same time the City’s fourth female Councilmember, Flor Nicholas, was sworn in after winning her election. 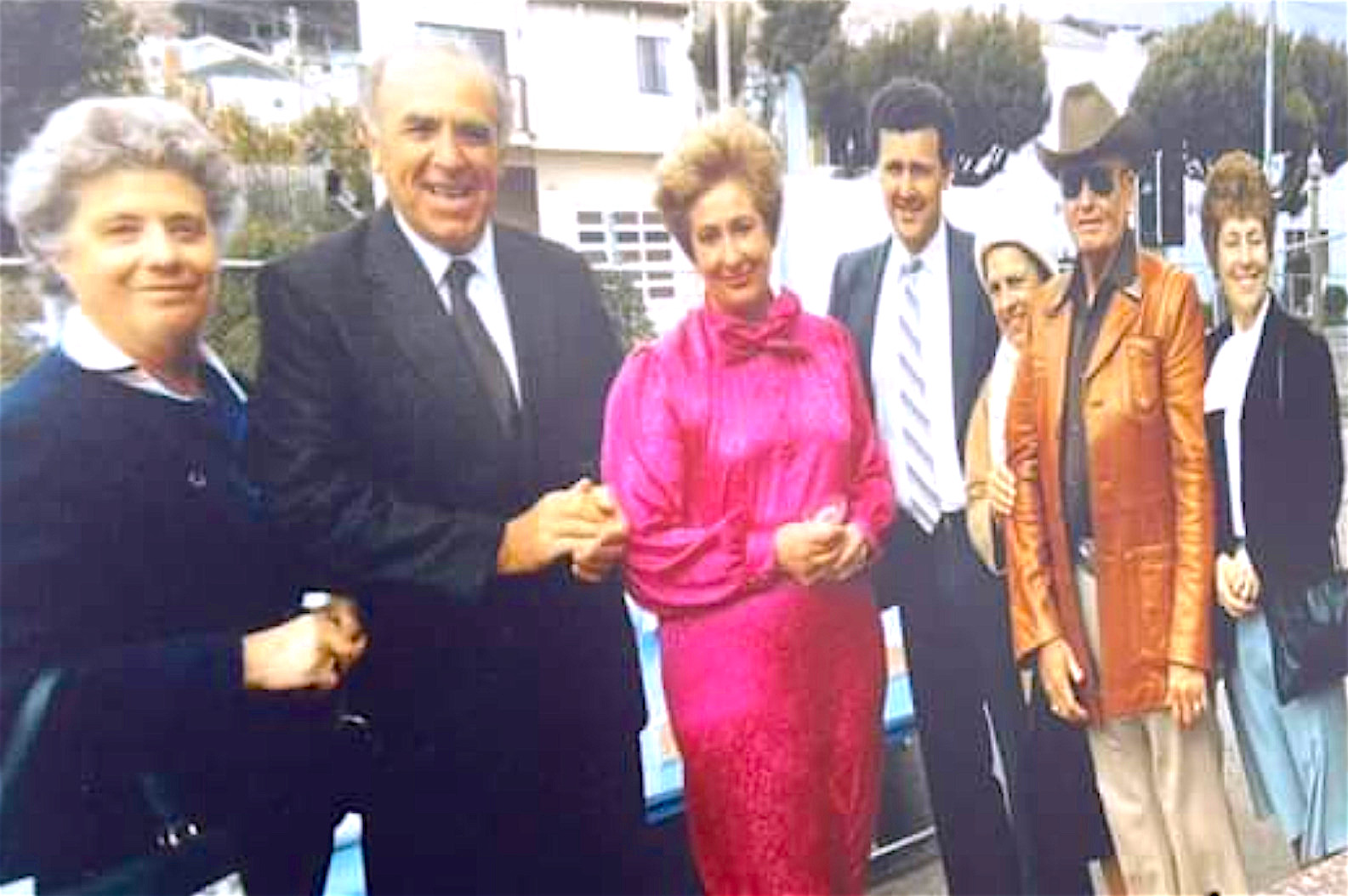 Other highly notable achievements from Teglia’s vision and efforts include her initiation of the first airport noise insulation project and the securing of federal funds to pay for it. Other cities followed suit in later years and this program continues to this day.

Teglia also initiated the purchase of land and the building of the conference center, again, with no local funds being used. Rather Teglia championed a transient tax which was put on the ballot and passed by voters. This then taxed hotel visitors rather than residents and enabled the South San Francisco Conference Center to be built in 1993. This was just the venue the City needed to court additional Biotech businesses to the area, after Genentech‘s staking ground in 1977. Today the City boasts being the birthplace of Biotechnology, in part due to the work done by Teglia and others serving on Council.

Other accolades for Roberta Cerri Teglia include her induction to the San Mateo County Hall of Fame in 1985 which have these words attributed to her;

The testimony of one sixty-year -old man, at a city council meeting, describes ROBERTA CERRI TEGLIA quite well: “I’ve never believed in women’s abilities until I saw her tonight.” As Councilwoman and Mayor, she has worked for better local government by selfless devotion of many hours of hard work and energy to the Citizens of South San Francisco and San Mateo County. She was the first woman Planning Commissioner, Councilwoman and Mayor of her city. Roberta Cerri Teglia has worked for deeper understanding and respect among people. She was instrumental in establishing a relationship among her city, Hispanic residents, and a city in Mexico. Her boundless energy, enthusiasm and warmth have earned her vast admiration.

While many long time residents have their special memories of the years of Teglia’s service, the Senior Center is one of her greatest gifts to our City and continues to benefit a large population of our neighbors daily. To learn more about the offerings PLEASE CLICK HERE.  Below is a sampling of some of the great offerings available at the Roberta Cerri Teglia Center

The Roberta Cerri Teglia Center offers a variety of recreational and educational activities, including:

For a full list of our Senior Services class, please see our current senior class schedule the Senior Classes section of the current Activity Guide or read the latest edition of our Senior Connections Newsletter here.

Edits have been made since the original publishing of this piece.