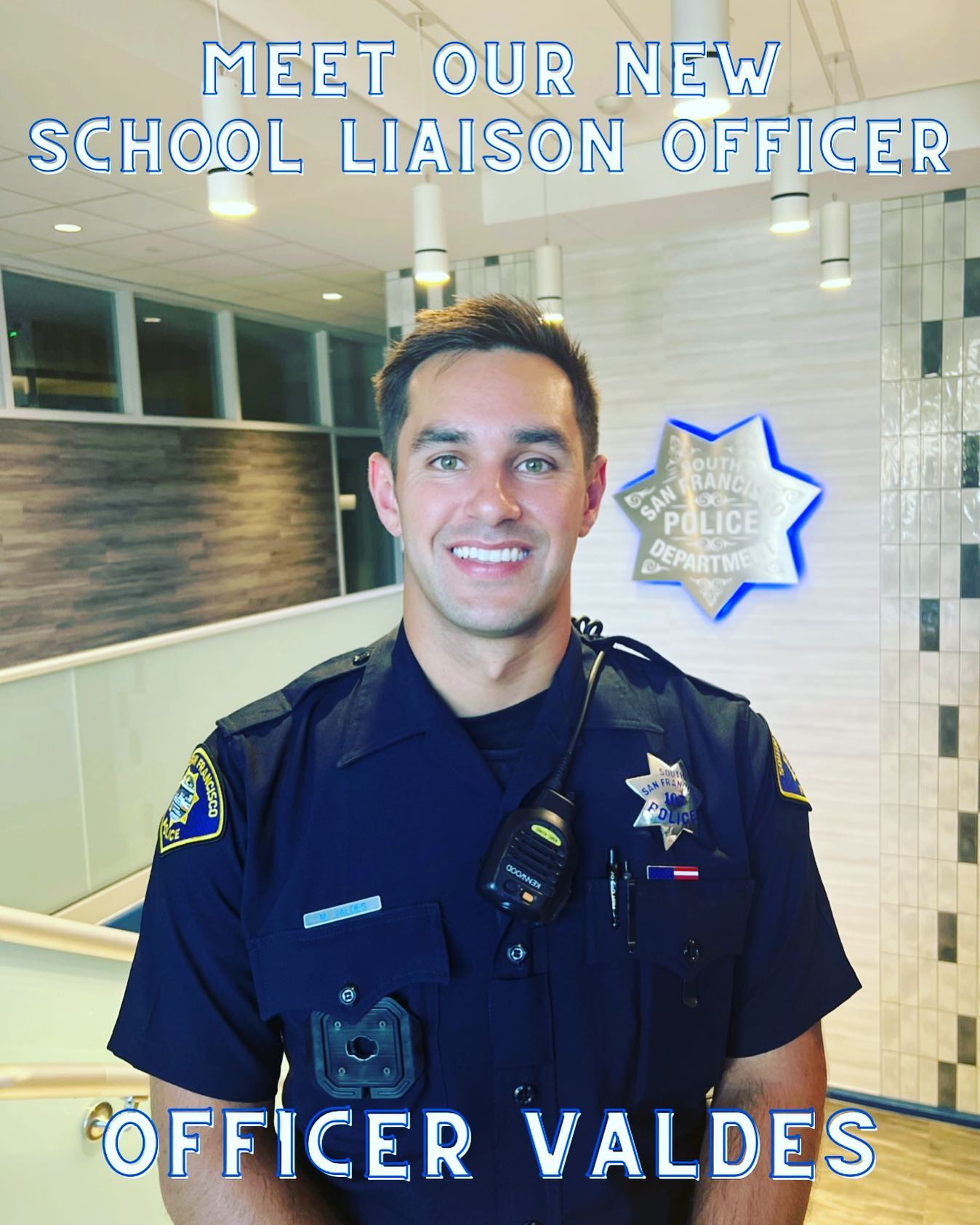 A Bay Area native, Officer Michael Valdes graduated from Junipero Serra High School in San Mateo and graduated with a bachelor’s degree in Criminal Justice from St. Thomas Aquinas College in New York. Michael played both high school and collegiate baseball where he held leadership roles on several teams. Prior to police work, Michael held several different jobs including being an ambassador with the Junior Giants. During that time, Michael helped bring baseball to disadvantaged youth of all ages and backgrounds in the Hunter’s Point/Bay View area. Michael was also a head baseball coach and has given baseball lessons to kids for several years.

Michael wanted to become a cop so he could make real change in his community and have a positive impact on society. He was hired with our department in January of 2019 and has served the South San Francisco community since December of 2019. Michael has worked in several different capacities including working patrol, the San Mateo Gang Task Force, and police academy instructor and evaluator. During those roles, Michael has taken every opportunity to connect with the community and build strong relationships.

In his free time, Michael enjoys playing golf, working out, and spending time with his wife and dog. Michael is excited to take on his new role as School Liaison Officer and hopes to continue to serve the South San Francisco community to the best of his ability.