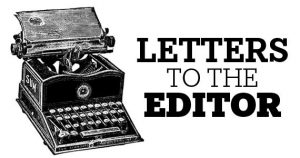 Constituents want to know more about Eddie Flores and his intentions to serve residents in District 5. It is a known fact that Mr. Flores moved from Sunshine Gardens in order to “secure” a seat in District 5. One might ask, “Why did Mr. Flores move from District 1 to District 5?”. Does Mr. Flores want to secure votes from the Hispanic community?  Is he preying on one’s ignorance; those that will vote based on a familiar last name?  Read Mr. Flores’ appointment application from 2020. It appears he will connect to any community as long as there’s a vote that comes with it.

Let’s get to the facts.

Mr. Flores is proud to call himself a teacher often on the topic of mental health.

In fact, Mr. Flores is listed as a  Volunteer on the San Francisco State University’s website. According to the SFSU website, a typical volunteer ” may perform a variety of functions in support of SFSU activities.  Some examples of volunteer work include, but are not limited to: volunteers who teach, assist in teaching, or are guest lecturers, etc; assist with registration; work in Health and Learning Centers; or other campus events or activities.”  So, what is Mr. Flores’ capacity at SFSU?

Meanwhile, a search on Skyline College’s website indicates that Mr. Flores is an Adjunct Faculty Member of the Hospitality and Tourism Department. While this checks out for Mr. Flores being an “educator” at Skyline College it does not align with his statement on his website, “Currently, I work with the Peninsula Health Care District creating a new mental health center for youth and young adults, and as a teacher at San Francisco State University and Skyline College.”

Now, let’s get to Mr. Flores’ roots. We all have heard Mr. Flores talk about being born in El Salvador and immigrating as a young child with his family due to the civil war.  But, where did he really grow up? There’s conflicting information about where he grew up. Was it San Francisco’s Mission District or South San Francisco? The inconsistency in his bios across the world wide web is raising eyebrows. Does he really have a strong connection to this communidad as he claims?

Publishing inaccurate information tells you a lot about a candidate’s integrity.

Mr. Flores,
Like you, I immigrated to the United States as a child in the late 1980s, as did my husband. We both learned much of our English from watching Sesame Street and from the elders in our respective families. He settled in SF, my family in SSF. (we met at college)
You continue to say the LatinX community is underserved and act as though you are the only successful Hispanic immigrant. Look around you and you will see some of our best businesses in our good city are owned by immigrants and many from first generations. My family also considers themselves successful receiving the benefits from our parents hard work as immigrants to a new country that had new language and culture to learn. Yes, they too worked muliple jobs to give us, their chilldren a better life than we could have ever hoped for in our village in Mexico. We are thankful to them, we do not spit on their hard work with our words
My husband immigrated from China with his family, why do you not consider Asians underserved? They were refugees who had to move through many camps in other countries before they could escape communism to come to America for a better life. His father did not make the journey. The language and culture is so foreign to them yet they strive to make a good life in America.
Mr Flores your comments are insulting to Latinx like me who have hard working parents who made a better life in a new country for their children and grandchildren. We are not underserved, we have free education and opportunity we never had before.
We live in district 5 and you do not represent us.
Mrs Chan

It’s clear that Eddie Flores is not seeking a long-term seat. If elected, he will be on his way out in four years or less to seek other political positions.

He abruptly left his school board seat when the vacancy for City Council became available. Suddenly, Eddie Flores had a desire to serve constituents in District 1 because they needed representation.

His letter addressed to Hon. Mayor Mark Addiego and Honorable Members of the SSF City Council stated, ” Currently this Council does not have representation from District 1 (Sunshine Gardens, West Winston, Alta Loma). I believe that it is critical that the Council has reflective views from a longtime resident in this District even through [sic] this At-Large seat. It is not equitable for this geographic area of our City where extremely salient and ever-pressing multi-million development projects are currently underway or forthcoming (SSF Police Department HQ Station; SSF Civic Center Campus & Library; SummerHill Complex Development; and future development of the former PUC site) not have representation on Council. These are all extremely critical projects for the City that demand that a voice representative from these neighborhoods be on the Council.”

When asked, ” What in your background will best prepare you to function as an elected official?” Eddie’s response was “I am ready to hit the ground running on day one. As a [sic] SSF resident for over 10 years…” That’s right two years ago Eddie said he’s been an SSF resident for over 10 years. As an educator, you’d think Eddie could do the simple math and come up with 12 years of residency in SSF, right?

However, fast forward two years later he claims that he’s been a part of this community for over 30 years.

I received Eddie’s second mailer yesterday and questions about his roots in South City continue to take away from his campaign. ” Eddie Flores is a long-time SSF resident who has been a proud member of the District 5 community for over 30 years…” What world does Eddie live in to believe that he can continue to lie to his constituents?

Aside from the issue of Eddie’s residency in South City (let alone District 5), he doesn’t seem to have a loyalty bone in him. He leaves the school board, then claims loyalty to District 1 by way of the number of years he supposedly lived there. Now, he is making his way through to District 5 with the same tactics; trying his utmost best to make a connection with District 5 constituents by stating that he’s been a member of their community for over 30 years. Eddie Flores is an unscrupulous opportunist and isn’t here to represent the constituents of District 5.

We don’t need another polished politician.

South City doesn’t need another career politician. We need someone that has common sense and isn’t about self-promotion. I encourage you to do your research and ask the candidates questions. Read the ESC’s Candidate recommendation to learn more about each candidate and visit their website, or email them to ask questions. Be an informed voter.

Article is spot on, what has Flores done to improve district 5 since 2020, when he was appointed?

I’d be interested in hearing him and Tom Carney debate. Based on signs on businesses, support appears to be split.

.
The commenter said talk about Eddie Flores’ strengths or contributions.
Eddie Flores speaks well and may know what he’s talking about.
He’s a self promoter and sells himself well.
He lives/d with mom and moved out to seek a seat in another area of town, which he knows little about. Now the problem. Those who are part of Old Town’s culture, understand its needs and frustrations with being heard by the city council for decades.
It is the point the article implies. Eddy Flores hasn’t put in the time enough to understand the unique needs of Old Town’s, working class, labor based constituency. Residents have been discouraged that their issues haven’t been addressed. For one, they would like a supermarket. Where is that in the pipeline Mr. Flores? Before South City became biotech it was a union industrial town, hence the Industrial City on the mountain. Old Town now called District 5,served the needs of the tanneries back in the day, the steel industry, the slaughterhouses, and the smells emanated and lingered well into the 80s. Did you know why they used to call South City the smelly city? The smells came from processing the cattle skins from the tanneries. Ask an old timer.
The make-up of the city council in those days was from these salt of the earth people, butchers, firemen, Greek growers, policemen and continues.
One just doesn’t half serve in one area and profess to know the distinct unique needs and flavor of District 5.
It is why Tom Carney is the best choice for District 5. Tom’s got our backs, he’s solid. He’s working class, pro-labor, a family man, a retired city employee fireman who knows better than anyone the nuts and bolts of So. City. In short, Tom Carney has put in the time. Mr. Flores? Not so much. The shackles of incumbency is why the City transitioned out of at-large election to by district elections, and no one’s seat is safe.

Consider this before you vote. Mr. Flores has aligned himself with Scott Weiner (author of SB10), whose Bill will allow Cities to upzone single family properties to multi-unit housing. This has the potential to change a suburban city into a high-density urban environment. Is that what Mr. Flores plans to do, if he is elected to City Council in District 5? A picture is worth a thousand words. Be careful who you vote for. 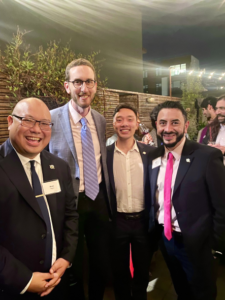 get a load of this s- show. 4 creeps. Scott Weiner and the whole stupid democrat
California machine . one party rule for way too long. tom seems like the best choice.
only thing you can do is vote NO on all these destructive bills . don’t believe the B.S.
so. city is already a over built crowded woke hell hole. with nothing thought out.

Photo says it all!

Who wrote this? Was it his opposition? Think the letter should talk to his accomplishments or lack of and his contributions to the community.

Or it should point out his integrity or lack there of, in which it does. Integrity is the upmost important value residents are looking for. Especially the ones he claims to be advocating for.

Let’s not forget Mr. Flores’ Brady Bunch meets ZOOM moment at the council meeting where an expensive BAE, three scenario prototype study revealed that the city owned housing would run between $47,000,000 and $85,000,000 deficits for just 150 units. Our city officials have their sights set on over 1000 just so Mr. Coleman can boast that he created a public housing project that would be a shining example for all of California. He’s doing it with our money, or more specifically debt! How did Mr. Flores’ respond to this alarming, fiscally reckless information? Did he take it to heart and decide this would be financially unsound? No, he made UNFOUNDED challenges to BAE’s credibility and their consultants in their presence as it didn’t fit the desired narrative. He was going to support his buddy’s cause whether it buried SSF with debt or not. Fortunately for Mr. Flores, not the residents, he was in good company as the council ignored their fiduciary responsibility by unanimously advancing this measure to the ballot (Measure AA). I don’t know who these guys are working for but it sure isn’t the majority of the residents. I guess SSF is just their “plaything.”