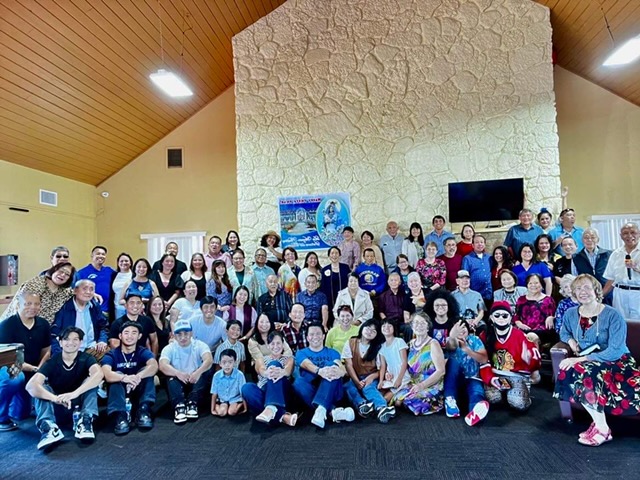 October is Filipino American History Month, Holy Rosary Month. It is also the National Arts and Humanities Month restored by President Biden for commitment to Arts endowment after it was disbanded by Former President Trump. President Biden also commended the Medical front-liners: a majority  were composed of Filipino nurses, doctors, technicians during this pandemic. 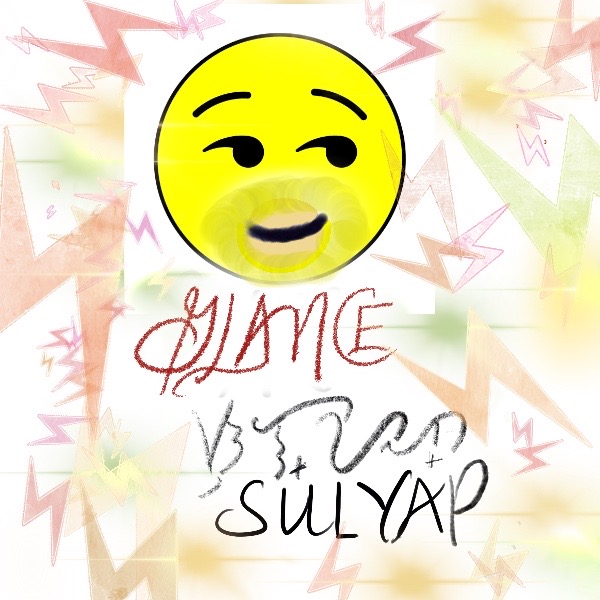 The current administration in South San Francisco is Mayor Mark Nagales ,  Vice-Mayor Flor Nicolas are Fil-Ams making a historic first. You can greet them with them with words such as ‘Mabuhay’(Hello,Welcome,Bye,To Life); ‘Magandang Umaga, Hapon, Gabi’(Good Morning, Afternoon, Night); ‘Salamat’ (Thank You) ; ‘Kumusta ka?’(How are you?). A shortcut for a Filipino/Filipina is Pinoy/Pinay. 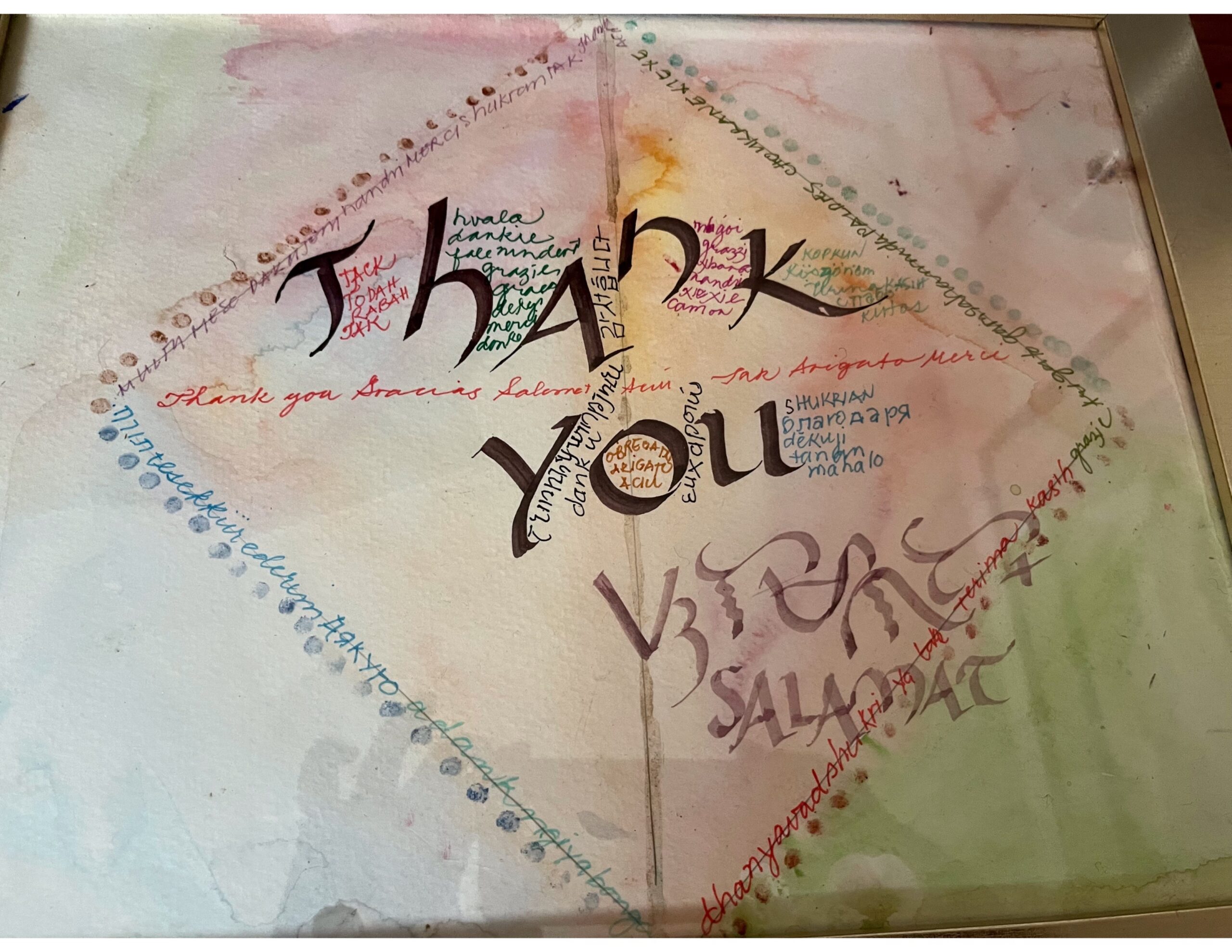 “Your articles have words that always make me open the dictionary,” a friend said. I’d like to introduce two Tagalog words that became part of English dictionary.’ Let’s become a lexicographer(one who studies new words and then adds them to a dictionary/thesaurus) ; etymology is the study of the origin of words.

Is Kilig a Tagalog word or an English word or both? {*edit) 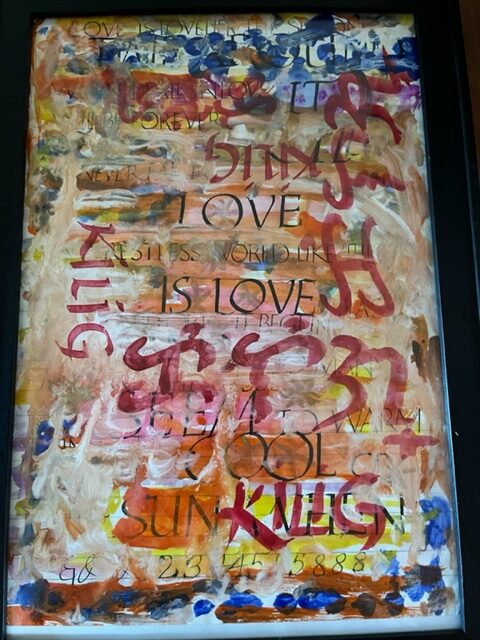 Kilig as of March 2016 is officially an English word.

(adj.) 1. Of a person: exhilarated by an exciting or

(n.) Exhilaration or elation caused by an exciting

or romantic experience; an instance of this, a thrill.

Kilig is typically used by young people, the teenagers. Samples : when they see their crush , they feel kilig; or when they see their movie love team together ; or when Elvis Presley shakes his pelvis while singing, all the teen girls swoon and faint. For adults, it can be a new adventure or they discovered a new formula or equation or vaccine or see a new magnificent place or experienced a great vacation or discovered a new design or found an exciting restaurant or hitting a jackpot or winning the lottery. 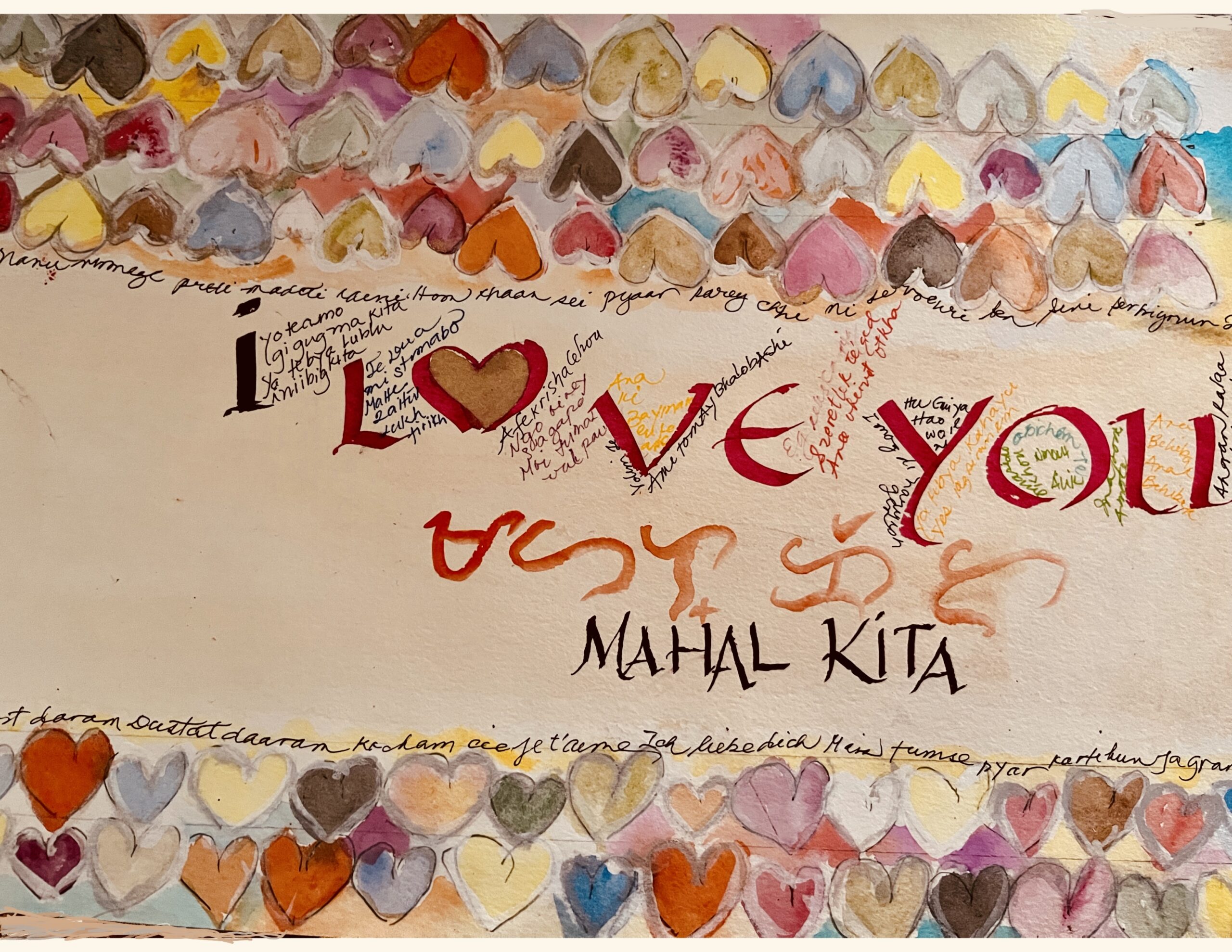 To look and see (Tingin), behold (Masdan) but the word ‘Sulyap’ is the romantic side glance , a peek at your crush or beloved hoping to catch her/his eye. A song titled ‘Sulyap’ was a big hit with 71million + views at Youtube.

Grandmothers and mothers advise their ‘dalagas’(young daughters) to be ‘Pakipot’(plays hard to get even if you like him, otherwise you’re perceived as easy and cheap). 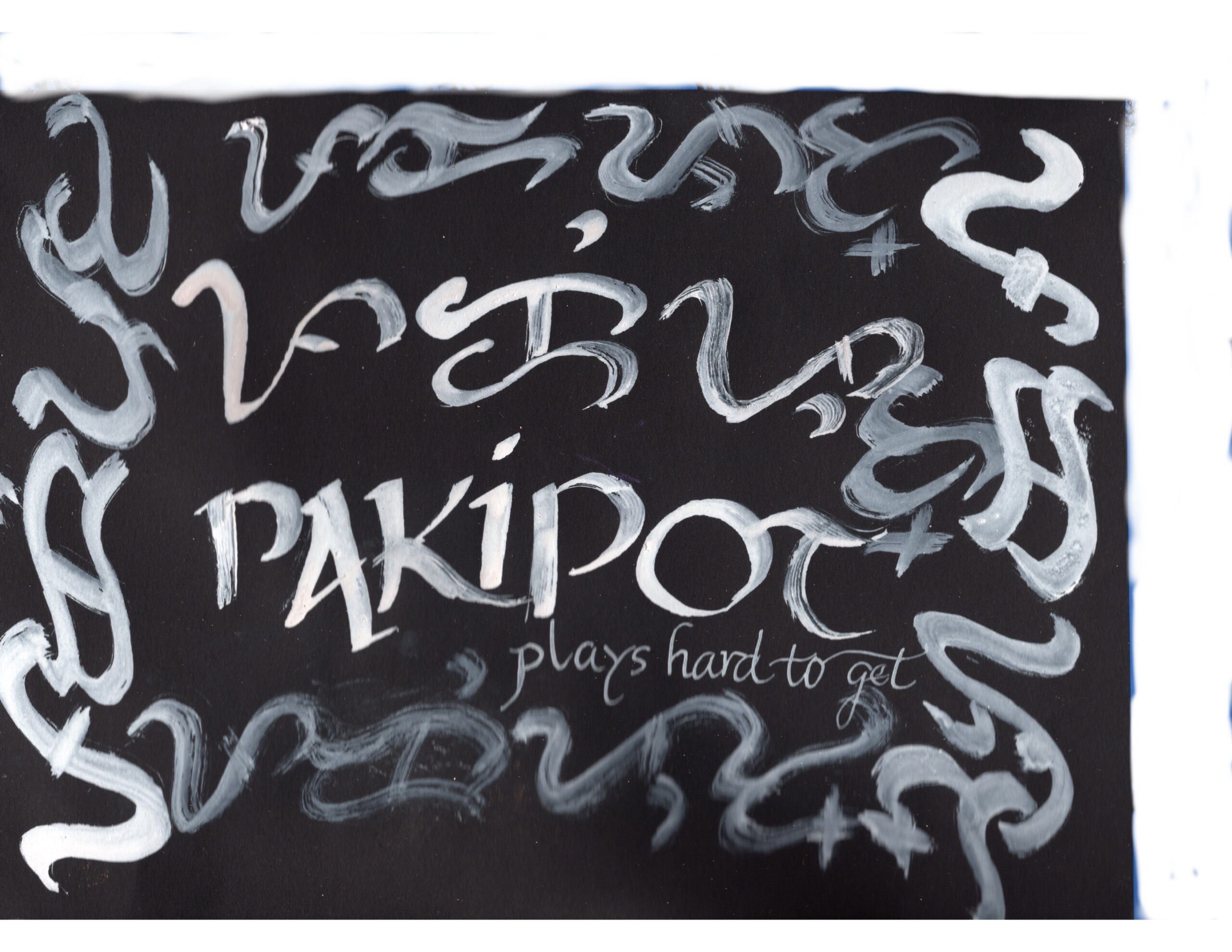 Oxford Dictionary chose it because it’s one word that says romantic excitement.

Kilig generates happiness in one’s person wellness. Scientists have called the happiness hormones as Angel’s cocktail (DOSE, Dopamine, Oxytocin, Serotonin, Endorphins).  There are more happy hormones but DOSE are the main ones which keep you healthy, wealthy and wise.

Pressure, anxiety, worries, fears, panic  are recipes for  the Devil’s cocktails ( a high concentration of Adrenalin and Cortisol) leading to depression and chronic diseases.

The world definitely needs KILIG! New languages keeps emerging like Taglish(Tagalog-English), Spanglish (Spanish-English), Chinglish(Chinese-English). When I was a teenager  a Taglish song became a big hit ‘TL Ako sa yo’.  It’s a nonsensical song about a young lady who is TL to a guy who’s not only ugly but has no money;  her grandpa says she has soy sauce in her brain, her grandma says to look for another one who’s good-looking and rich. A sample of lyrics ‘Ewan ko ba kung bakit type kita, Hindi ka naman guwapo………….Ikaw ang True Love ko’(I don’t know why you’re my type , you’re not even handsome…..You’re my True Love). It became a hit because it’s a sample of divine love that doesn’t look at external $$ and outward appearance.

Former President Trump made ‘She’s Not My Type’ popular, an unconvincing denial.

“Elizabeth, I saw your art piece in a book,” said an artist in 2018.’ I said, “Huh?, I don’t remember submitting any piece to any book”. I found out it was my piece Kilig exhibited during the 2016 international calligraphy exhibition. I created Kilig to celebrate the addition of the Filipino Tagalog word into the English’ Oxford Dictionary. I don’t have a copy of the limited edition book since it was sold out. It’s an abstract work since I layered it with practiced Roman Caps When I Fall in Love lyrics, obliterated some words,  Kilig in Baybayin(means to spell).

Before Spain conquered the Philippines on March 16, 1521, Baybayin(a family of the Brahmic scripts in the East) was used by the natives’ communication. The Spaniards labeled the Filipinos as ‘indios’ or illiterate , since they didn’t understand the language nor their form of government. Since there was no paper, wrote Baybayin on leaves, fruits, stones, including on human bodies when they made love or wedding vows. The script was suppressed; Spain implemented the Latin alphabet, and decreed all inhabitants to have Spanish surnames. After 377 years, Spain ceded the Philippines to USA in 1898 when Spain lost the war. The Philippines gained independence from USA on July 4, 1946. During World War II, Japan occupied the country from 1942 to 1945 until General Douglas MacArthur liberated the nation. My mother  when she was preparing to become a US citizen said she can sing three national anthems of three countries Philippines, USA, Japan. A brief history why Filipinos are in the USA.

In 2006, I exhibited my Baybayin piece at Kalligraphia. Under the teachers’ advice of VONA(Voices of the Nation) writing conference held at University of San Francisco: to use your heritage in your art or stories. A curator happened to attend , she told me “I’d read an old print article by National Geographic ‘The Lost Alphabet of the Philippines’. I’d been searching for this alphabet to see in real time, would you like to do a solo exhibition?” No questions asked. Usually you submit a form and proposal to get a solo exhibition.

I was stunned to be granted a solo art exhibition since I was a computer programmer and it was only my second group exhibition. Majority of the pieces were Western scripts; some professional artists who’d been practicing their art for 20 to 40 years have never been offered a solo. Me? I was happy to exhibit even in an obscure corner. It paid to create something unique, different, ancient, whimsical and mysterious. I’m grateful to National Geographic, it’s now my favorite magazine.  A shout-out to Faith Ringgold, among my art teachers she’s the only one to exhibit in the mother of all museums the Louvre in Paris; she advised to keep creating art even though they  don’t love you. She’s a feisty black woman who’s currently on exhibition at De Young Museum from July 16 to November 27, 2022.

I first read in The Writer magazine that boondocks (remote faraway place, originated from the Tagalog ‘bundok’, mountain.’ 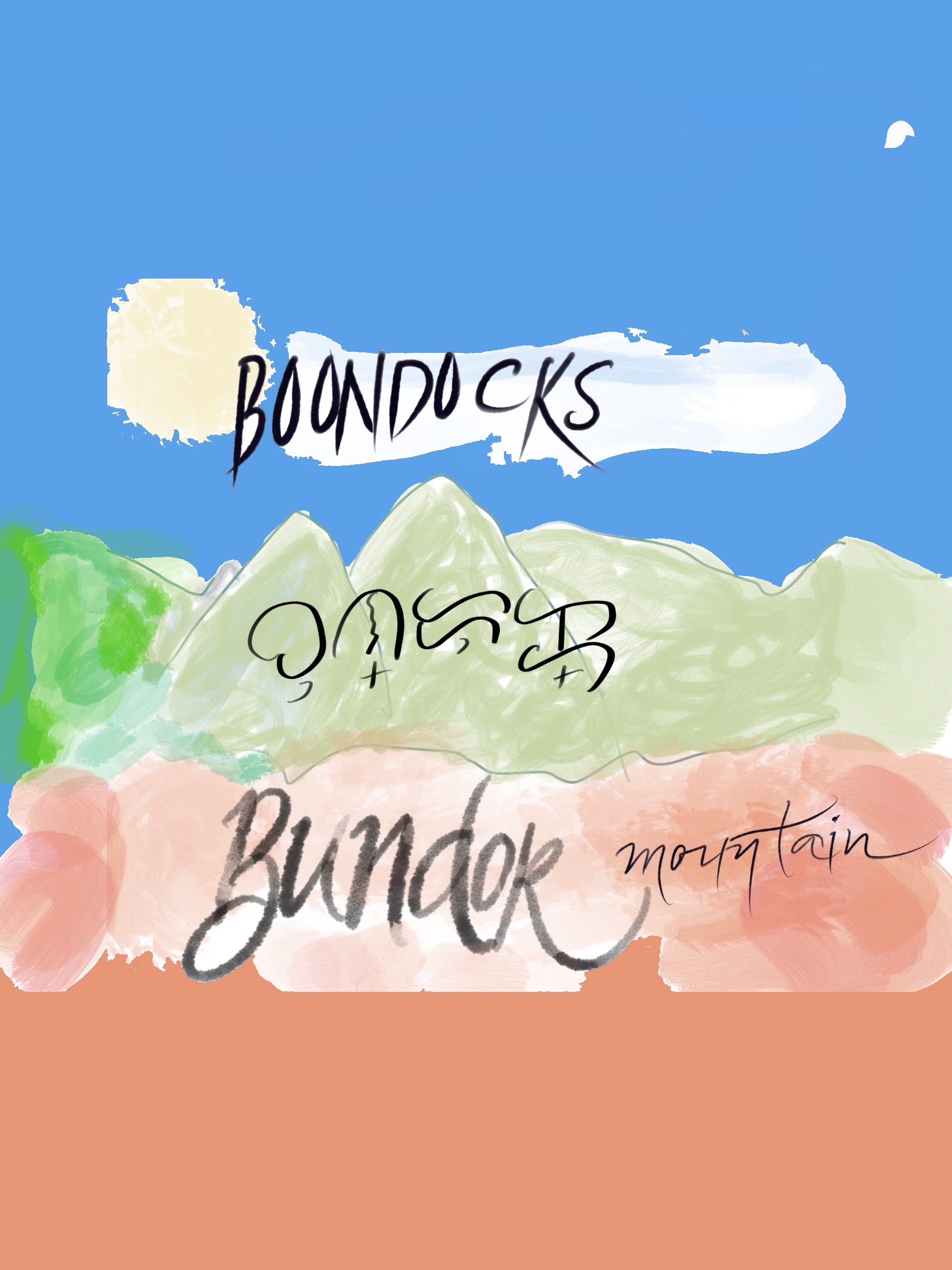 A military guy wrote to his friend he was stationed at a ‘bundok’ country site. The’ Country Song Boondocks Little Big Town was a big hit. In 2005, Boondocks was tv cartoon series.

I’d been reading Bon Appetit  for a long time and  had never seen an article on Filipino food or recipe but the last three years, the magazine has featured plenty of Filipino recipes because food critics predicted that Pinoy food are the next big thing. I’m recommending to check out ABACA  named one of the best restaurants of 2022 by the New York Times. It’s located inside the Kimpton Alton Hotel , Fisherman’s Wharf, 2700 Jones St., SF.

I usually end my story with a serenade but since October is Holy Rosary Month , I stumbled on a conversion story about a badass who became a Catholic priest. His story had me cracking up with laughter especially when he mimicks the Filipino accent. Fr. Don Calloway credits conversion to Our ‘Lady Medjugorje and Filipino women who influenced his entire family to become Catholics. He calls the Filipino women the ‘GREEN BERETS , GOD’S SPECIAL FORCES’. His documentary earned him an Emmy, and he’s an awesome, amazing, engaging speaker and could give stand-up comedians a run for their money. His story can become a movie. He’s also devoted to promoting St. Joseph, as an overlooked saint.

That was great, Thanks for the education