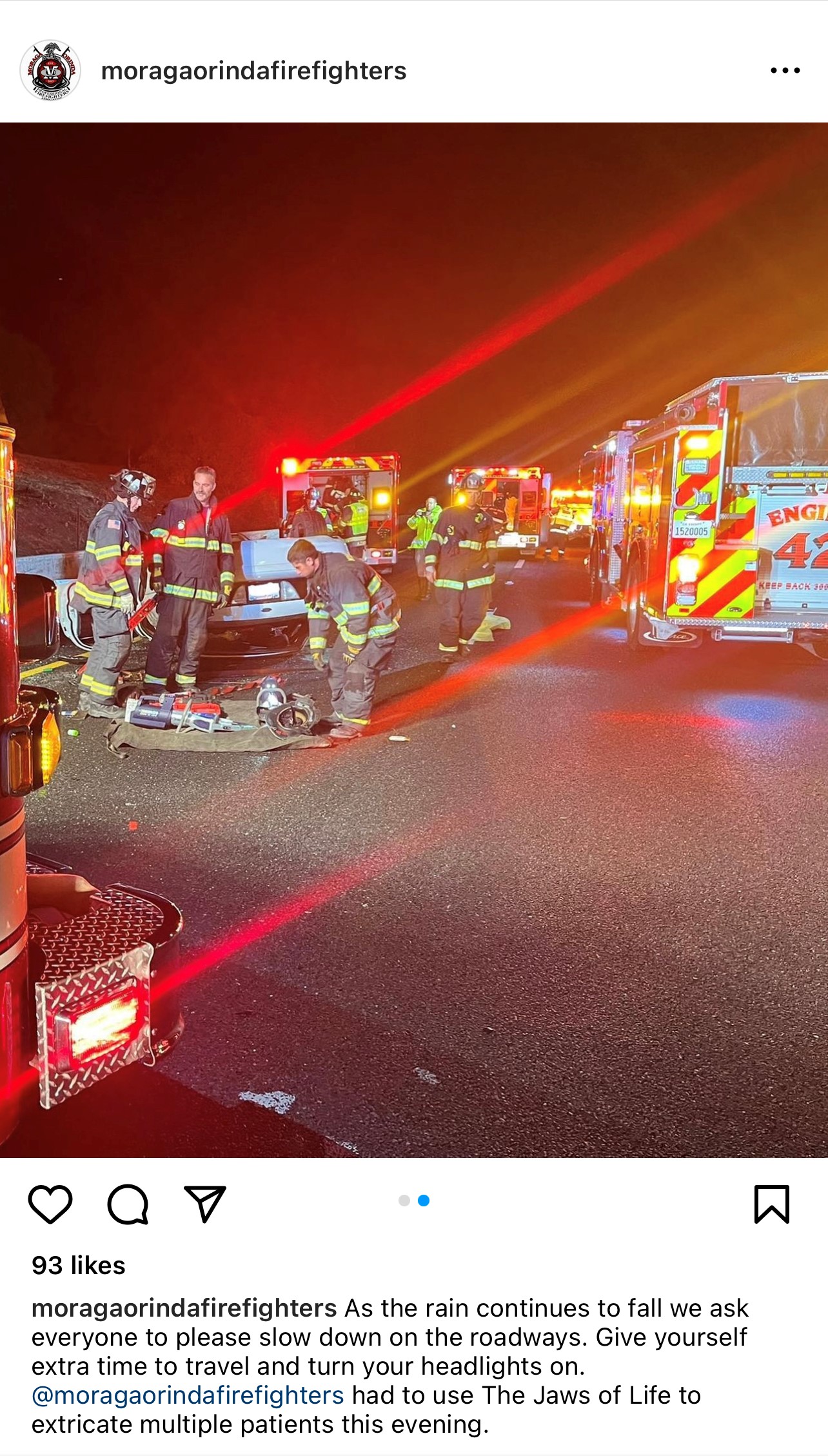 Laura Larson, a sonographer at Kaiser Permanente South San Francisco, vividly remembers the horrific car wreck she encountered in early November and the trapped, badly-injured driver she comforted. She came upon the wreck moments after the car overturned on a busy East Bay freeway and used her own car to block the scene.

“The first thing that I thought to do was to drop down to the floor and help the victim,” said Larson, who takes fetal ultrasound pictures at Kaiser Permanente South San Francisco. Larson says her adrenaline was pounding and she didn’t even notice she was crawling on glass and debris as she shimmied under the overturned car to aid the driver. Her forehead was cut by the glass. She saw the driver was conscious but had apparently crushed his neck.

“The most important thing was to keep this patient still and calm,” she said. 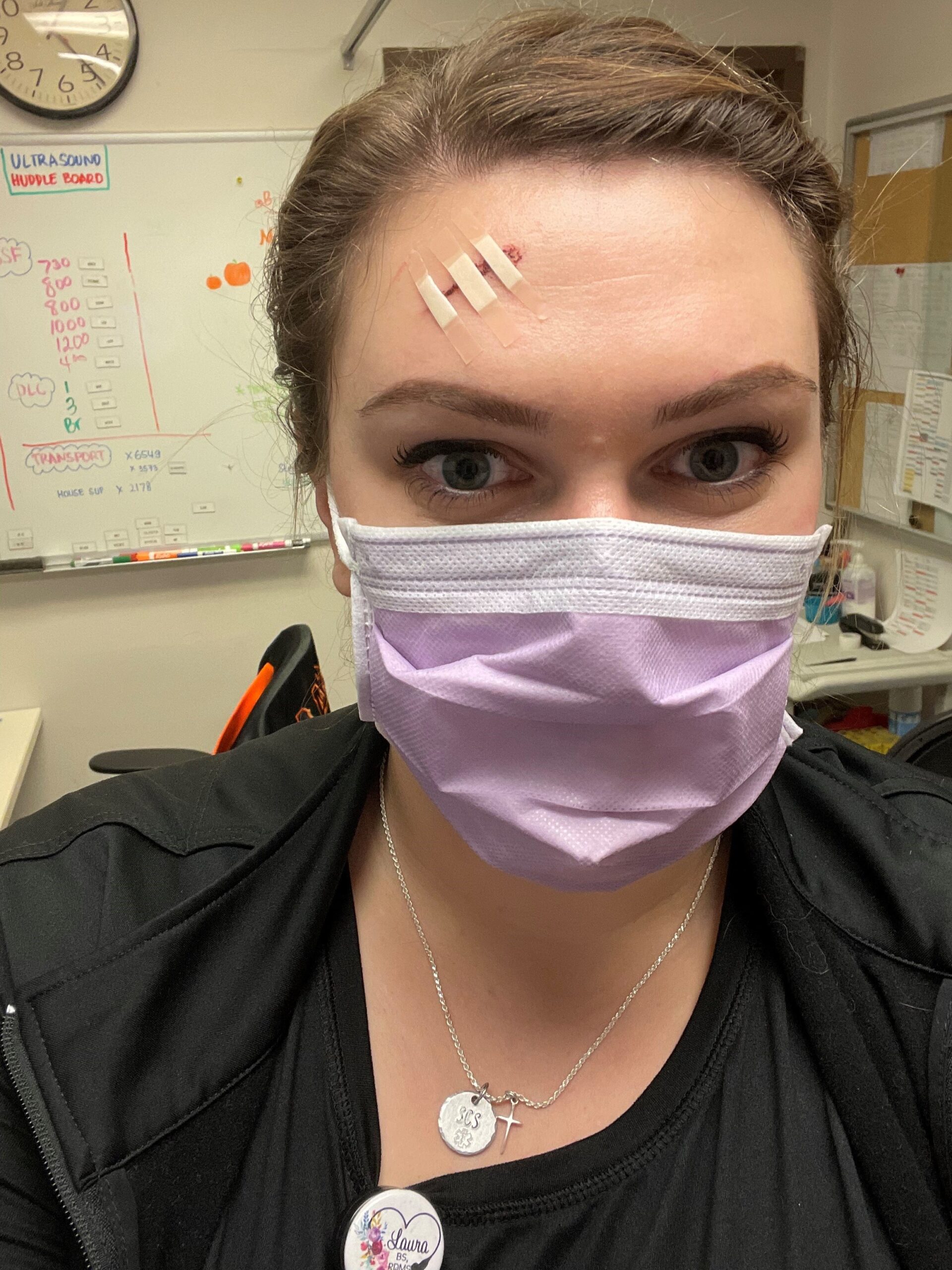 While the injury to Larson’s forehead is healing, her thoughts are not far from those she helped in this accident, wondering how they are healing.

The driver told Larson traffic had stopped suddenly and when he tried to avoid smashing into the car in front of him, he swerved and hit the center divider. His car flipped over, trapping him and his girlfriend in the overturned wreck. Other bystanders called 911 as Larson tried to comfort the driver.

“I told him that I was holding his hand. He looked over and said he could see my hand holding his, but that he couldn’t feel it,” Larson said. “That’s when I knew it was a serious spinal injury.”

The driver asked Larson if his girlfriend was alive. Others on scene had determined she was alive but trapped in the passenger seat. The man said he’d planned on marrying her. Larson encouraged him to propose. He shouted, “Will you marry me?” across the wreck to his girlfriend. She immediately said “yes”.

When firefighters arrived, Larson said goodbye and good luck to the man as he was rushed away. It was then she realized she’d gotten a serious cut on her forehead from the shattered glass on the roadway. The wound has healed, but her voice still quivers retelling the incident. Unfortunately, Larson said she never heard anything further about the accident victim she helped.

“Although my focus and my job was to help, I have not stopped thinking about him,” she said. That’s not surprising to Larson’s manager, Mary McGinty, who says she’s very proud of her heroic actions. 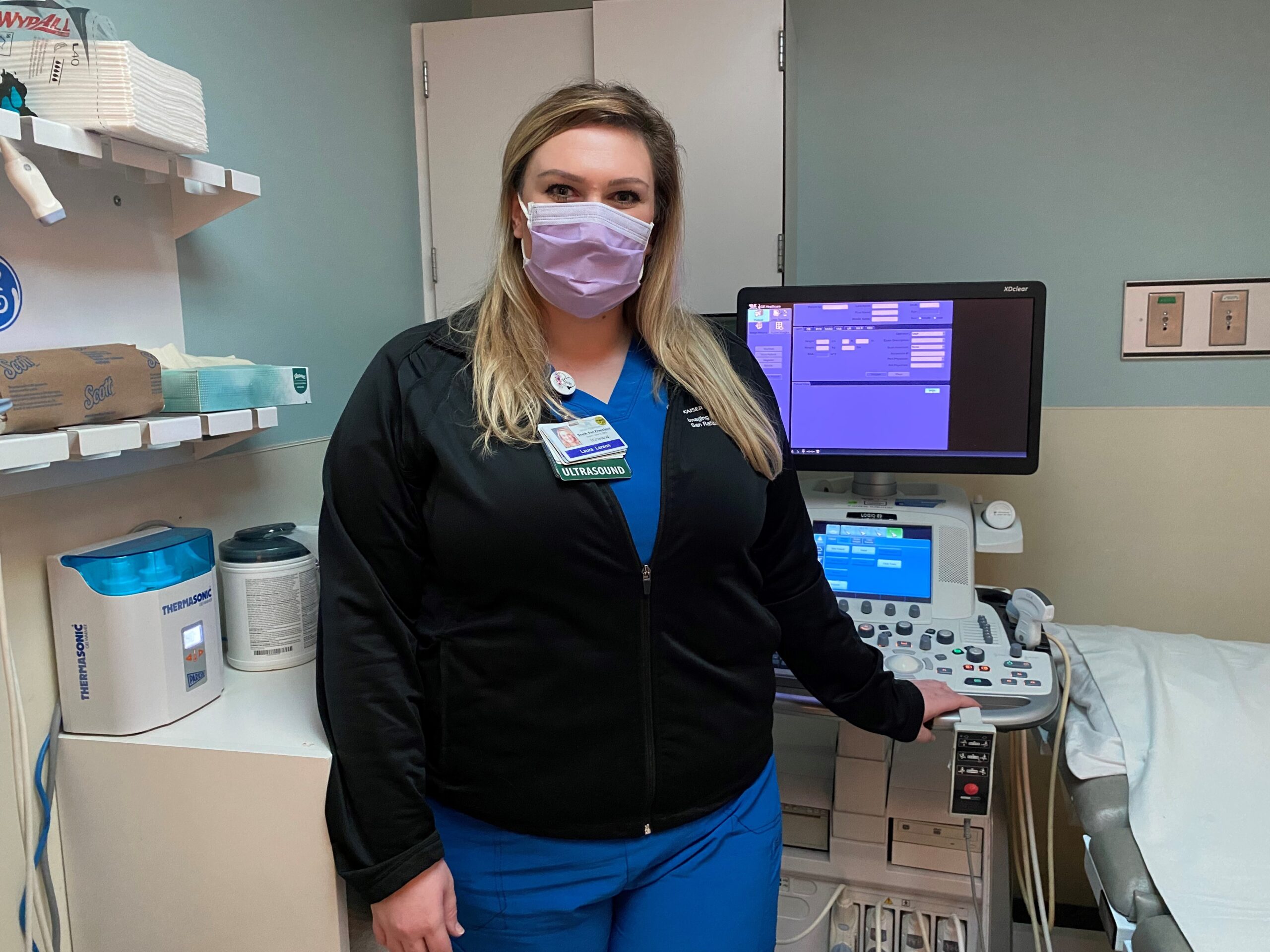 Larson is a dedicated health care provider, on duty at SSF Kaiser as a sonographer

“Knowing Laura’s background and dedication I’m not surprised she stopped to help another human being.  This is what healthcare is about,” McGinty said. “Laura is an asset to our department and to Kaiser Permanente.”

Thank you Laura for your kind heart

Wow, talk about being in the right place at the right time, an extraordinary action by Ms Laura. It is my hope the man and his finance will be ok and have a long and good life together. Is there a way to find out how they are doing, I think it would be a relief to know they are going to be ok.
Michele W.

YOUR AMAZING!! THANK YOU FOR BEING SO CARING ,AND TAKING CARE OF THEM. GODC BLESS YOU, ALWAYS

We ought to give thanks to the Lord for extraordinary people like Laura! She has the very important job of revealing to parents God’s greatest gift to them through Ultrasound; this position completely confirms to others about the sanctity of life! Laura was/is an angel who risked her OWN life to help others. We should all follow her example! God bless you, Laura Larson!