“I’m honored and humbled to be the first female Filipina Mayor for the City of South San Francisco, and now more than ever, we must all come together,” said South San Francisco Mayor Flor Nicolas. “There is much work to be accomplished in this City, and I’m excited to take on this challenge with my City Council colleagues, City staff, and residents.”
Flor Nicolas was elected to the City Council in November 2018. She is the third Asian-American woman elected to the City Council and only the fourth woman to serve in that capacity. Nicolas was born in the Philippines and became a South San Francisco resident in 1988 when she and her family immigrated to the United States.
Her community and public service commitments span over 30 years. They include: All Souls Catholic Church Volunteer, serves as Vice President on the board for the Alliance for Community Empowerment (ALLICE), SSF Day in the Park Committee Member, SSF Housing Authority Board Commissioner, Mater Dolorosa Catholic Church Volunteer, SSF Police Activities League Boosters Secretary, SSF Historic Preservation Commissioner, SSF Conference Center Authority Board Commissioner, SSF Asian Alliance as a Founding Board Member, Scottish Rite Childhood Language Center Board Member, SSF Friends of Parks and Recreation Member, SSF Historical Society Member, SSF Sister Cities Committee Member, and SSF Chamber of Commerce Member
Vice Mayor Mark Nagales grew up in South San Francisco and has been part of the community for over 30 years. He attended local public schools, including Los Cerritos Elementary School, Alta Loma Middle School, and South San Francisco High School. Before being elected to the City Council in 2018, Nagales served South San Francisco as a Parks and Recreation Commissioner and Planning Commissioner. Nagales is proud to be one of the first Filipinos elected in South San Francisco. He has shown a commitment to the residents of South San Francisco by spearheading San Mateo County’s first-ever guaranteed income program, officially launched this year. 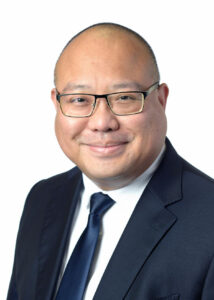 This is SSF City Council politics at its worst. Nagales just served as Mayor for District 2 in 2022. It is unfair for District 2 to have him serve as Mayor once again in 2024, which will disenfranchise thousands of residents in District 4 and other Districts from having representation as Mayor until at least 2025. If in 2024 Councilman Coleman is not elected or does not run for reelection, in 2025 District 4 will again be disenfranchised from having Mayoral representation. Knowing this as a possibility and having just served as Mayor, Nagales could have refused the nomination for Vice-Mayor. This would have been the right and honorable thing to do, to ensure that all members of City Council have an equal opportunity to serve as Mayor. District elections were implemented so that all Districts in SSF would have “equal representation” in South San Francisco. What Nagales has accomplished with this type of political maneuvering is to ensure that equality in District representation will not occur. Regardless of the “rules” mentioned above, this is a power grab plain and simple. Nagales should be ashamed to think that this type of conduct is something that residents in other Districts within SSF will condone as acceptable conduct in our City. Nagales should immediately resign as Vice Mayor and allow others who could have and should have been nominated, be appointed to this position.

Thirty years involvement in the community? Can’t we get some long term residents who actually are invested in the history and soul of SSF? If memory serves me, these two “Newbies” are pretty invested in handing our city over to any industries that find themselves at our doorsteps, without consideration of existing residents. I have to laugh as the outgoing city manager boasts of helping to turn SSF into the biotech capital of the world. This begs the follow-up question, who asked you to? Sure, they shook the usual suspects down for a few handfuls of coin but look at the sacrifices our residents have had to make to their quality of life. All for a few legacy projects that will benefit a few, not the majority. We’d likely say thanks but no thanks but our city government didn’t really make it easy for us to be heard or maybe they just weren’t listening.
Which leaves us with the fact that Mr. Nagales steps down from his service as mayor to his service as vice mayor. Let me go out on a limb and say this has never happened before in the history of SSF city government. As you can see from the convoluted explanation for this action, it doesn’t make sense to those of us without a law degree. Next thing you know, they’ll march out the city attorney, who serves at the pleasure of our city government, to offer his rationale to put a stamp of credibility on this seemingly undemocratic action. What’s that? He already did? Never mind. Seems just as it is with Xi Jinping, some people just won’t step down. I would think that the controversy over this action might have led Mr. Nagales to decline the office for benefit of democracy but I would be wrong. Nothing will stand in the way of opportunity.
So, as is my understanding, SSF has elected officials who made last minute residency changes to qualify for their new district campaign runs and we have an outgoing mayor who will not step down. Dare I say, “South San Francisco, we have a problem?”

We need a City Council that represents the residents. These council members have either been “serving” the city for way too long, or been in politics climbing the ladder of opportunity on the backs of the good South San Francisco residents. When asked why this “teaberry shuffle” occurred when Councilman Nagles just served as Mayor for the past year and now he’s Vice Mayor, I was told “read the memo.” What?
Unfortunately, the city employees forget who they work for and who is paying their salaries.

We need people who are interested in our city, and plan to stay here — not run to Hawaii for their permanent retirement, or use SSF — and the residents — as the stepping stone to further their political aspirations.

We need to take our city back…