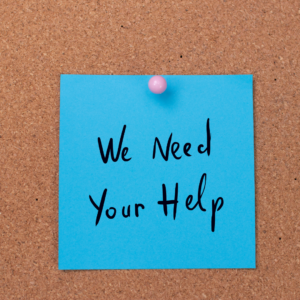 Your help is needed!

If you are not already aware, the Municipal Services Building (MSB), at, 33 Arroyo Drive, in South San Francisco, is slated for destruction and demolition. Additionally, the US Census, in 2022, identified twenty four percent (24%) of SSF’s population count (67,000) as seniors, or 16,080 over 60 years, who live/reside in South San Francisco.

And, since the upcoming South San Francisco Planning Commission meeting on Thursday, January 19th at 7:00 p.m. will address the Municipal Services Building’s (MSB) future, we are asking for your help!

We are asking you, our fellow South San Francisco residents, to voice your support by contacting the SSF Planning Commission (contact information below) to appeal for preservation of the Municipal Services Building (MSB), at 33 Arroyo Drive, to be used as a senior center and multi-use facility for all age groups to use.

California Public Records Act (PRA) requests that we made to the City for construction and engineering reports confirm that the Municipal Services Building is ADA compliant, and that it was built to code. We have been long awaiting additional information requested through PRA requests, from the City, that have not yet been produced.

Moreover, contrary to what we were told by then mayor, Mark Addiego, at a community meeting in 2016 where over 500 residents were in attendance, that the MSB at 33 Arroyo Drive was “unsafe”, the facts are that the multi-function Municipal Services Building still operates and is robustly used by the City, by city residents and visitors to this day, seven years later, as an events center and is home to multiple city departments to name just a few as follows:

8. Activities for infants and toddlers.

10. Large events hall that is used and rented out for community and family event celebrations.

The remarkably large percentage of South San Francisco’s aging population according to the US Census as of 2021 breaks down as follows:

As our aging population (55 years and older) is growing, one senior center located in one part of the City, which caters to, with few exceptions, the infirm, and functions as an Adult Daycare facility is highly inadequate and does not meet the needs of South San Francisco senior residents.

Furthermore, the MSB not only serves our residents but it also serves other cities as well. It has ample onsite parking in this structurally sound building that has historical significance to all South San Francisco residents, past, present and future.

The facts of the matter also demonstrate that sadly, our seniors are participating in other senior centers, in San Bruno for example, and therefore must travel the distance to enjoy healthy social interaction and joyful experiences elsewhere rather than in their own city.

Look at what is happening in our city. Our South San Francisco Planning Commission and the South San Francisco City Council approve each and every development bringing extraordinary revenue in development fees into our city. Yet, what is in these development deals for the community? Not very much in the way of preserving our enjoyment and quality of life with increased congestion and traffic yet we have no dedicated senior center to serve our aging population.

Our residents had no input on the future of the MSB, and this is our opportunity to voice your opinion, your concern and a desire to preserve the MSB.

So, please write or call to speak under the public comment portion of the South San Francisco Planning Commission meeting on Thursday, January 19th at 7:00 p.m. at the Municipal Services Building, at 33 Arroyo Drive, and tell them to preserve the MSB for a senior center that can be used by the seniors and other groups. The decision will be made THIS THURSDAY, JANUARY 19th at the South San Francisco Planning Commission meeting.

Please call in to speak under the public comment section of the meeting and send an email of support to preserve the Municipal Services Building to the following City representatives:

Below is a Sample Letter for you to use:

This is what happens when people vote for prodeath politicians who don’t care for the unborn or the elderly.

Who are these low income housing for really….for the illegal immigrants which many are the cartel bringing lots of fentanyl, human and sextrafficking into U.S.? I wonder? Over crowding our city and highways isn’t sustainable as crime builds up and the seniors are always vunerable to such crimes.

Who is really behind running our city…Freemasons I wonder as we have seen photos of leaders being represented by the Freemasons here in SSF!

I’ll be at the meeting. This is such a great idea and well needed. There is a shortage of space for Senior services plus a shortage for event space in general. And I recall retrofitting done previously. Did the specs change? Thank you for posting this.

If you are still not sure about writing a letter to preserve the Municipal Services Building, let me share some things with you.

Mayor Nicolas is replying to residents saying, “We all know that one of the main reasons why the police department and its communication center was moved to a better location and safe building is because the renovated department store building is aging and maintenance is becoming costly. In the coming years, the fire station will also be moved across the street so that we could have a state of the art fire station, too.”

Mayor Nicolas, please note, that maintenance to preserve and protect our most precious assets is a fact of life. Squandering public funds is a crime. Moreover, spinning narratives to suit a predetermined agenda distorting facts is misleading and unethical.

But, the Municipal Services Building has been in use for the past seven years, is up to code and is ADA compliant – it was safe enough for adult and children classes, meetings, rentals, but not safe enough for our Police Department.

The Fire Station at Arroyo has been remodeled three (3) times, the last being in 2020 at taxpayer expense.
Orange Library is slated to be a daycare.

The Municipal Services Building must be preserved as a senior center, a home for the South San Francisco Historical Society, the Cultural Arts Commission (where artists can rent studio space), a child care center (no need to convert Orange Library), and the Fire Station must remain since we’ve paid for the remodeling three times, for rentals for social events, and a place to enjoy as many residents use it as a refuge, a nice place to enjoy. It has ample parking, and it has historical significance to all South San Francisco residents.

Mayor Nicolas says it’s too costly to maintain this historical building, but listen closely to what Vice Mayor Nagales reveals in the December 14, 2022 meeting (time 1:32)
Vice Mayor Nagales: “One of our last meetings I had with the city manager, he– he gifted us something — he told me that we have $21 million in our east of 101 — east of 101 impact fees. And, we just saw our bike and ped master plan and, uh, we were talking about how we can fund that. So, I guess, um, I’m looking at Sharon here. Sharon, as the year comes up, we really need to focus on how we’re going to spend that money to improve bike and ped especially if we are looking at Class 4 bicycles east of 101. So, let’s make sure we make that a priority and see how we’re going to spend that $21 million in the upcoming year. So, with that, that’s all I have.”

And listen to this meeting yourself.

The biotech was confined to the east side of our city, and now they will have campuses at the Spruce/El Camino Real development (former Safeway).

Our city government, and the City Council, care more about the biotech and the east side workers than they do about the residents that built this city. We have one outdated senior center catering to the infirmed and Adult Daycare residents. The aging population (55 and older) comprise 24% of our population. We need a senior center on this side of the city.
Vice Mayor Nagales in his own words says we have “$21 million” that he wants earmarked and used as a “priority” to make the biotech workers on the east side enjoy bike and pedestrian trails.

What is this, have we, the People, become subservient to the biotech industry????

What about us?
What about us??
﻿
The biotech does not share the burden, so let’s share the wealth. We want the Municipal Services Building preserved as a senior/multi-use building, and we want half of the $21 million ($10.5 million) Mr. Nagales wants for bike/pedestrian paths on the east side earmarked for any future repairs of the Municipal Services Building.
This is our city, let’s take it back!
Cindy

I would really like to see the Municipal Services Building preserved. Haven’t we built and are building enough high density housing that this unique property which holds so much history for so many residents, and is still a functional building with more life in it to serve the local community, does not need to be torn down and destroyed to do what, build yet more high density housing? That building is part of the soul of this community that we have loved and which has served us for decades. Let the quality of life for the SSF residents who already live in this neighborhood, and have lived in for years, matter, and preserve this building for our community to continue its useful work.

I remember going to art shows at the Municipal Service Building. Receptions in the lovely atrium. Taking painting classes there. My mother and father having taken dance lessons there for years. The importance that building has had for me and my family it has had for others, and if you do not destroy it, will have for many others in the future.

It is highly suggested to submit EComments vs sending emails, as it remains part of historical and official records and leaders are more inclined to address public concerns during meetings.
It makes a huge difference, rather than emailing individual members. Council is regularly heard addressing the public during live meetings about concerns submitted through EComments.
Unfortunately, emails do not always receive a response and concerns are not addressed using this method.

MSB offers community and togetherness for so many SSF residents through many services and programs. Can never replace this gem and once torn down, doubtful replaced.

Agree, and as elected officials, there’s an obligation to respond to E-Comments in answering questions and a commitment to addressing and fulfilling public concerns.

I sent an email, and I heartily agree with Cindy and Mina and her comments about saving the Municipal Services Bldg. It’s a wonderful building and can be used in so many ways for community to enjoy.

The MSB was also used quarterly by the school district until the pandemic and may use it for its board meetings again, for fundraisers, and the Golden Apple Awards that every year celebrates leadership and dedication of District teachers.
Here’s the reality, there is plenty of history in this structure and the City is not credible why we citizens should not enjoy it after city offices are vacated..
Let’s preserve the history for the future.
They claimed it was not earthquake safe, but there is no public record of this anywhere, just lore passed on from the leadership. Further, what building in SSF is safe built over 50 years ago?
The City threw millions of grant dollars to preserve the decrepit Grand Ave Library, and City Hall, let’s spare the MSB for the lovely atrium.