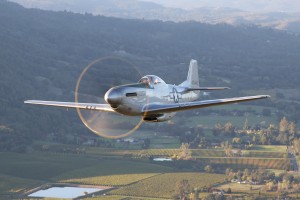 Roger Cain was born in South San Francisco and it is where he still resides today, along with his wife Darlene. Many locals may recognize Cain’s photo work as it has been published in local papers; San Mateo Daily Journal, Peninsula Progress, San Bruno Mountain Watch Conservatory, among others. Cain, a 1977 graduate of South San Francisco High School, had an early interest in both aircraft and in photography.  We decided it was time to talk to the man behind the camera and see what makes him tick.

Wolfe: So Roger, how is it you became interested in planes, was it because they always were flying overhead?

Cain: Yes, maybe because of our proximity to the airport yet mainly I credit my Dad for this lifetime passion.  My dad worked for United Air Lines at San Francisco International as an aircraft mechanic so that we talked on all kinds of related subjects. When I was little, he would take me to air shows at Moffett Field Naval Air Station and other local shows. The car races at Monterey used to also have intermission aerobatics over the course which was always fun to watch.

Silva: So when and how did photography come into your life?

Cain: I always liked to take pictures, and my parents kept me stocked in cameras.  My Mom had given me old Rollieflex type camera where you look down into the camera, and aim straight ahead at your target. From there I had a Brownie, and the 110 of the 1970’s before I got into 35mm.

Silva: So you decided to bring the two together?

Cain: Well I started earlier on since I was never interested in sports such as football or baseball, yet found I liked watching the daring, but calculated, flying that pilots would do at air shows. I started taking airplane pictures in 1974 at the Watsonville Airport. They had a very good antique air show and my dad and I went every year to Watsonville, and then we extended our travels to Merced, Madera, Chino, and the Reno Air Races as regular shows to go to. I still get out to as many air shows as I can.

Silva: Do you have a favorite shot you’ve been able to capture?

Cain:  I don’t have a favorite per se’, but one of my favorites is over the Sonoma area. We had launched from the Sonoma Valley Airport, aka Schellville, and had just finished shooting air to air of three World War II airplanes from a vintage WWII medium bomber trainer when one of the planes, a P-51 Mustang, flew next to us and I shot a couple of slow shutter speed pictures, thus after getting home, the lighting and background along with the prop arc made it one of my top five favorites. (see attached flown by George Perez)

Silva:  How does this issue with Schellville impact you?

Cain: I fly in and out of Schellville Airport for photoshoots and pleasure, and also take pictures of planes taking off from the same runway that has become an issue. Anyone can safely stand there and take pictures, or just watch the planes fly from a safe area. We will loose this opportunity to enjoy any of this if this runway at Schellville is closed due to the fence.

Silva: Where can the general public view more of your incredible work? 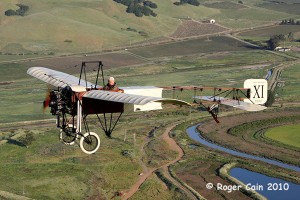 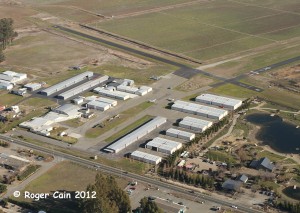 Roger, enjoyed getting to know you sum better at IA27 this year. Too bad about all the damn rain. It got the better of me and when it rained more on Sunday, my knees didn’t like it and I headed for home. Maybe better WX next year?

[…] July 2012 Everything South City was able to take flight with our local professional photographer ROGER CAIN. We flew out of Hayward Airport on a Cessna and took to the skies above Hayward heading towards […]