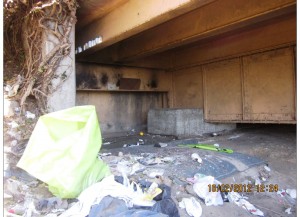 Homeless Camp beneath the overpass Hwy 101

As the City of South San Francisco continues big plans to bring renovations to the downtown area, neighbors have continued to complain about homeless encampments that have sprung up along the freeway entrances. Recent calls to the city’s code enforcement office brought about a quick response resulting in a cleanup effort that included California Department of Transportation and California Highway Patrol.

“There were two camps removed along the freeway at East Grand Avenue and Airport Boulevard” reports Code Enforcement and Safety Officer Tom Carney. “Crews worked to remove two truckloads of trash, which is a total of 14 yards.”

While there is much empathy for those that are suffering in this downward economy, Carney points out the many services we have in our communities. “We always want to give people options, places they can go to get the services they need.  We realize many of us are a paycheck or two from serious financial problems. We make sure resources are given to anyone we come across.” 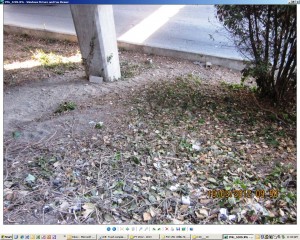 Homeless camp area after the cleanup 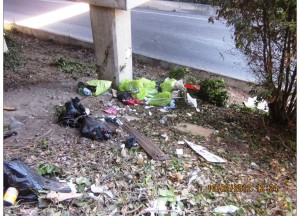 Part of the homeless camp area before clean up

The city is committed to seeing progressive changes to the Grand Avenue and downtown area. A recent community meeting was held by city staff and officials outlining some of the plans on the drawing board.  Another meeting will be held in November at the Magnolia Senior Center.  For more information on public outreach for the downtown upgrades contact the city manager’s office at (650) 877-8500.

For those that are interested in joining up with other volunteers committed to a better city, the Community Preservation Task Force meets the second Wednesday of every month at noon at the Betty Weber Room at the Municipal Services Building 33 Arroyo Drive.  More info: (650) 829-6656