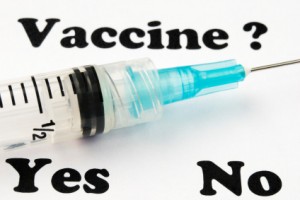 Flu shot; Yes or No?

News of a serious flu season hitting other states has made the headlines the past few weeks while more hospitals are setting up triage areas in parking lot tents and using waiting rooms as hospital wards. Some experts predict the season will continue to get worse as records show January and February as two months that generally see high numbers.  Some locations are running out of vaccinations and others are encouraging people to get their injections as soon as possible, especially those in the high risk group; infants, children, elderly, and those with suppressed immune systems.  The vaccine does take about two weeks before it is fully effective.

This season’s flu is described to hit a person out of nowhere bringing about body aches and fevers, respiratory problems, and exhaustion. For those at high risk, if conditions are caught soon enough there may be some anti-viral medications that may help such as Tamiflu which need a doctor’s prescription. For most folks keeping hydrated and rested is the best course of action, as well as keeping isolated from others. A person can have the virus for 24 hours prior to any symptoms coming on and can be actively contagious for up to two weeks.  It is best to be symptom free for twenty four years before mixing in with the general population after having the flu.

The best protection for everyone is to continually sanitize your hands and common areas; desks, keyboards, door knobs, all areas open to others.  A person’s sneeze can spread the virus up to six feet and the virus will remain alive and active for up to eight hours.

While California has not seen the high level that other states are reporting, it is important that precautions are observed to protect yourself from becoming a statistic in this year’s flu season. The flu vaccine is still available locally with more information coming directly from your health care professionals.

The dialogue that has continued to be explored revolves around who should be getting vaccinated.  This leads to the question; should health care workers have mandatory vaccines? Teachers? Students?  Store clerks? Restaurant staff?  Everyone? With more and more companies no longer offering sick leave many are forced to work even when ill putting those around them in jeopardy. Many companies in the United States have seen a deep dip in production as workers call in sick. To date 47 states is reporting widespread flu activity, with Minnesota reporting 23 deaths. Nationwide 20 children have died from the flu this year. The CDC estimates the flu kills thousands every year.

California has not been as severely hit yet those that believe they need a flu shot should by all means get one. For everyone the best take away from this information is the need to be proactive with hand washing, keeping your hands away from your face, sneezing into your arm, staying clear of those that are sick. A bowl of mother’s chicken soup may also be good advice.

From the CDC weekly update

As a result of the end of year holidays and elevated influenza activity, some sites may be experiencing longer than normal reporting delays and data in previous weeks are likely to change as additional reports are received.

During week 1 (December 30-January 5), influenza activity remained elevated in the U.S., but may be decreasing in some areas.

A description of surveillance methods is available at: http://www.cdc.gov/flu/weekly/overview.htm