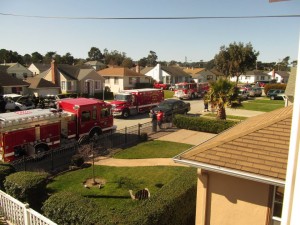 The accident today at 722 W Orange had a large response.
Photo: V. Vance

Emergency crews responded to an auto accident when a neighbor’s car ran into the house at 722 West Orange Avenue.   The accident occurred a bit before noon today.  ESC was advised there were no serious injuries even though there was a large emergency response.  (BC17, E61, E62, E64, PT61, SQ65)

Substantial damage was done to the driver’s car as well as the parked vehicle in front of the home.  It is yet to be determined if any structural damage was done to the home, however some serious repairs will be needed for the house and the yard landscaping.  “This could have been much worse” Vinny Vance said as he surveyed the damage across the street from his home.

South San Francisco Fire Department has responded to at least one auto accident per day this past week even though the road and weather conditions have been good.  Below are the incidents reported via FireDispatch this past week. 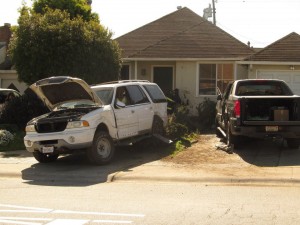 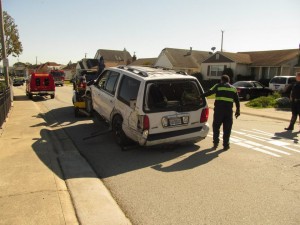 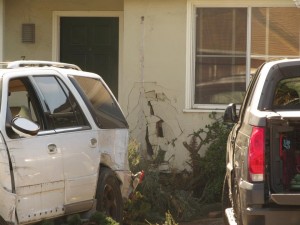