Heads up if anyone has additional info please contact SSFPD 877-8900 or anonymous tip line 952-2244
On Saturday morning, May 11, 2013 at about 9:30a.m., a male resident of Bellflower, CA was sitting in the lobby of a motel located on the 300 block of South Airport Boulevard when the suspect, Jesse Katches, approached him and asked to use his phone. When the victim refused, Katches forcefully grabbed the phone, which was being held by the victim, and attempted to pull it away from him. The victim was able to hold onto the phone which caused Katches to lose his grip.

Katches fled the scene on foot but was located a short distance away by South San Francisco Police Officers. While attempting to evade the officers, Katches ran across the vehicle traffic on Highway 101. Several motorists swerved, and one drove her vehicle into a guardrail to avoid striking Katches. Katches continued to flee, but was apprehended .on the other side of the highway, where SSFPD officers were waiting for him. Katches was taken into custody without incident and booked into the Main Jail. The victim was not injured during the attempted robbery.

Anyone with information about this attempted robbery is encouraged to contact the South San Francisco Police Department at (650) 877-8900. 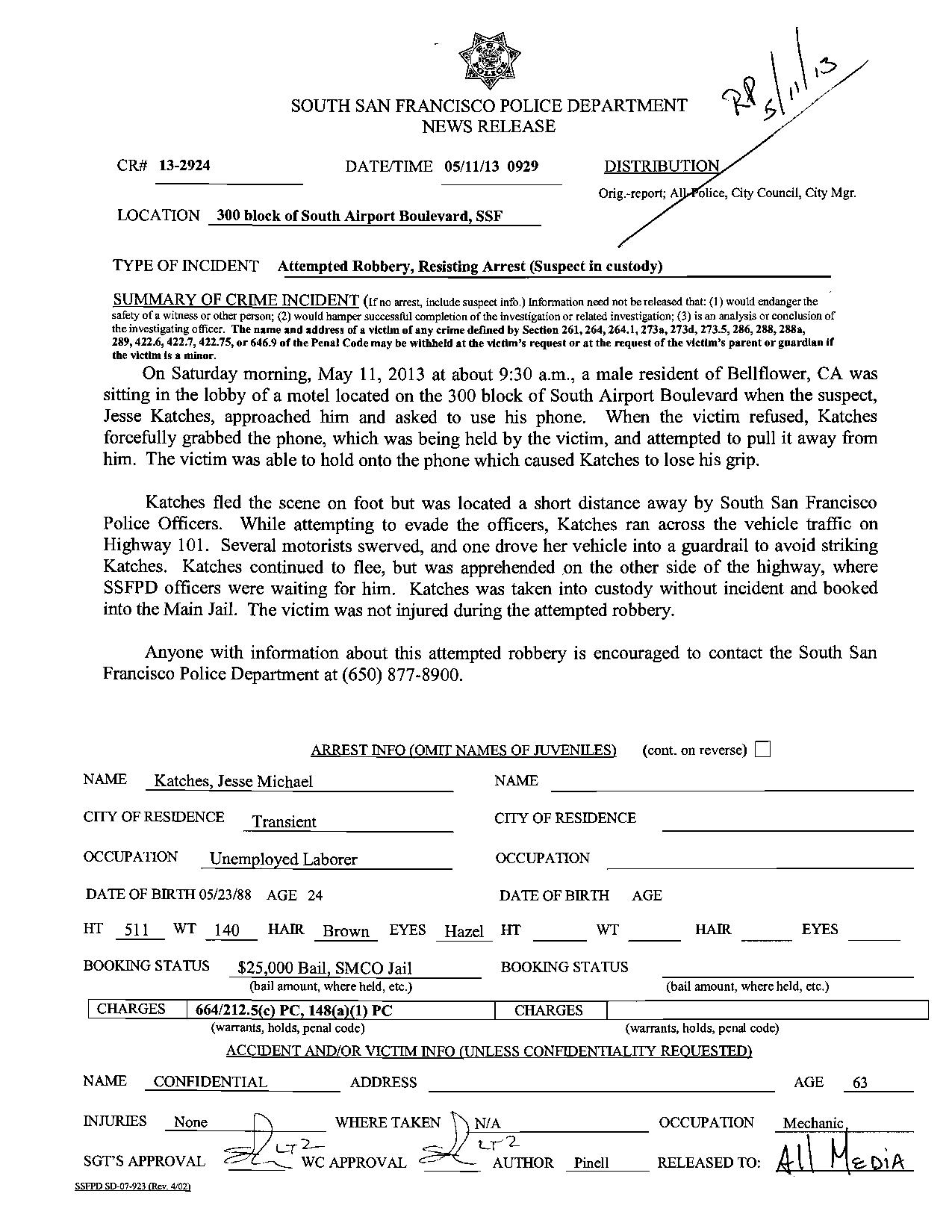