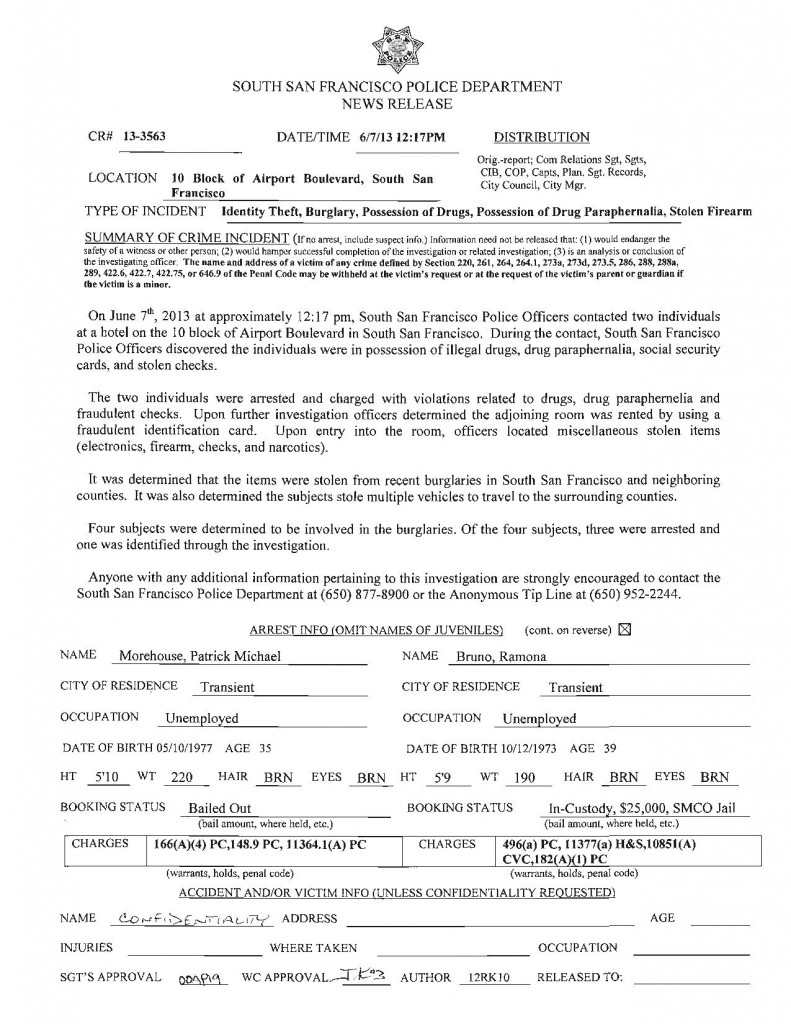 The two individuals were arrested and charged with violations related to drugs, drug paraphemelia and fraudulent checks. Upon further investigation officers determined the adjoining room was rented by using a fraudulent identification card. Upon entry into the room, officers located miscellaneous stolen items (electronics, firearm, checks, and narcotics).

It was determined that the items were stolen from recent burglaries in South San Francisco and neighboring counties. It was also determined the subjects stole multiple vehicles to travel to the surrounding counties.

Four subjects were determined to be involved in the burglaries. Of the four subjects, three were arrested and one was identified through the investigation.

Anyone with any additional information pertaining to this investigation are strongly encouraged to contact the South San Francisco Police Department at (650) 877-8900 or the Anonymous Tip Line at (650) 952-2244. 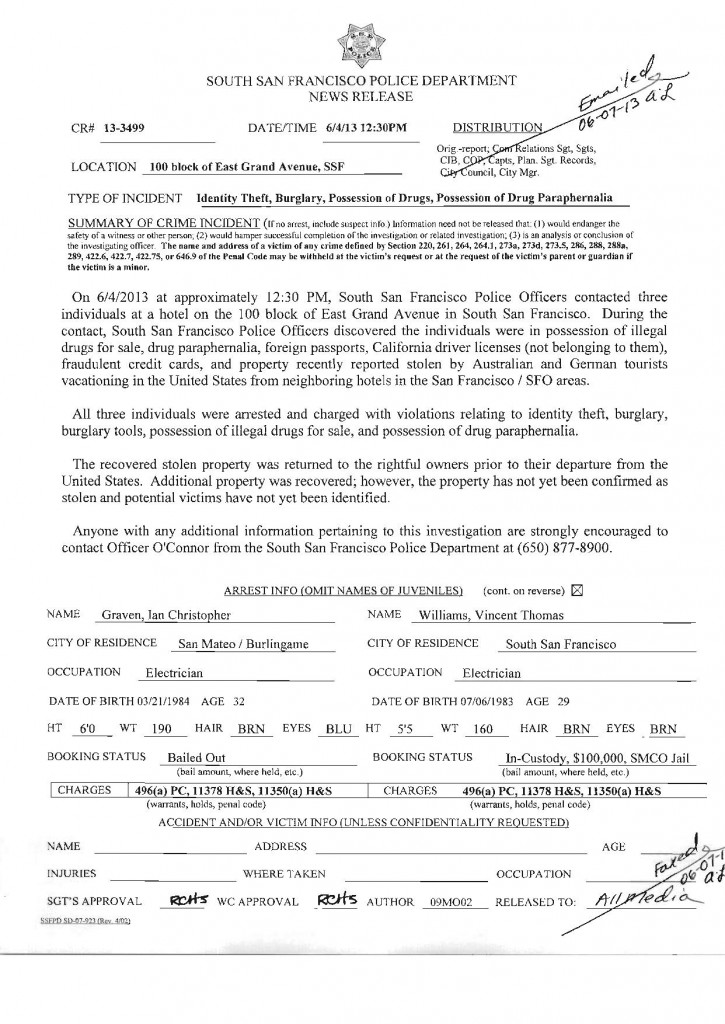 All three individuals were arrested and charged with violations relating to identity theft, burglary, burglary tools, possession of illegal drugs for sale, and possession of drug paraphernalia.

Anyone with any additional information pertaining to this investigation are strongly encouraged to contact Officer O’Connor from the South San Francisco Police Department at (650) 877-8900.