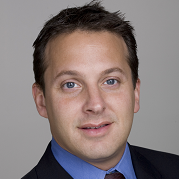 For a long time—even as recently as 2011, the year it went public—Solazyme (NASDAQ: SZYM) described itself as a renewable biofuels company. The South San Francisco firm said it wanted to use its secret, heavily engineered strain of microalgae to convert feedstocks like sugarcane into oils inside huge industrial fermentation vats. It boasted of producing tens of thousands of gallons of algae-derived diesel and jet fuel for test customers like the U.S. Navy.

These days, not so much. Today the company calls itself a “renewable oils” company, and sells algal oils for products like sunscreen, anti-aging moisturizers, and veggie protein powder. The hope, eventually, is that it will be possible to use the same strains of algae to make petroleum substitutes at industrial scale. But that plan is on the back burner.

At the moment, says co-founder and CEO Jonathan Wolfson, Solazyme is focused on gaining a life-sustaining foothold in niche markets where profit margins are higher and the cost of entry is lower. One of those is cosmetics; another is nutritional supplements.

It’s a refocusing effort that Wolfson described in detail in a long interview with Xconomy on June 14, and also in a New York Times feature article that appeared June 22. While it may sound like there’s a big gap between cosmetics (Solazyme introduced its Algenist line of skin care products in 2011) and renewable diesel fuel, Wolfson objects to the idea that the company has pivoted away from the biofuels market. He says the company began developing cosmetics and nutritional supplements as early as 2005, and that “it was always part of our strategy” to explore these related markets on the way to making biofuels.

Indeed, Xconomy’s national life sciences editor Luke Timmerman taste-tested some of the foods Solazyme was developing back in 2010. And investors seem to be willing to give Solazyme the time it needs to build a reliable revenue stream before it takes on bigger challenges. The company’s IPO debut in May 2011 at $18 per share earned it a cool $197 million; after a three-month trading frenzy pushed the share price as high as $25, it later settled into the $12 range and has mostly stayed there. Like most developmental-stage companies, it’s burning cash fast (net losses totaled $25.8 million in the second quarter of 2013), but it’s also adding making measurable progress, hitting almost $5 million in product revenue in the second quarter and adding production capacity in collaboration with partners like agribusiness giants ADM in Iowa and Bunge in Brazil.

But exactly when Solazyme will be ready to steer back toward its biofuel dreams is unclear. (The “Sola” part of its name reflects the company’s original, long-since-abandoned goal of using photosynthesis to power algal growth.) Wolfson says cosmetics, specialty chemicals, and nutrition could be come big businesses all on their own—but he thinks stopping there would be a disappointment.

“We could build a very big company without being in fuel, but we have no intention of doing that,” Wolfson says. “Fuel is very important to us. It was the reason we started the company, and it will be a critical focus for us, because it provides an amazing market opportunity.”

An abridged version of our conversation is presented here.

Jonathan Wolfson: Fuels is the reason we started this company. Fuels is still an enormous part of the focus of this company, and that hasn’t changed. What has changed is a deeper understanding about what we do.

A few years after we started the company, we had a couple of technology fits and starts. We had to modify the technology substantially from what we originally envisioned, and we had to go back to our investors and get the support to try another technology path with microalgae. Anyway, there is a point at which you realize it’s not about the technology, it’s about the product.

We are not an algae company, we are a renewable oils production company, and our goal is to drive the produce cost and the scale of renewable oils down to a place where it makes sense for fuel. Once you start to redefine yourself as an oil company, you start to say, this is going to take real time. We make triglyceride oils, which are the fourth most abundant liquid on the planet, and they go into multiple markets: they are used to make biodiesel but also pharmaceuticals, cosmetics, nutritional supplements, specialty chemicals, specialty foods, bulk chemicals, and bulk foods. If you really care about fuel economics and you want to still exist as you come down the cost curve, you have to get into other markets.

X: Why cosmetics, rather than pharmaceuticals or something else?

JW: We dismissed pharma very quickly because it takes a whole set of competencies. It’s very hard to be a pharma company and something else at the same time. What is the antithesis of fuel on the economic side, but is still something we can tackle? The answer was cosmetics and nutritional supplements.

If you want to be around to make fuels, you have to start to look at the specifics of other markets. [At this point Wolfson drew a table on the whiteboard with fuel and cosmetics on one axis, and market measures—market size, market risk, profit margin, and capital requirements—on the other axis.]

Take fuels. It’s the biggest market on the planet, so it gets a big “check” for market size. Because fuel is a commodity, there is zero market risk—another check. But for margin, you are going to sell it for the same prices as everyone else’s fuel, so it’s not your best margin. So that’s a minus. And you have to build a big, dedicated plant, so it has significant capex [capital expenditure] requirements. Another minus.

Then take cosmetics. The market size compared to fuels is tiny, so it gets a minus there. The market risk in cosmetics is huge—I have to convince you to buy this product on the shelf versus the thing right next to it. So that gets a minus also. But guess what? The margins in cosmetics are great. So it gets a check. And at a high level, we do industrial-scale fermentation, almost the way biopharma drugs are made—you put a microbe in a stainless steel tank with a carbon source, the microbe eats the carbon source and produces a material, then we take the algae out and use standard extraction equipment to get the oil out. We could do all of that by renting fermentation capacity, even at a high rental fee, and still make money. So the capex is fantastic for cosmetics. That’s a check.

So you realize that for fuels and chemicals, the checks and minuses are completely inverted. High margin, small market, low capex is where you start if you are going to be around at the end. Small market because you are not going to be able to produce much and … Next Page »

Wade Roush is Xconomy’s chief correspondent and editor of Xconomy San Francisco. You can subscribe to his Google Group or e-mail him at wroush@xconomy.com. Follow @wroush