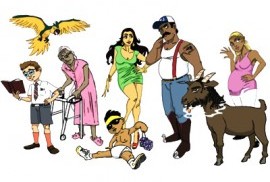 Well that seems to be an understatement as Menjivar is the co-creator of the animated ‘The Guzman Show’; a very funny, over the top, edgy, politically incorrect, raunchy show. Think ‘The Family Guy Becomes Latino’.  The latest episode makes fun of the whole Kardashian pregnancy. “It’s definitely not for those easily offended, but if you like Family Guy or South Park, then you will think it’s funny” Menjivar explains.

After watching a few episodes, we have to agree this show is going to make it big time. And to think this idea was conceived while Menjivar and her sister, Claudia Menjivar, the show’s co-creator, were on their way to the gym one day. “My sister said ‘Hey, wouldn’t it be funny if there was a family guy for Mexicans but instead of a dog they had a goat?’ I started laughing so hard and then said, “Hey!!! We can do it!”

With Erica’s boyfriend, Soyel Sheen Gon, on board the show began to take shape. “I come from ten years in the video game industry (Sony PlayStation) so I know how much entertainment sells.” Ericka explains “My dream for The Guzman Show is to be as well known as Annoying Oranges and eventually make its way to TV. We will come out with a mobile app for iPhones soon, so I am looking at my cartoon as an interactive cartoon using all forms to stay connected with our growing audience.”

With an amazing team and an amazing animator this show is ready to hit the next level. “Currently, we are looking for a partnership that can help us take this to the next level, since I am funding this myself at the moment.” Ericka told us “The startup budget needed is between $50,000 and $100,000 with us growing as our funding grows. We really look forward to putting out more episodes more often. But we mainly started this because this is what we love to do and it’s true, laughter is the best medicine.” When we asked her how much her own humor came into play she told us, “I don’t consider myself that funny even though many people tell me I am. But I LOVE comedy and I love bringing in local stand up comedians to do voices, because I give them the freedom to improv a lot of the lines. We all enjoy working together creating this and look forward to the next step; we know this is going to go big!”

And we know so too, so be sure to check it out at http://theguzmanshow.com  and follow them on Facebook https://www.facebook.com/GuzmanShow But remember this show is NSFW (not safe for work) so enjoy it on your own time on your own devices!

A native San Franciscan, Erica comes to the project having previously spent 10 years in the video game industry, working for such notable companies as Sony Playstation. After discovering her passion for film, Erica first lent her expertise in marketing and public relations to the film Una Pelicula de la Mision (Mission Movie), directed by Lise Swenson, which went on to win Best Feature at the New York International Latino Film Festival in 2004. She is co-creator of Cardboard House Productions and The Guzman Show.

A native San Franciscan that graduated from Ex’Pression College in Animation and 3D modeling. She currently works at SiXiTS Inc., a company that specializes in mobile apps. She is also co-creator of Cardboard House Productions and The Guzman Show.

A native from East Los Angeles. He moved to the San Francisco Bay Area after high school, and is the owner and proprietor of a local distribution company. He has been a lover of animation since he was a boy, and took animation courses at Cal Poly. He is also a big fan of stand-up comedy. He is co-creator of The Guzman Show.

Originally from Los Angeles, California, he has been living in the Bay Area on and off again for the past 10 years. Having attended classes at the Academy of Art university majoring in Illustration and Animation, he now currently works as a freelance Flash Animator, most notably as the lead animator for the Guzman Show. Past projects have included music videos for Bay Area bands, and animating pilots for the Fox Cartoon Network.

A Producer for film, and mobile games. She is the owner of Jus Guerrilla Films, and Justastic Interactive. She has produced and directed short films; most notably, “Surprise”, nominated for best short film at Indie Fest 2010. Her career spans from Sony Computer Entertainment where she was a Producer and writer for many popular video games and marketing media for PS1 & 2, to Industrial Light and Magic where she helped coordinate R&D issues for hit films like Transformers, Pirates of the Caribbean 2 & 3, and Harry Potter. Her focus is developing new IP’s for multi-media platforms and mass appeal.

Is a San Francisco Bay Area native with 10 years of video production and TV broadcasting experience. Recently he has been active in digital filmmaking taking on the roles of writer, producer, director and acting(when needed). Jesus also spent a lot of his childhood in the Guadalajara area of Jalisco, Mexico and his work and style reflects his experiences living in both countries. In addition to video and film, he is also involved in event promotions in the Bay Area such as, art exhibitions, Lucha Libre, music shows and fundraisers. 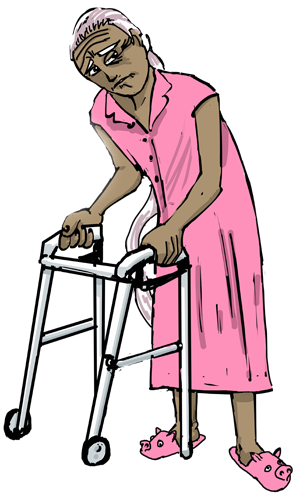 ABUELITA GUZMAN
The maternal Grandmother of the family who loves her dear Bird to the extreme. Too extreme. It doesn’t seem right. She takes that bird everywhere and you’d think they’re married. She seems stoned a lot and laid back with very little to say… but she can be super tough and will throw down if someone is messing with her dear Bird! She is a bit senile and spends a lot of time watching her favorite Mexican Soap Operas.

A traditional macho-type father that is a little oblivious to things going on around him. So he can be really insensitive. He has a tough exterior, but also has a soft spot for his family when they aren’t testing his patience! He is the man of the house and his Mexican traditions and family are everything to him. He does have a temper though!

MAMA GUZMAN
(GUADALUPE)
A sassy and sexy mom that holds the family together. She will defend her family to no end, but knows how to also keep order in the house when necessary. She has a little bit of a she-devil in her, a lot of sas, and is street smart. She has at least one big skeleton in her closet though!

ROSALINDA
The Guzman’s teenage daughter. She is the mother of Baby Cholo and has another one on the way. She searches for love in all the wrong places and is constantly sneaking in her boyfriends. She is not that witty and is a typical teenager, but loves her family dearly 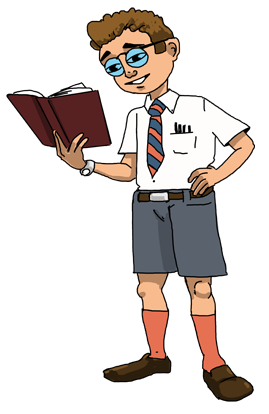 PEPE
The Guzman’s tween son. He is completely opposite to the rest of the family. And in later episodes, it will be revealed to the audience that he is not really Papa Guzman’s biological son. Papa Guzman is always oblivious to that fact. Pepe is a nerdy bookworm, geeky kid and loves school and science and does not agree with the family’s traditional Catholic beliefs. Sometimes it seems that he’s the only voice of reason in the family. 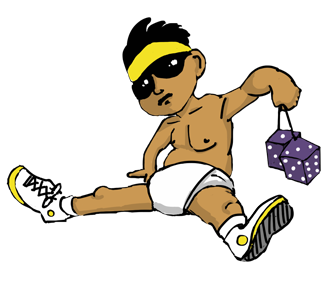 BABY CHOLO
Baby Cholo is Rosalinda’s son and the Guzman’s grandson. He is the silent thug gangster type. He is constantly cocking his guns and giving illegal drugs to the grandma. 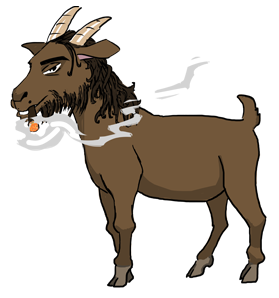 THE GOAT
The Goat is Papa Guzman’s best friend, like a family dog. He just happens to be a goat that was initially bought to be made into Birria ( a traditional Mexican Goat Stew) but is now a part of the family. He protects his family and knows exactly what everyone is up to at all times. The thing is, Bird is often getting him into trouble! He gets beat up a lot. 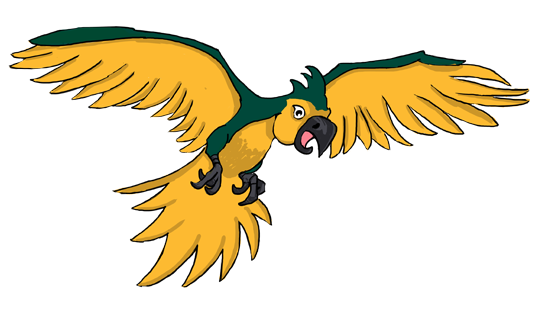 THE BIRD
The Bird is Abuelita’s pet and is the little troublemaker of the family. The Bird tends to spill a lot of secrets of the family at inappropriate times. He likes to push Goat around, and seems to boss Lita around too. Heís the boss!

← Overrun with cable lines; what’s a neighbor to do?
Photos from around town →
0 0 votes
Article Rating
Subscribe
Login

This is based on a mexican american family! Erica is Salvadorian, WHO WILL YOU BELIEVE?

I was never going to speak out and say anything but feelings change. The whole thing was my idea but Erica claims that it was hers I thought of it, Most of the characters besides three or four, were are based on my original drawings. Not only was it my idea but I thought of it a whole year before she claims. This not an attempt to get any money compensation nor do I wish to get back on the project. I just want every body to know the truth

You are such a pathetic liar.

I THINK THE GUZMAN SHOW IS TOTALLY HILARIOUS AND A GREAT EXAMPLE OF OUR HERITAGE AND HUMOUR. OUTSTANDING CHARACTERS, WHOM I’M SURE WE CAN ALL RELATE TO IN OUR PERSONAL FAMILIES,AS WELL AS FRIENDS. I SO LOOK FORWARD FOR THE NEXT EPISODE AND THE NEXT & NEXT. MUCH SUCCESS TO ALL OF YOU. IT SEEMS AS THOUGH EACH ONE IS FUNNIER, THEN THE LAST. “FANTASTIC JOB”