ESC has worked to encourage our neighbors to come out and vote as this is a very important local election. We have 4 out of 5 city council seats to be filled in this November 5th election.  Thanks to San Mateo Daily Journal and the question answer they have provided on each candidate to allow us a better idea of our candidates beyond the statement they submitted when they filed for their campaigns. More information for Kate Mac Kay can be found on the SMART VOTER Website HERE.

These questions are directly from The San Mateo Daily Journal

What measures should the city take to better downtown?

Kate MacKay: First: Move the soup kitchen off Grand Avenue, across the freeway, into the industrial park, where businesses are not reliant upon walk-up business to remain viable. Second: Change the zoning in the area to limit hotels to limited-stay, tourist-oriented facilities. Third: Court upscale shops/boutiques to open in the area.

What can the city do to encourage use of the ferry terminal?

Kate MacKay: Marketing and expanded service: Focus on recreation will bring commuters. Add a Saturday service every four hours from 9 a.m. to 1 a.m., once a month, to promote shopping, dining and entertainment until it catches on. Promote it on cable, at BART stations and on billboards.

Do you think the city has taken the right approach to development throughout the city?

Kate MacKay: No. The industrial park is the only area in which the city has created an improving environment. Places, such as Westborough, have had newer residential projects that don’t match the existing neighborhoods nor do they complement them. There are distinct patches of one style here and another there.

What is one ordinance or fee you would like to see repealed?

Kate MacKay: The fireworks ban isn’t working. All it does is reduce the fun of law-abiding citizens. I would like to bring back “safe and sane” fireworks. The traditionally illegal ones are all over the place on Independence Day, so why not legalize the usually legal ones?

Do you think the city has made fiscally responsible decisions?

Kate MacKay: Absolutely not and I cannot cover this in less than 50 words. Our massive reserve is currently in short-term treasuries at 0.5 percent interest, compounded twice annually. We are losing ~1.5 percent in wealth, per year, to inflation. We have no CFA on staff and, with almost $100 million invested, we should. 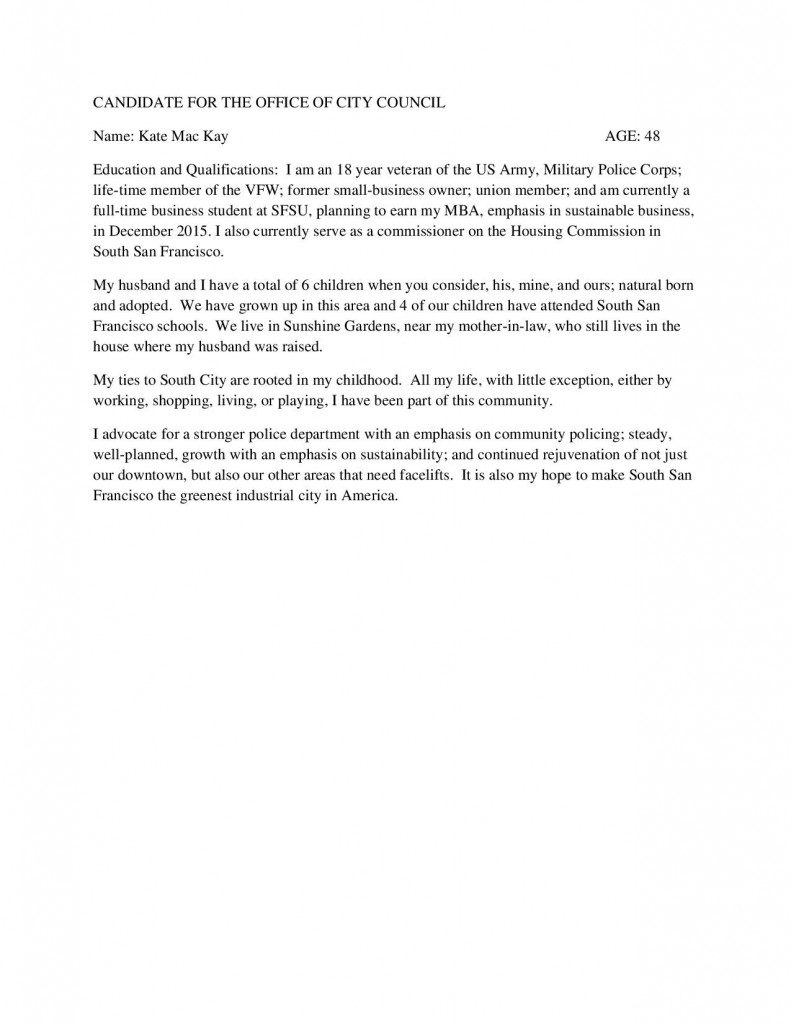 Thanks for posting these.