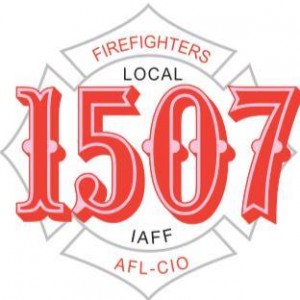 South San Francisco Firefighters have once again joined in the fundraising efforts to support the Alisa Ann Ruch Burn Foundation. Everything South City has posted quite a few articles on this organization and how our local firefighters continue to find more, and creative ways, to help burn survivors, especially the children.

This current fundraising effort, ‘Grow Your Stache 2013’ is described on the Facebook page:

Every fall, firefighters and their friends commit to growing their mustaches for six weeks. Competing for best mustache and most funds raised, we have raised over $85,000 in the past two years to help send burn survivors to Champ Camp, a residential camp put on by the Alisa Ann Ruch Burn Foundation. Join us this year as the mustache takes over California and beyond. 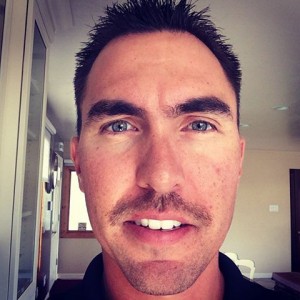 SSFD Captain Todd Rael on day 9 of his ‘stache’ grow

SSFFD Captain Todd Rael has joined this fundraising effort. “I’m trying to grow mine!! But I could use more sponsors!! Any amount is appreciated Every dollar helps!!HERE is the link for my donation page.” 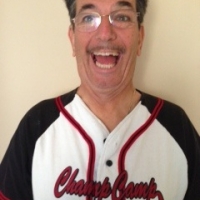 Retired SSFFD Captain Mike ‘Otter’ Gonzalez has also taken up the call and is halfway to his goal of $750, which is the cost to send one child to the Champ Camp. Gonzalez’s donation page can be accessed HERE.

Also joining his fire fighter brothers is Austin Jansen, our drummer extraordinaire in his spare time, whose craft was showcased at the Concert SSF Local 1507 hosted last month. Jansen’s donation page can be reached HERE.

The Alisa Ann Ruch Burn Foundation was born out of the death of Alisa Ann Ruch, she died from injuries sustained in a fire. Her parents are committed to helping to educate communities, especially our children, of the importance of fire safety and prevention. The Stop, Drop & Roll campaign is one of the successes the foundation has put into play.  More safety tips can be found HERE. 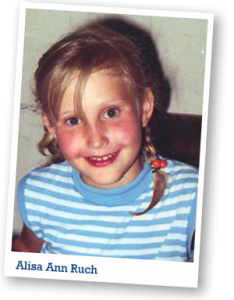 Alisa Ann was only 8 years old when she was fatally injured in a backyard BBQ. Because firefighters see up close and personal the devastation fire does to it’s victims, they have stepped up to bring awareness and funding to this very important organization. Please consider donating a few bucks, it is appreciated, and needed. Do it for the kids.

This current fundraising effort goes to support the CHAMP CAMP, a week long escape for child burn survivors. In this special environment with others dealing with the same challenges, these kids get to be kids, learn coping skills and establish life long relationships, while building up confidence.  All donations are tax deductible. 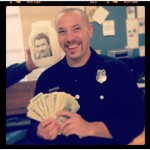 ECHS Alumni Jeremy Silva collecting $ for his Grow Your Stache

El Camino High School alumni, Jeremy Silva, is also working towards his goal to send two children to the Champ Camp through the Grow Your Stache fundraiser. Says Silva in an article we featured last week,  “Medical expenses can easily wipe out a family’s savings and beyond. Most cannot afford to send their child to this week long camp. My goal is to raise at least $1,500 so two children can attend. I look at my own two healthy children and know how lucky we are. Often people do not realize how donations of even $5 and $10 can help achieve these goals.” Silva’s campaign can be reached HERE.

The CHAMP CAMP was especially close to the heart of SSFFD Gary Patzelt, who passed away unexpectedly this past August. His death has hit our department hard and what better way to honor their firefighter brother than to continue raising money for Patzelt’s favorite charity.

The AARBF has a page dedicated to ‘Supporter Spotlight‘ and feature Patzelt: 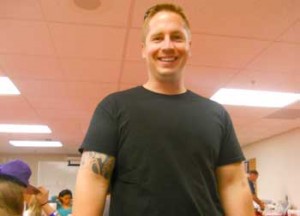 On 8/10/13, his big, loving heart gave out and he passed on to be taken care of by his grandmothers Mary Einarsson and Annemarie Patzelt and his uncle Mark Einarsson. He leaves behind his mother, Ellen Einarsson, father, Wolfgang Patzelt, brother, Kevin Patzelt, his future sister-in-law, Jacquie, and his grandparents, Donald and Mary Einarsson. He will be greatly missed by his Auntie Jill Combs, Aunt and Uncle Hannalore and Andy, Uncles Chris and Bob, cousins Jennifer, Mary, Jeffrey, Jackie and Michael, as well as all of their combined adorable children.

Gary was born and raised in South San Francisco. He attended Hillside Elementary School and Parkway Heights Middle School. After a brief time at Serra High School in San Mateo, Gary joined the football brotherhood at South San Francisco High School as an offensive lineman and earned recognition as All County Lineman for the year 2000. After high school, his unrelenting focus turned towards becoming a firefighter. Having trained with the teams at Woodside Fire and becoming a firefighter with South San Francisco, Gary achieved his goal in 2005. He dedicated his life and his energy to the department and to the surrounding community. One of his greatest passions was supporting the Alisa Ann Ruch Burn Foundation through Champ Camp. 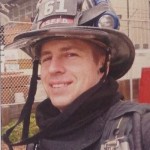 Hollywood joined AARBF and Champ Camp in 2002 and was immediately a part of our family. His big smile and kindness was felt by children and counselors alike. You always knew where Hollywood was during camp because there was always a group of kids hanging on to him. Whether in a tutu, fishing by the lake, or covered in mud from the Gaga pit, Hollywood was always working to make the kids laugh and have an unforgettable Champ Camp experience.

Returning to Champ Camp in 2011 through 2013, Hollywood continued to be a standout counselor. Hollywood’s drive to help others continued beyond Champ Camp; helping to organize a fundraiser with South San Francisco and in chaperoning survivors at the AARBF Outdoor Trip in July 2013. We will always remember his big open heart who would give away anything, including his sleeping-bag, to make the kids happy. We are forever grateful to you Hollywood, you will always be in our hearts!

← SSFUSD School Board Meeting Highlites October 24th
What do cops do everyday? →