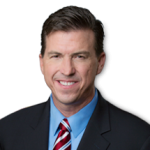 State Assemblyman and South City resident Kevin Mullin is being lauded for bringing possible changes to  a long term practice that enables former part time politicians to collect health benefits for themselves, and in many cases, for their dependents long after they leave office. Thomas Peele, of the Bay Area News Group first broke this story last year when he questioned why council members, school board members and other part time public servants continue to receive health benefits after they leave office. Most folks believe once these elected officials no longer represent them, they no longer receive benefits. That is not true as Peele brings up and this issue has caused much controversy locally.

Peele is well known for his investigative reporting and is responsible for breaking  the story on Bruce V. Malkenhorst who’s salary was listed at $911,000 for his work in Vernon CA (population 113) and the fall out that ensued with CalPERS and lawsuits. Malkenhorst’s pension is listed at $566K + (see CA Public Employee Pension Report HERE)  Peele is a pitbull when it comes to turning over stones and reporting on questionable public spending.  You can follow him HERE

He, along with Daniel Willis, put out an annual reports identifying public employee salaries and compensation as it is public information. Everything South City has shared this report every year and while we need to remember the reports do not state the take home pay, they do show the cost of the agency to employee that person.  Many who have their names and ‘personal finances’ listed comment that the reported amounts are over stated to which Willis responds they take the information directly from public reports. Yet in fairness we do not have the same type of reporting in the private sector or corporate world so all things must be considered.

Peele’s article below explains this new piece of legislation Mullin’s is working on which is timely in light of current debates on health care cost and pension reform.  Mullin is up for re-election this November.  Kudos to both Peele for bringing this to light and to Mullin for taking up this issue.  We look forward to following this as we follow Mullin’s 2014 campaign.

Responding to an investigation by this newspaper, a state lawmaker introduced legislation Tuesday to ban future part-time elected officials from receiving taxpayer-funded health insurance after they leave office.

Assemblyman Kevin Mullin, D-South San Francisco, said he hoped to unburden local governments from costs that can stretch on for decades after elected leaders leave office.

“It doesn’t make sense for part-time elected officials to earn lifetime health benefits,” he said. “The public thinks that benefits expire when the term expires, and that’s obviously not the case.”

This newspaper reported last month that more than 200 former Bay Area politicians receive medical insurance from the governments where they once held office. Some, such as three former trustees of the West Contra Costa Unified School District in Richmond, were elected in the 1960s and have been out of office for more than 30 years.

At the Santa Clara Valley Water District, former director Patrick Ferraro received health coverage for himself and two dependents in 2012 that cost nearly $50,000. He’s been out of office since 1995.

Mullin’s bill would ban anyone sworn in after Jan. 1, 2015, from receiving medical coverage after they leave office.

But his proposal won’t take away the benefit from anyone receiving it now, he said in a telephone interview.

Lawyers for the legislature were quick to nix that idea, defining the perk as a vested right for hundreds of former city council members, school trustees and water district directors.

“We’re trying to do this without causing a ton of lawsuits,” Mullin said. “There may be some legacy costs” for those currently receiving coverage, “but it will eventually end.”

A 1995 law already bans the benefit for anyone elected after 1996 to a special district — such as a water or park agency.

Mullin said he was still exploring whether the legislature could force former officials who receive the benefit through the state Public Employees Retirement System, CalPERS, to pay a larger share of the benefits of the cost.

In some cases, governments are contributing less than $1,500 a year for that health coverage with the former officials paying the bulk of the cost. But others, such as Palo Alto, are paying 100 percent of the expense. That city spent more than $115,000 in 2012 to cover 13 former politicians.

A CalPERS spokesman, Brad Pacheco, said in an email on Tuesday that local governments could require people to pay more of the cost. The legislature could also force such a change, he said.

Ferraro, whose benefits are not through CalPERS, said Tuesday that he can’t support Mullin’s proposed statewide ban.

“I don’t think the bill is a good idea,” he said. Providing the benefit “has to be a local philosophy. All politics is local.”

← How To Read TARGET Clearance Tags & Save The Most!
Ferry not an option as AMGEN cleans up explosion →