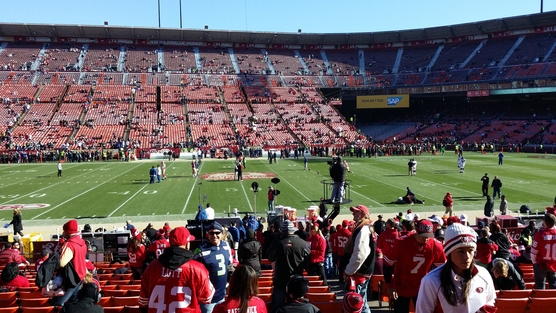 SHARE SHARE SHARE ! PETITION against Seahawks ticket sale snub:
So the Seahawks do not want us in their house? Is this an OK way to keep their ‘home field advantage’ or is it bad sportsmanship? How do you feel about this snub?

Well South City’s John Cain decided not to just stand by while it happens and has started up a petition on change.org:  ‘Football Fans of California: Oppose the discriminatory practices of the Seattle Seahawks’

‘Sportsmanship is an important part of sports. The Seattle Seahawks have thrown sportsmanship out the window as they have chosen to not allow fans from California to attend the upcoming NFC Championship game. By only allowing fans from certain zip codes to attend the Seattle Organization has done a severe injustice to NFL fans.’

Go to the link, sign,  AND SHARE this petition so others can sign it as well. Channel 7 producer Heather Tuggle  has picked up John’s story so you will be sure to hear more on the news ABC7 News

Why are folks eager to sign this petition? Some of those who have signed shared their opinions:

Because sportsmanship is very important in sports and this should be open to all ticket holders.

Because I am a fan of football and if I have the $ for a ticket, I should be able to go to the game.

I’m a San Francisco niners fan, and as much as I like the niners I would never discriminate any other team for any reason to have their rights taken away for supporting their team. I think it unprofessional and prejudice.

The NFL shouldn’t ever allow this to happen

To keep the integrity of the sport

Because it is flat out discrimination

Not only CA residents but 43 other states to include Nevada, where Kaepernick went to college!

She Hawk fans are scrubs at the best of times, management just prove with this selling scheme what a bunch of loser they really are.

What is YOUR reason?